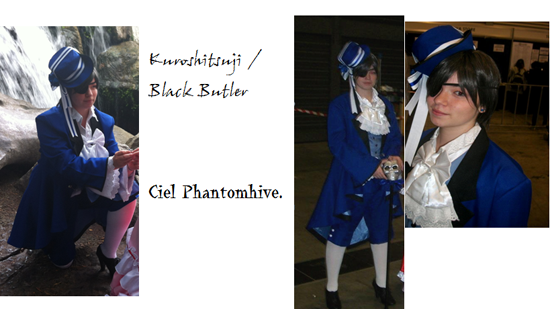 I’ve been cosplaying for about 3 years now. Not a lot but this year Im starting to get into it a bit more. Black Butler is becoming one of my main cosplays – My goal is to get all of the costumes that he wears. Obviously, I was Ciel Phantomhive, the costume is the one from season 1 with the “party” that Lady Elizabeth wanted to have for him. Two of the photos were taken by a friend at Sydney Supanova 2012 and the other was taken at the Chinese Gardens in Sydney. Those shoes I’m wearing are the most painful shoes I’ve ever worn too. 2 weeks later and my toes still feel numb every now and then.