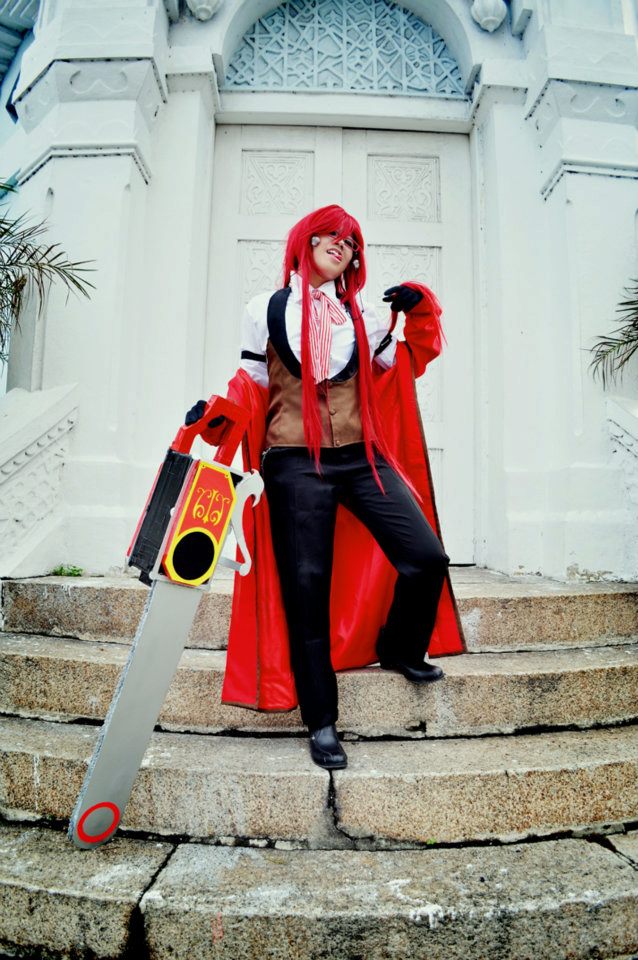 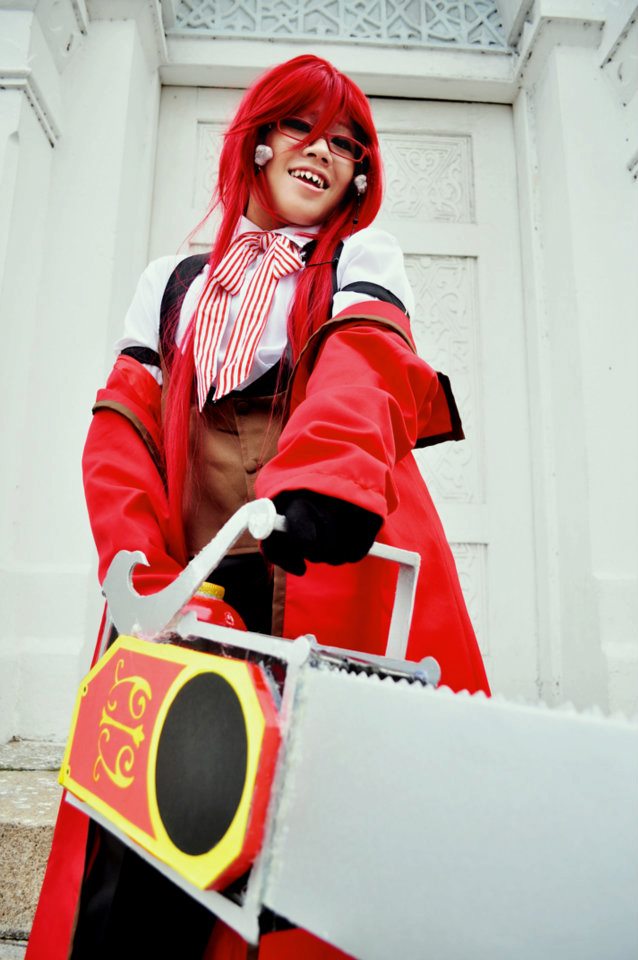 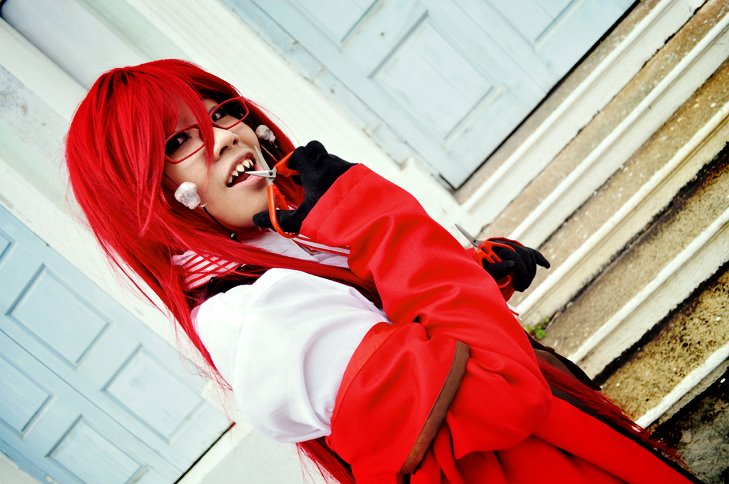 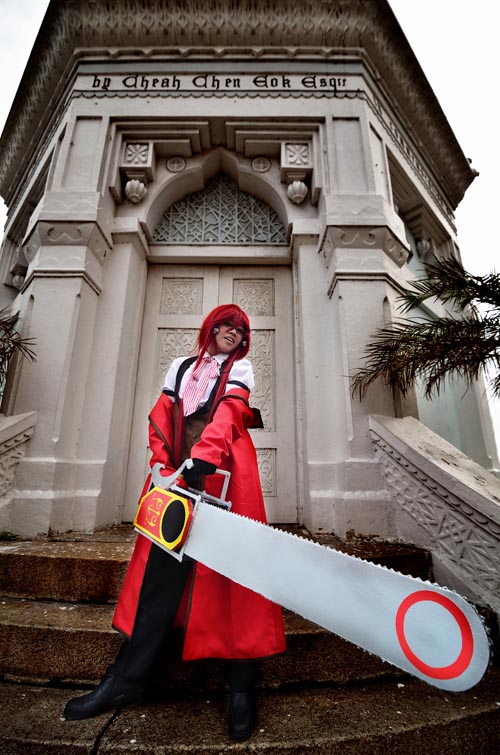 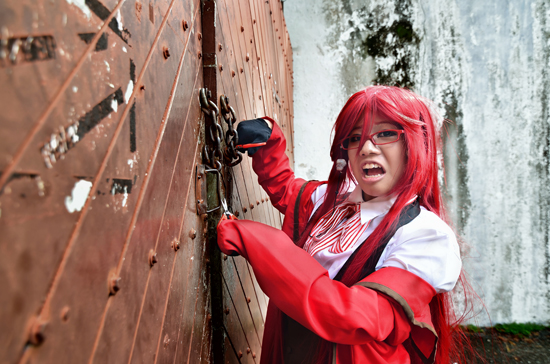 Haiii~~Grell Death! Hmm, I’m a cosplayer from Malaysia, currently still a beginner~ The pictures are all taken around a place named Fort Cornwalis, situated in the heart of Georgetown Penang, a small state in Malaysia. I am cosplaying as Grell Sutcliff and the photoshoot was held early this year and it was quite fun, mainly tourist kept surrounding me, asking what was I doing, which I answered proudly: “Cosplaying!”
Well, Grell is actually my first ever cosplay and I am one hell of an idiot Grell. Jumping around, screaming, fangirling and doing weird poses is actually part of my daily life, so well, I guess I was really into character when I was cosplaying Grell….untill the point where my body would be full of bruises after an event due to Sebastian and William’s sad rejections.
Video:
Taken during Anime Festival Asia (Malaysia) Randomly fooling around~
——————————————————————————————————————————————————————
This post is submitted by Kuroyami Akai, entered in the Black Butler Cosplay Contest hosted by Miccostumes.com.
Winners and Prizes of the Contest:
One winner will be chosen out from every 15 contestants.