Hi friends, after last time’s make up tutorial do you want to know how to style the wig for You? Surprisingly, it was kind of hard! But don’t worry, I’ll show you!

Try this wig if you don’t have one yet, Its’ colour is nice for that weird hue You has.

Your wig is fresh out of the bag. Shake it to let it “breathe”. If it’s a little tousled try spraying it with the wig wonder spray: 1 part lotion, 5 parts water. Brush it out. 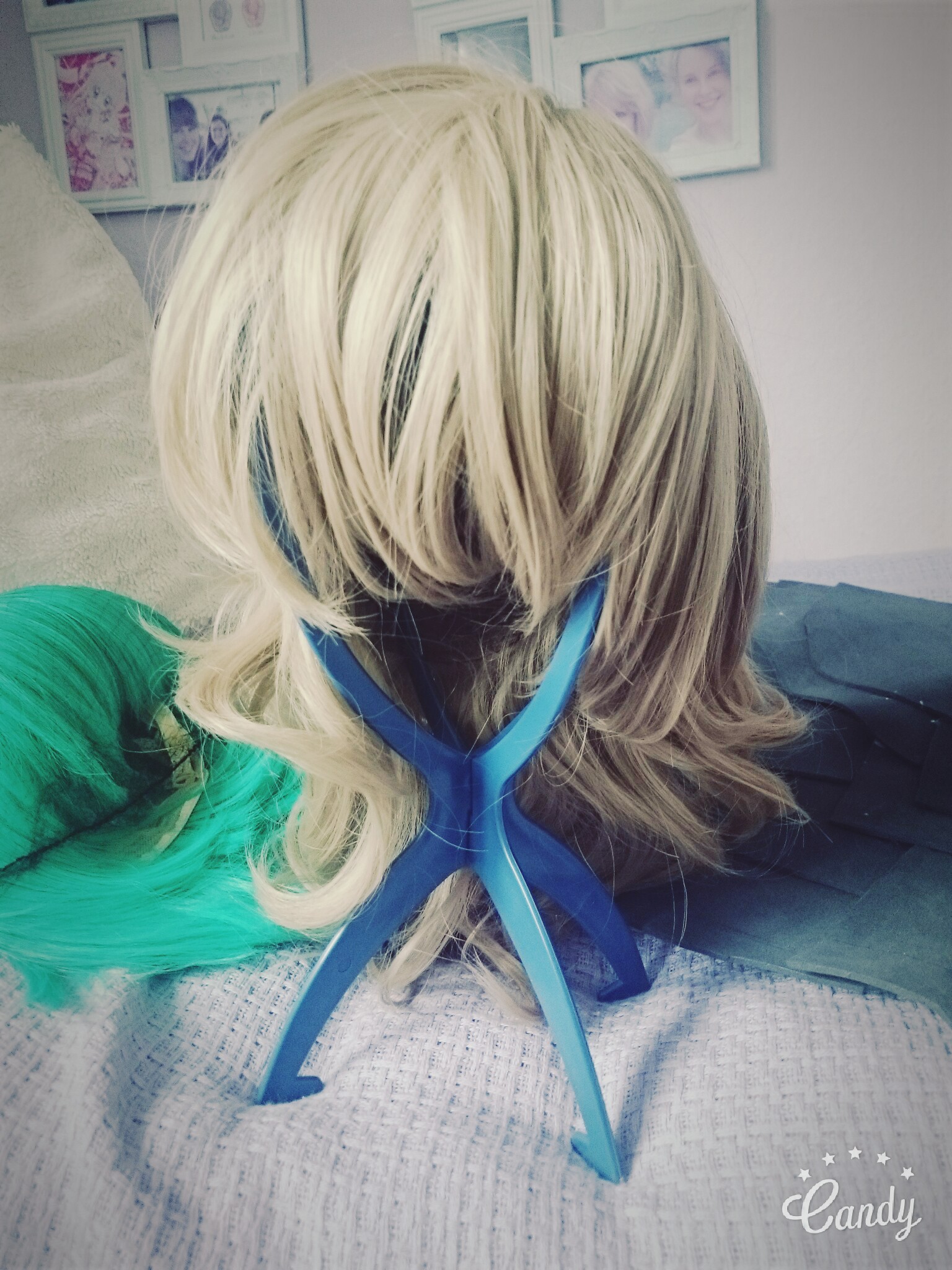 2. When you’re done start separating the hair. You will have to choose which to cut and which to leave. Don’t start cutting right away. Also don’t cut too much! Leave more hair at the sides, you can always cut it later. 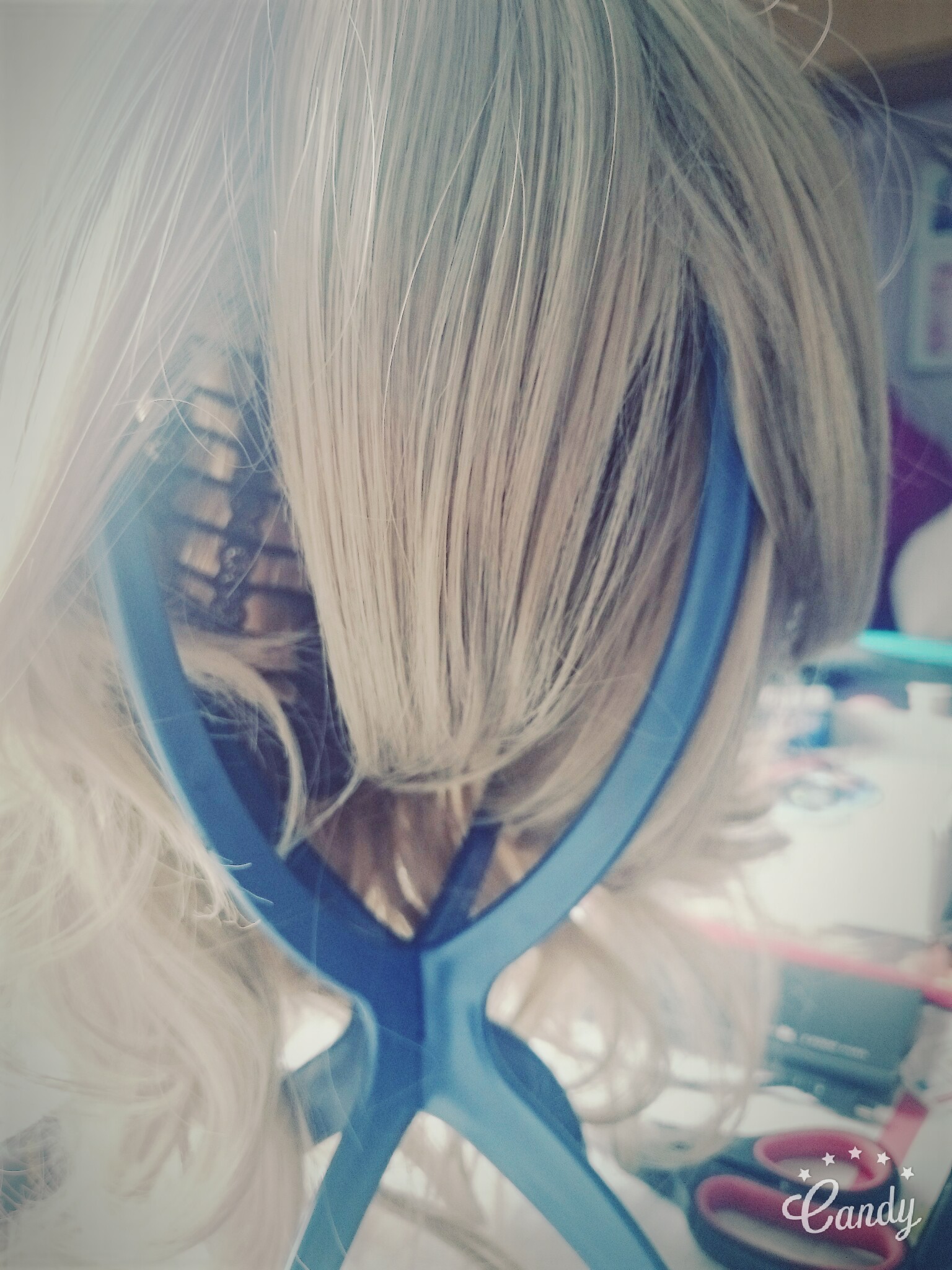 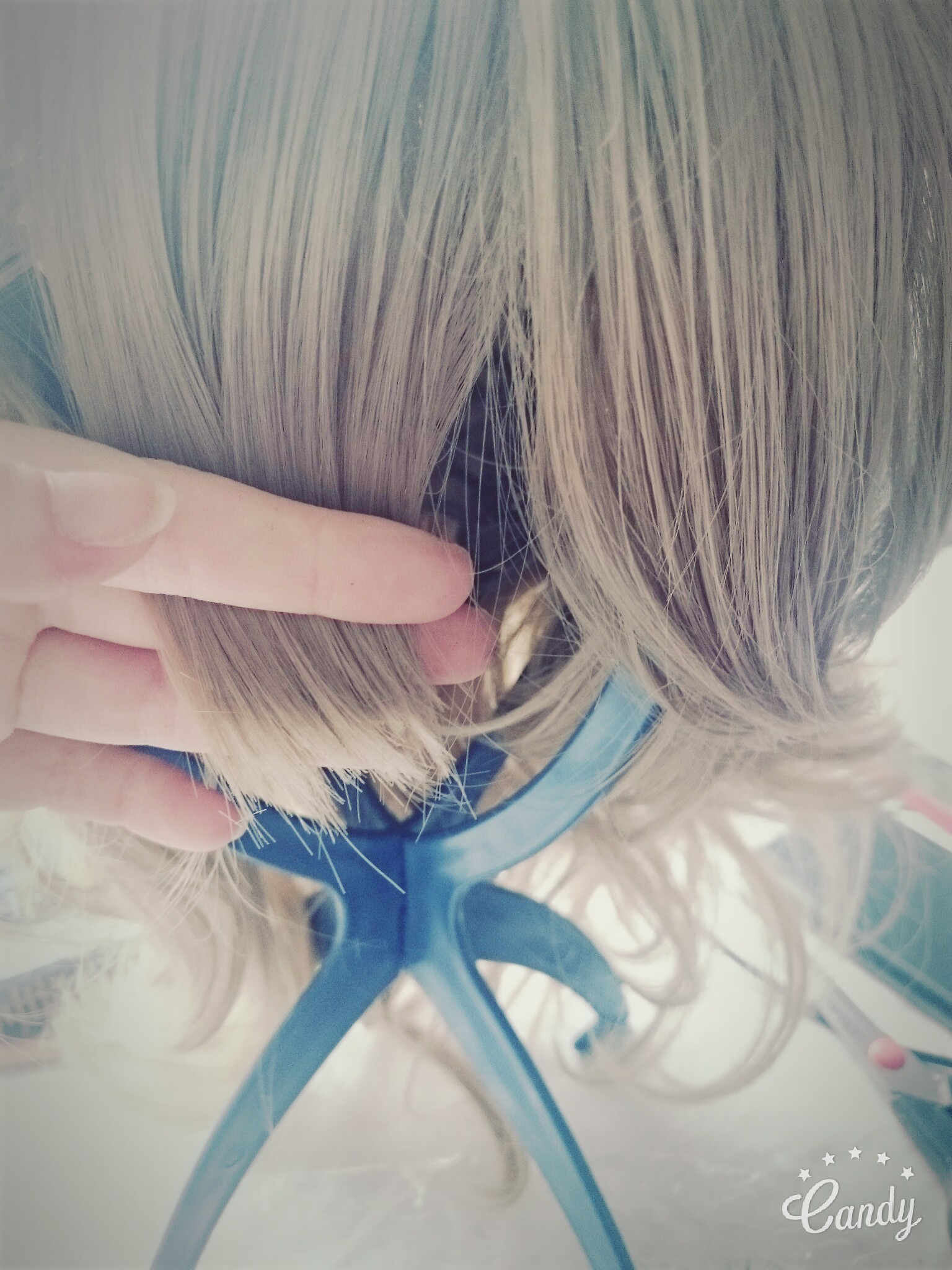 3. When you’ve decided what to shorten grab it between your fingers as shown on the photo. Never cut horizontally, it’ll look like a helmet. Always cut vertically and you’ll get that nice uneven anime look. Don’t try to make it perfect on the first try, cut more later if it’s needed. 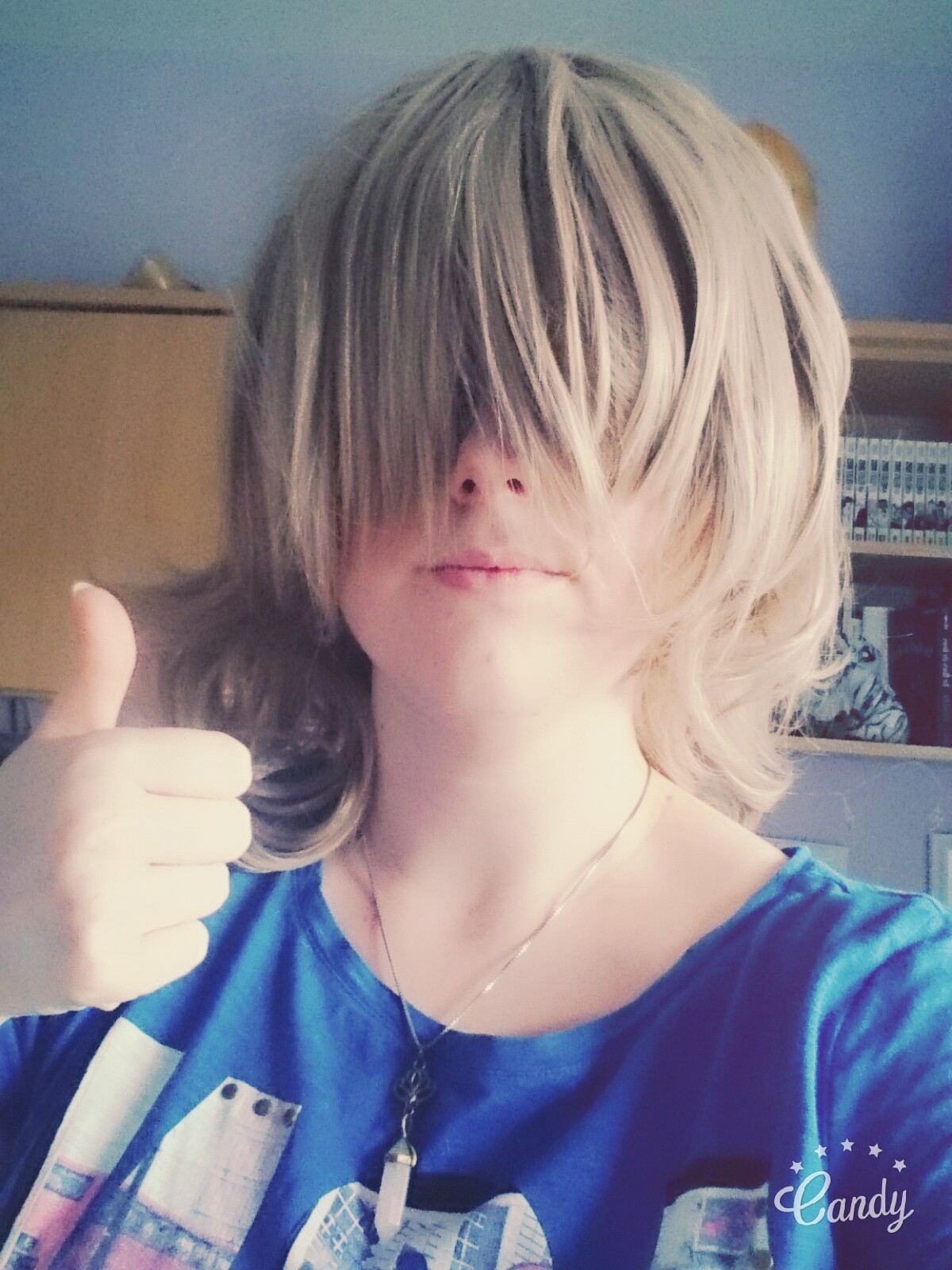 4. So as you can see I had to cut more. Now don’t get enthusiastic and shorten it too much! 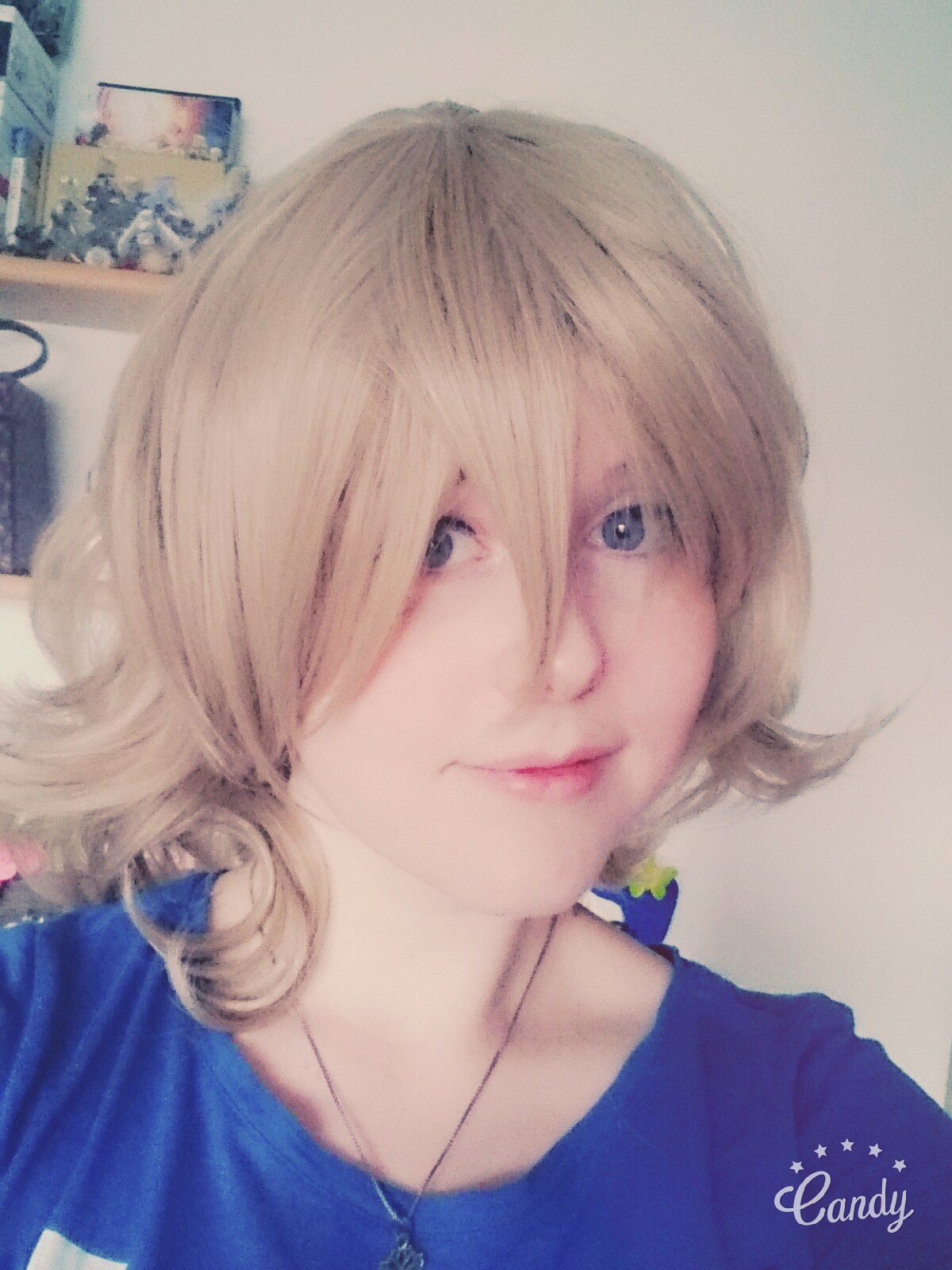 As you can see…. It’s still too long.

5.Now be very careful with your scissors, cut away as little as possible as often as possible until it is perfect. After you’re done just try to grab the strands to get the bangs and with hair clips secure the hair on both sides. Keep styling until you’re happy! 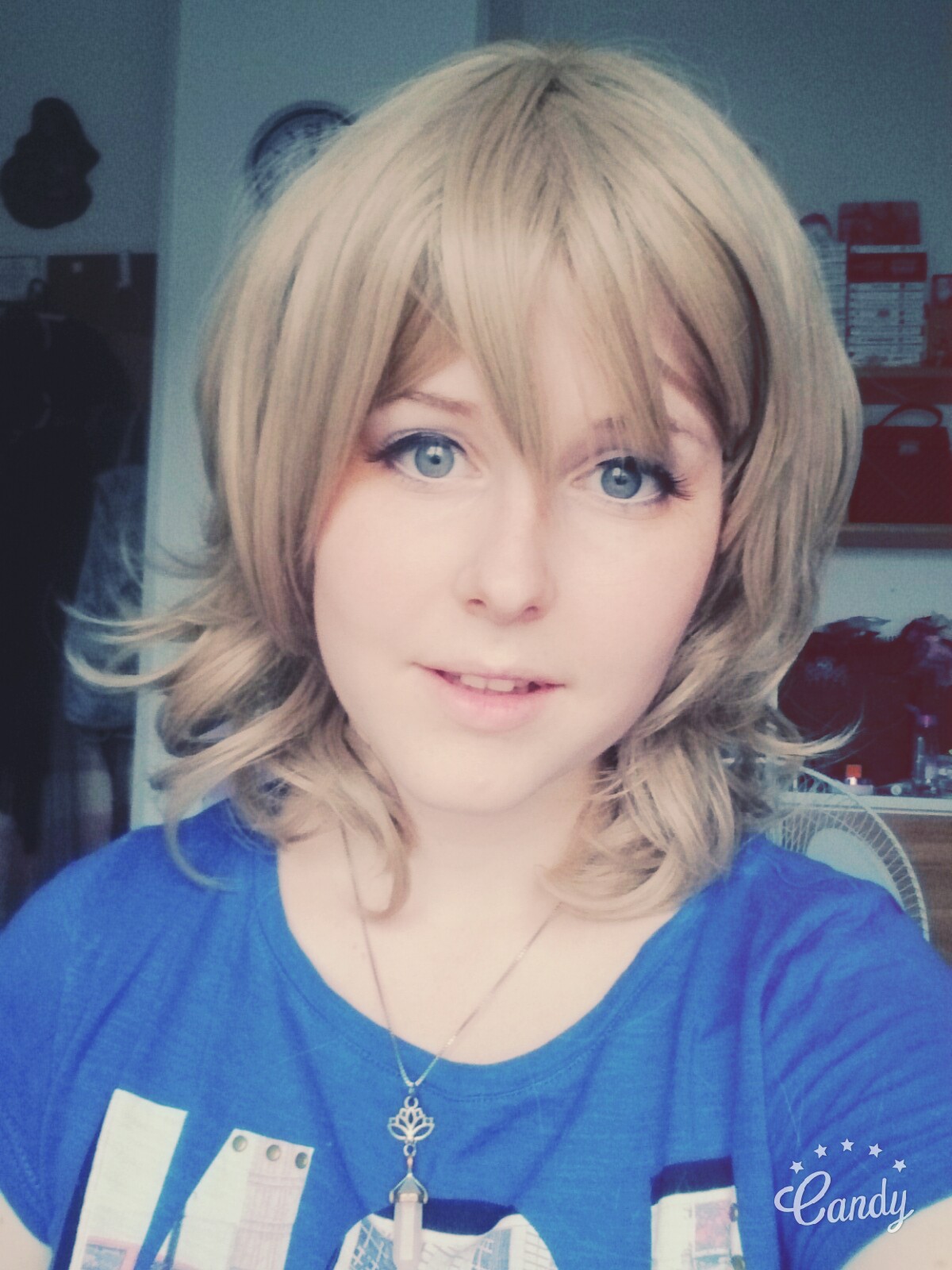