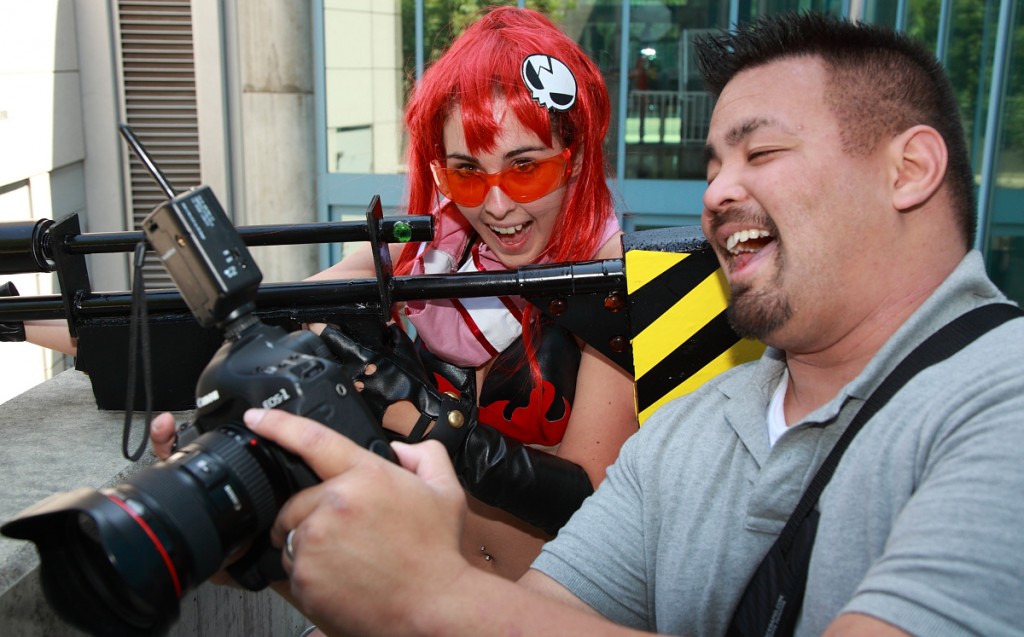 For cosplayers and photographers, they will not need to enter into the stage while taking photos. In other words, they will always stay in places out of the arena. Thus, staffs can’t have an overall management for the shooting environment on the cosplay occasion. In this case, the order can only be maintained by photographers themselves, which implies cameramen’s self-discipline takes an important role in building a great photographing environment.

Do not shoot at “no photos” places. It’s known to all that it’s selfish and irrespective about other visitors to shoot in a rather crowded booth area where photographing is forbidden. A roadblock will form, which causes big inconvenience for other spectators and also traffic jams. This behavior will be unfriendly to other people in the same industry.

Do not carry doubtful photographic equipments. When it comes to photographic equipments, cameramen should avoid suspicious apparatuses like see-through O-ray cameras. Besides, when photographers carry heavy equipments like big flashlight and tripod, they should pay close attention to their movements. After all, being hit by tripod or feeling a suddenly big flash in the front will be rather uncomfortable for cosplayers.

Get permission from cosplayers. Before taking a photo, photographers should get permission from people who will be shot. And it’s a very impolite behavior to take a photo without the photographed person’s approval. Besides, do not ask cosplayers to pose unfavorably or dangerously. Cameramen should respect cosplayers because this performance is really toilsome. Do not disturb them if they feel uncomfortable or haven’t finished dressing.

These etiquettes should be observed by not only cosplay photographers, but also all people present on the cosplay conventions. Certainly, a favorable environment enables you to have more fun.