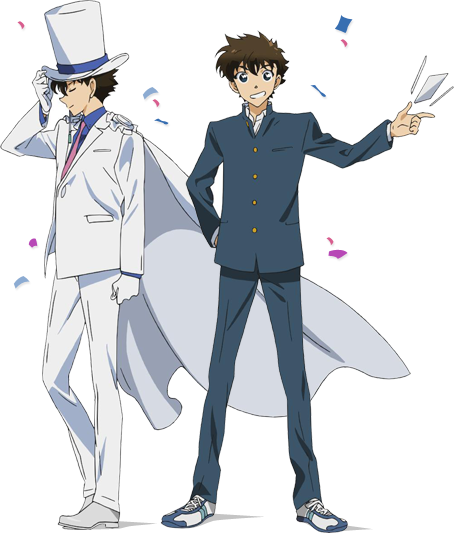 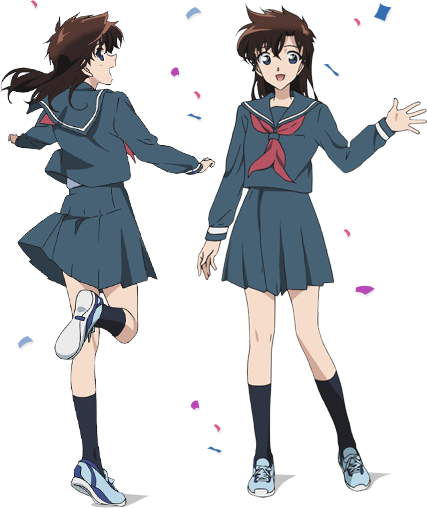 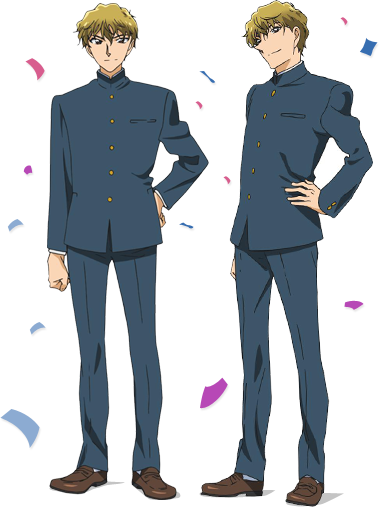 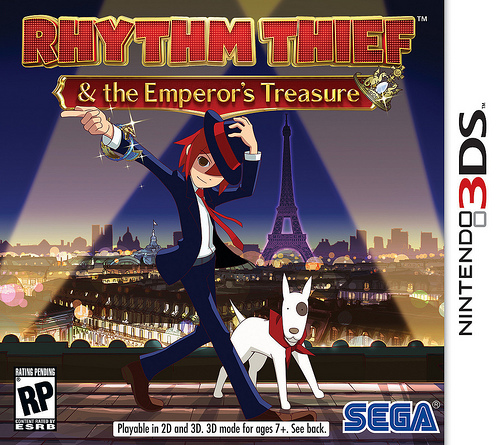 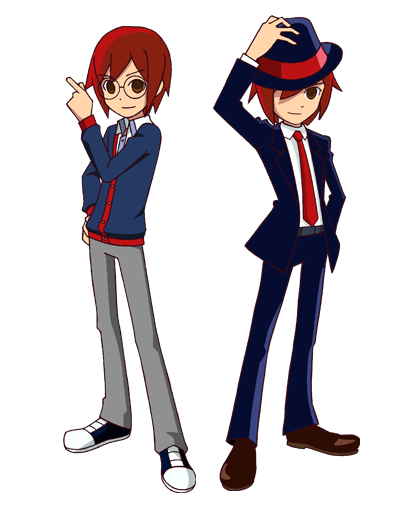 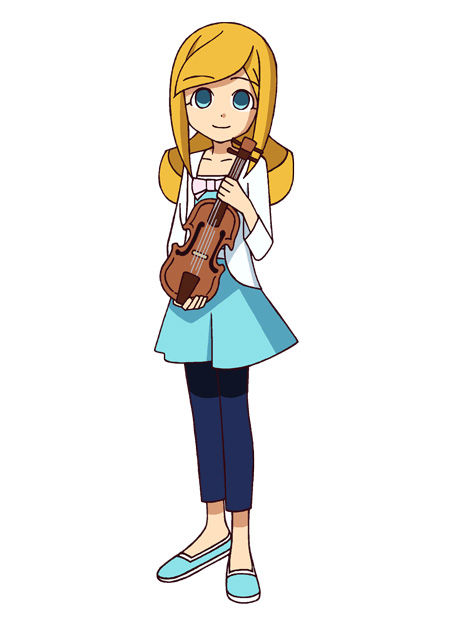 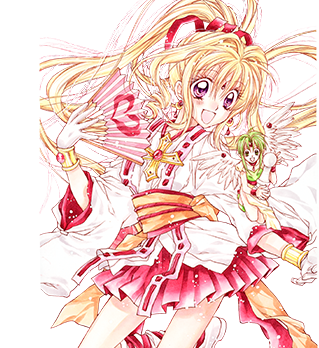 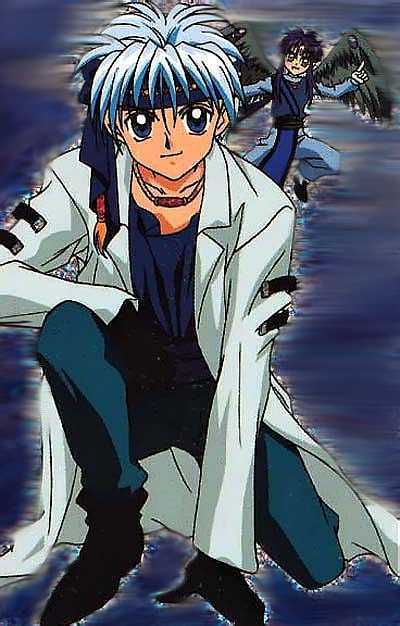 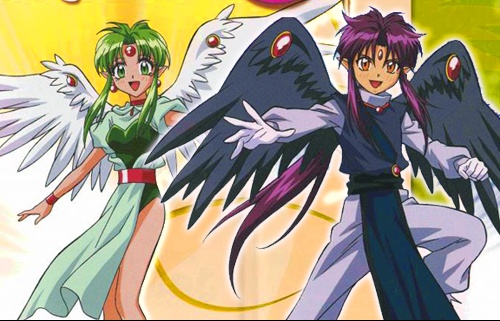 A phantom thief with admittedly less noble goals than the ones above, the eponymous Kaitou Joker loves to go after treasures as rare and flashy as his bright red and purple outfit. However, even if his aims do not include saving God or uncovering the truth surrounding a missing parent, the proud Joker adheres to the age-old phantom thief code of honour and makes sure he sends the treasure’s owner a notice in advance so they can prepare for him, making it a fair game of wits. Despite the show mainly appealing to children, the antics of Joker and crew are capable of entertaining an older audience, too! 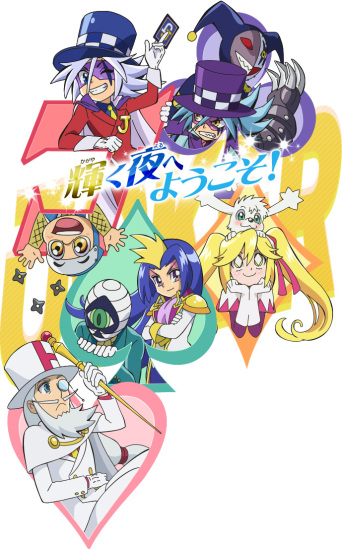 Top: Joker next to his enemy, Shadow Joker, and the main big bad of the series, Professor Clover.

Middle: Hachi, a young ninja who decides to follow Joker after witnessing his miraculous escape from atop a skyscraper. Beside him is Dark Eye, the assistant of the blue-haired Spade. Spade has been Joker’s friend and rival since childhood, along with Queen, who is next to him. Her companion is the talking dog, Roko.

Bottom: The man who taught Joker, Spade, and Queen everything they know about what it means to be a phantom thief – the legendary Silver Heart.

I confess, this is a series I have not yet watched or read (forgive me!) – however, as one of the most popular and oldest phantom thief franchises of Japan, Lupin III deserves a spot on this list.

In this story, Arsene Lupin III (a.k.a. Wolf) is the grandson of Arsene Lupin, one of the earliest phantom thieves (known as a “gentleman thief” during his time). As the world’s greatest thief, his adventures take not only him and his gang all over the world, but also Inspector Zenigata Kouichi, who has made it his life’s mission to capture Lupin. However, Zenigata is constantly outsmarted by him, the sharpshooter Jigen Daisuke, and swordsman Ishikawa Goemon XIII. Although the Inspector cannot catch up to the thief, the devious Mine Fujiko often does, both as a comrade and a rival. 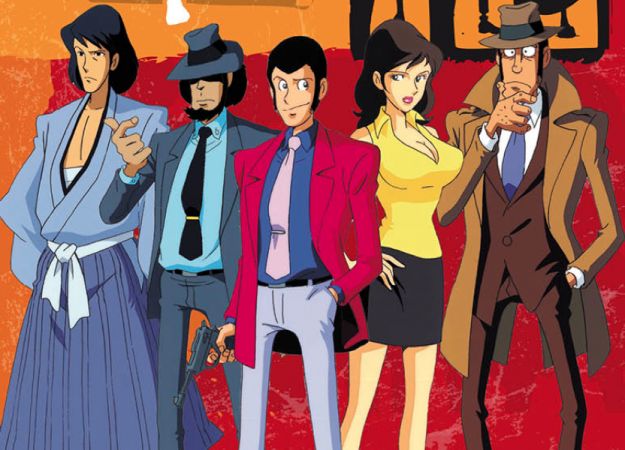 Consistency is not favoured around these parts, but hey – more variety for you guys, but I guess more laundry for them…? 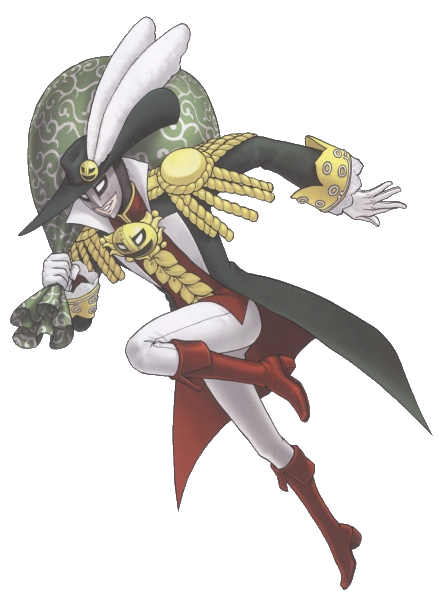 A man with an outfit that speaks louder than everything on this list, and a story just about as bizarre as his naming sense. Although his first heist was a great success, his attempt to conceal his identity and divert suspicion was not. Mask☆DeMasque’s grand plan involved stashing his costume in a nearby bin, then donning his day work uniform and pretending to investigate the crime scene. However, somebody spotted the costume and found out that the thief was actually Ron DeLite, a security guard. What they didn’t find out, though, was that Ron decided to become a thief because his meagre paychecks couldn’t support his beloved wife’s tendency to spend really, really big.

It only gets more ridiculous from here, but I guess you’ll have to find out what happens during his trial by picking up a copy of the DS/iOS game Ace Attorney: Trials and Tribulations! 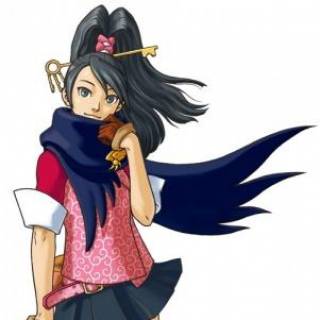 Although not in the same game (find her in Ace Attorney Investigations!), Kay Faraday is the heir of the “Yatagarasu” title, a thief who prefers to steal and expose the illegal secrets of those who wish to stay hidden 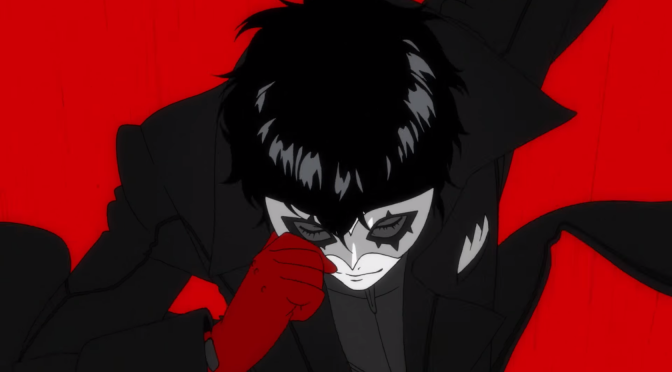 This highly anticipated game has been scheduled for release this year, and although there is not much I can write about so far, the designs and trailer (which you can view below) are simply spectacular so I thought it was worth mentioning!

While we are waiting for this game, why not catch up with the previous Persona titles if you haven’t already? Persona 3  and 4 are the most popular, with many sequels and adaptations, but 2 and the original Persona are worth experiencing too. Don’t worry if you can’t or  don’t feel up to it, as all the titles are standalone.

That’s it for now – I hope you guys enjoyed reading this list! Of course, it does not cover all the other wonderful phantom thieves out there, so give them a share of the limelight they deserve in the comments!