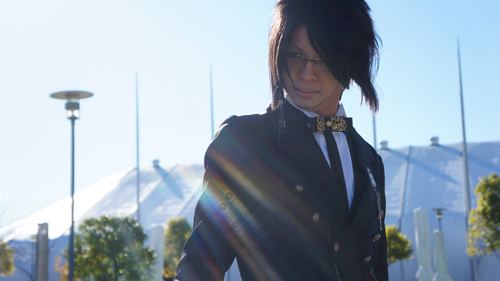 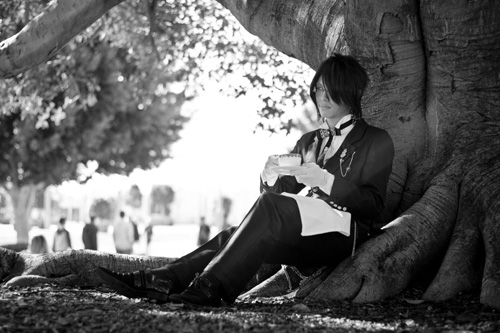 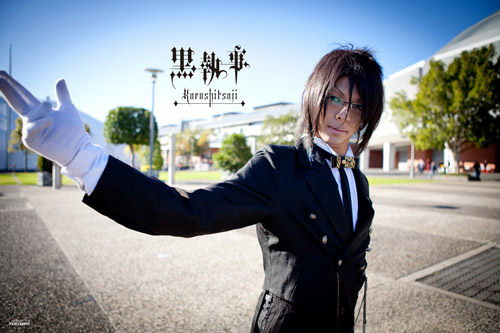 Cosplaying as Sebastian Michaelis, as you can see （´∀`）. While the costume’s humble beginnings were downhill and not well regarded, I plunged in and took time to rethink and change my cosplay. I like a more exquisite look from his side, and while his overall costume was an easy setup, I added a few touches of my own; glasses, earpieces…even a cup of tea (with real Earl Grey) and a table cloth during conventions. I wore this on numerous occasions in Australia (conventions, clubs, zombie walks etc), and still striving to make it more outstanding than it ever was. His seriousness and endearing mannerisms are quite exemplary to portray in cons and are always highly regarded by the attendees. And he’s an amazing butler, full stop. (`･ω･´)
Now…all I need is a cat.