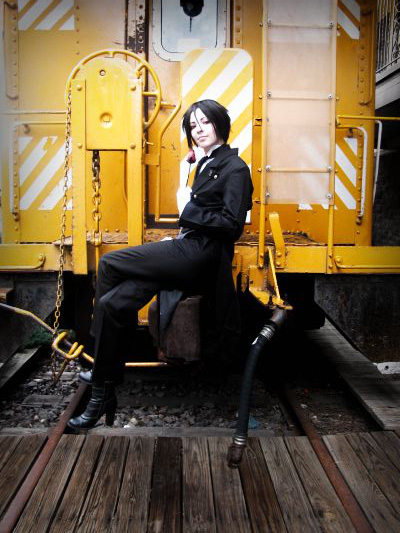 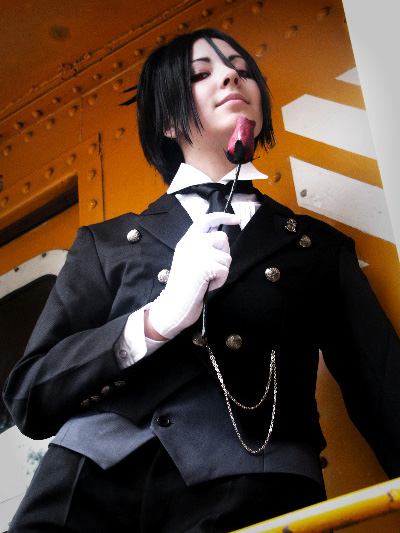 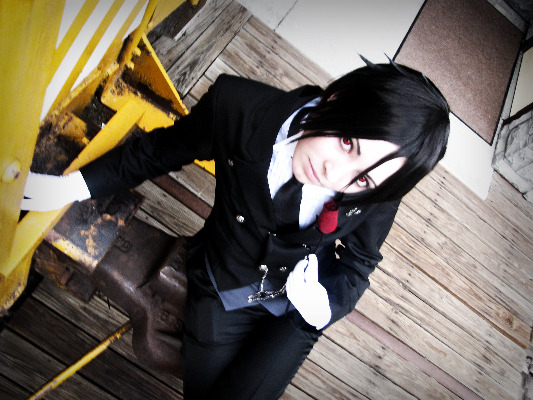 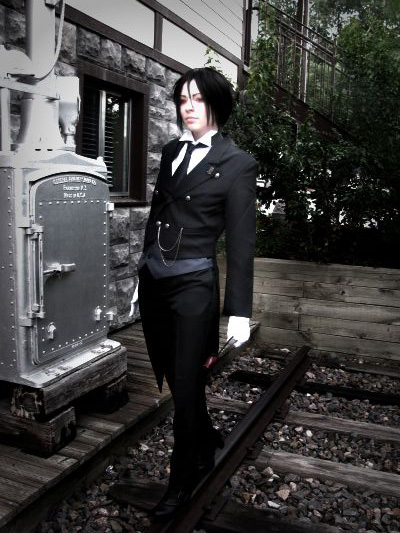 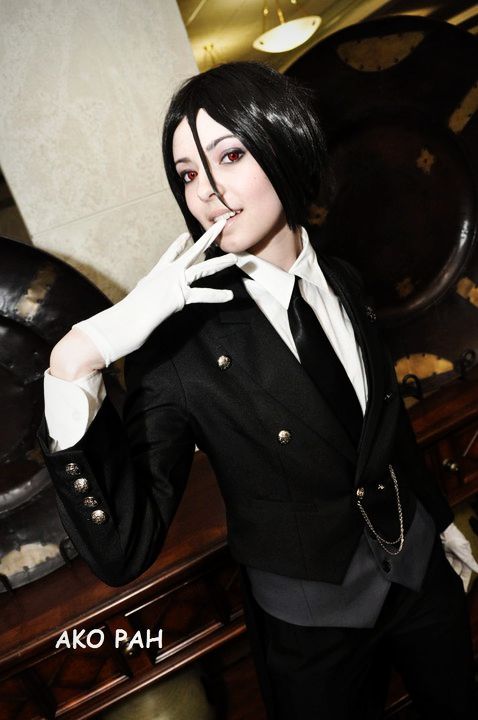 My cosplay is of Sebastian in his famous tailcoat. The pictures were all either taken from a photoshoot or around a convention, either Nan Desu Kan or Animeland Wasabi.
Sebastian is the notorious butler of young Ciel Phantomhive and what isn’t there to love about the demon who just so happens to be “one hell of a butler”? A lot of time went into constructing the costume and everything had to be perfect, even the buttons have the Phantomhive insignia on them. From the pocket watch that works to the spikes on the hair, I did everything I could to make the costume as accurate as possible. I love the show Kuroshitsuji and cosplaying from it quickly became a dream of mine that I very swiftly fulfilled. I made roses, trays, and knives for that special little touch. Sebastian then became one of my favorite and most enjoyed cosplays.