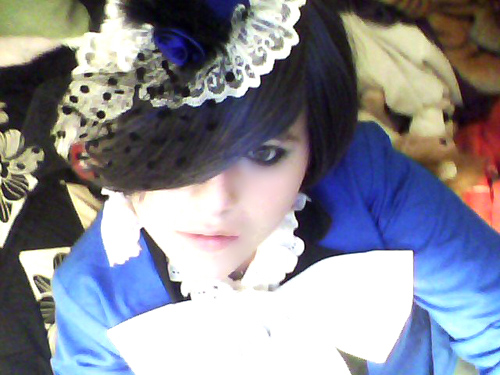 this was a photo i took while i was in a well semi mad hatter mood. it was a part of a 5AM head shot photoshoot for my ciel cosplay. 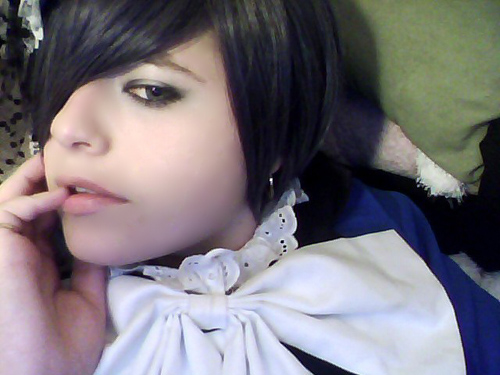 this photo was also a part of the 5AM headshot photoshoot for my ciel cosplay. 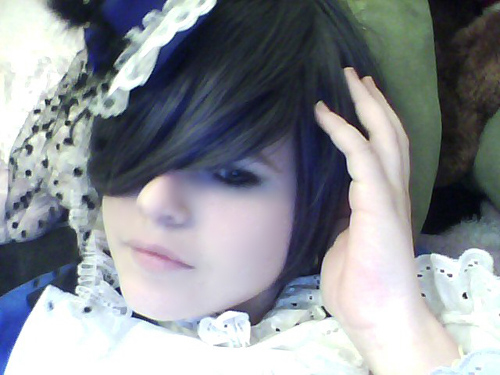 this is another photo taken during the ciel phantomhive headshot photoshoot. this is one of my favorite photos by far. 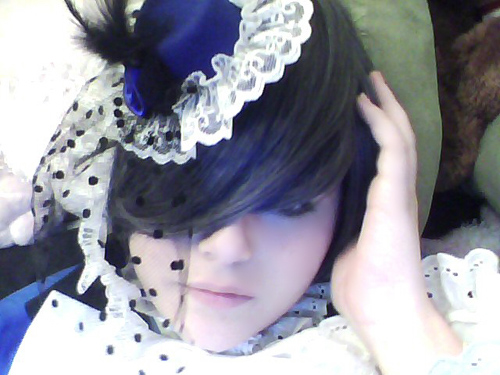 this is a sweeter picture of ciel phantomhive. also its another picture from out ciel headshot shoot XD

my name is shealyn combs. my cosplay name is ve-twin. i goto alot of conventions on florida i live in a small town with nothing to do XD
cosplaying kuroshisuji/black butler is ALWAYS FUN. one time in walmart i was walking and this women had asked me if i had won the lottery because i looked so fancy!
my cosplay is ciel phantomhive. black butler is one of my favorite shows of all time. its a great anime. i would LOVE to expand my black butler cosplays but money is slightly tight so buying new cosplays is sometimes hard. and i NEVER have the tiem to make them. i have won alot of contests at cons with my ciel cosplay but this is my first online contest.