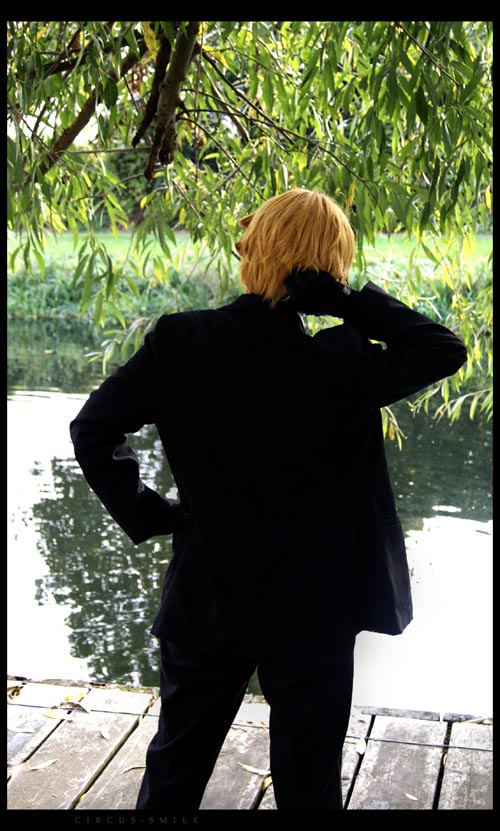 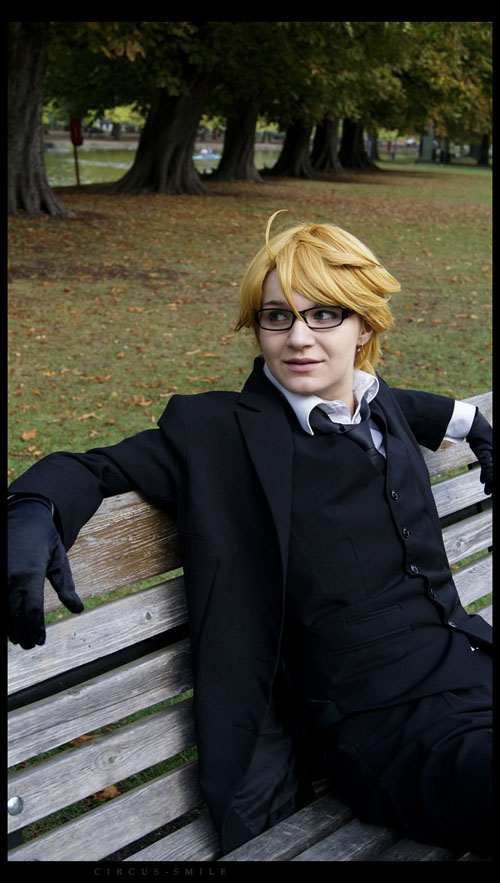 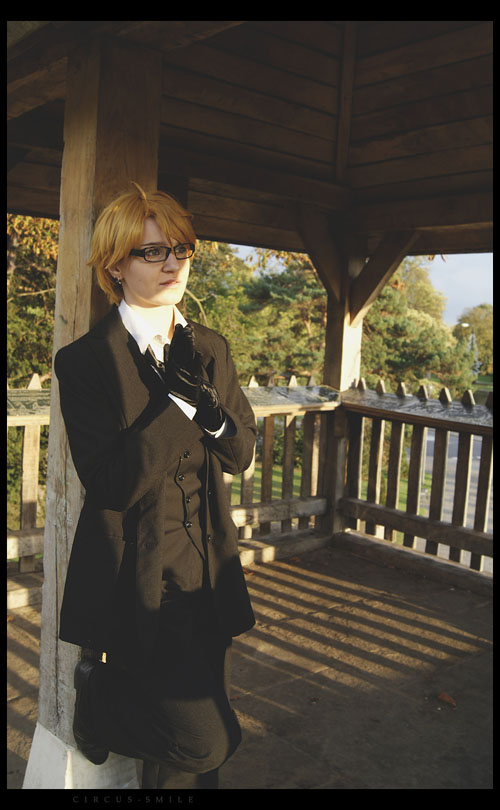 Hi, I’m Emil. I’m 20 and I live in Bedfordshire, in the UK; but not for long. I will be moving to Street (Somerset, UK) in about a months time.
I’ve been cosplaying since 2008, my first cosplay being Gaara (from Naruto). I started cosplaying from Black Butler (a.k.a. Kuroshitsuji) in 2010, my character of choice back then being William T. Spears. I continued reading the series manga and discovered Ronald Knox further down the line, of whom I felt I suited better and switched from William to Ronald.
In these photos, I was cosplaying Ronald Knox from Black Butler. These photographs were taken by circus-smile, on deviantART, of whom is a very skilled photographer; in October 2011. We decided to go down by the river in Bedford.
I chose not to dye the lower part of my wig because I follow the manga, and Ronald’s hair isn’t coloured like this entirely in the manga. I tried to focus on styling the wig almost exactly like how the style’s portrayed, as I feel it’s rare for others to pay much attention to Ronald’s hairstyle. I have naturally green eyes and I put together everything, bit by bit, gradually increasing the accuracy of my cosplay. I now have white Oxford-styled brogues, for example; whereas my shoes are black in these photos.
I would like to continue cosplaying Ronald in the future, I have friends interested in cosplaying the other Grim Reapers with me.