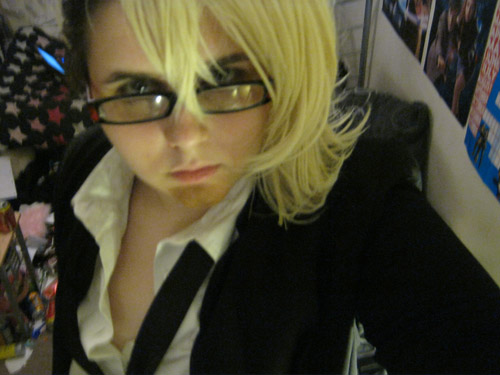 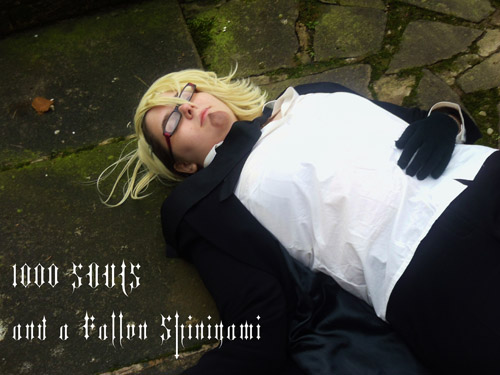 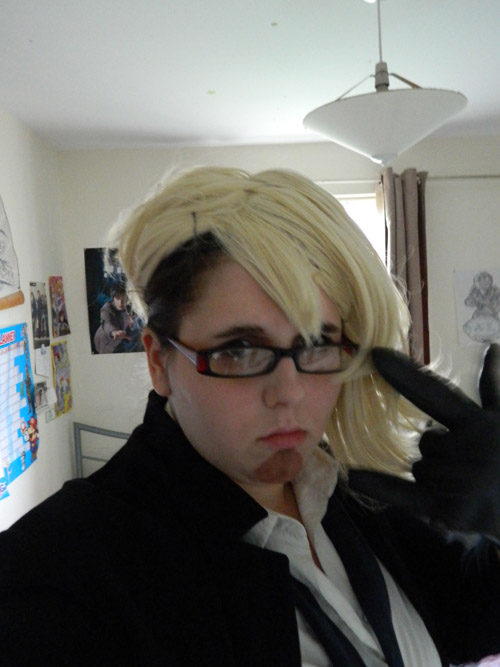 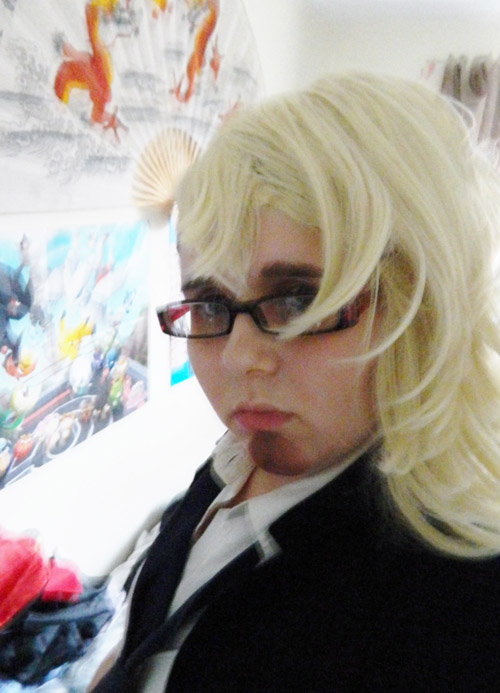 Hi i’m Laurel an i am cosplaying Eric Slingby from Kuroshitsuji musical 2: The Most Beautiful Death In the World.
I cosplayed Eric as my friend Neoma wanted to cosplay Alan but no one cosplayed Eric so i suprised her by getting on skype dressed as Eric Slingby.
Since then a group of Friends an i are working on an English Adaption of the musical which i play Eric Slingby in.

<- here is a link to a video of a cast announcement where you see myself as Eric Slingby.