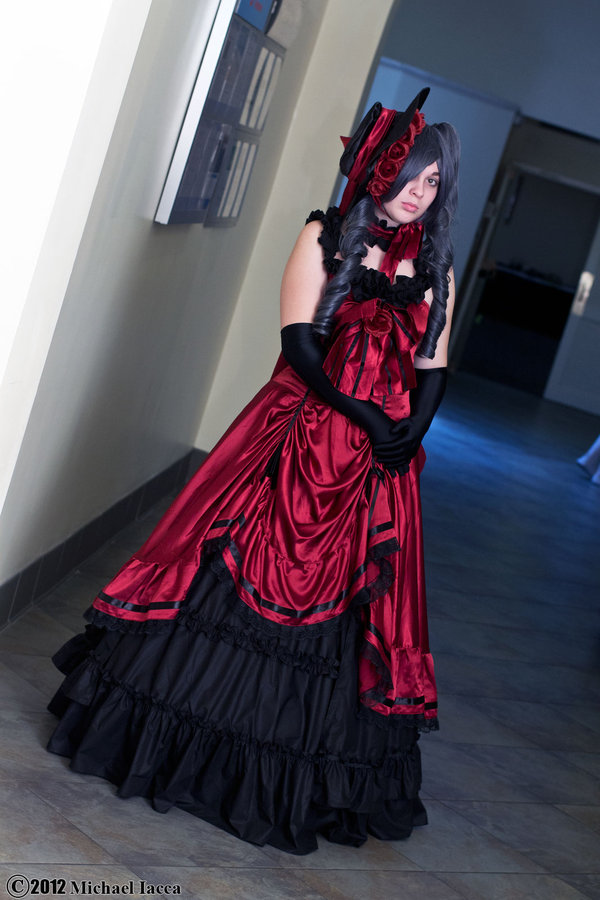 In this picture I am wearing a variation of the dress ciel wears. instead of the pink, white, and black it’s a red and black dress. This photo was taken at the international palms resort for the convention FAE (florida anime experiance). As you can already see the character is Ciel Phantomhive also known as Lady Robin when he is in the dress. The dress is made out of high quality satin for the top half and a high quality polyester fabric. under the skirt there is also a full length petticoat

this picture of me as Ciel/Lady robin was also taken at FAE this is a close up of the more detailed top half. it was actually taken outside of the hotel but the way the photographer edited it, it was amazing, it looked like an old photo from way back when. 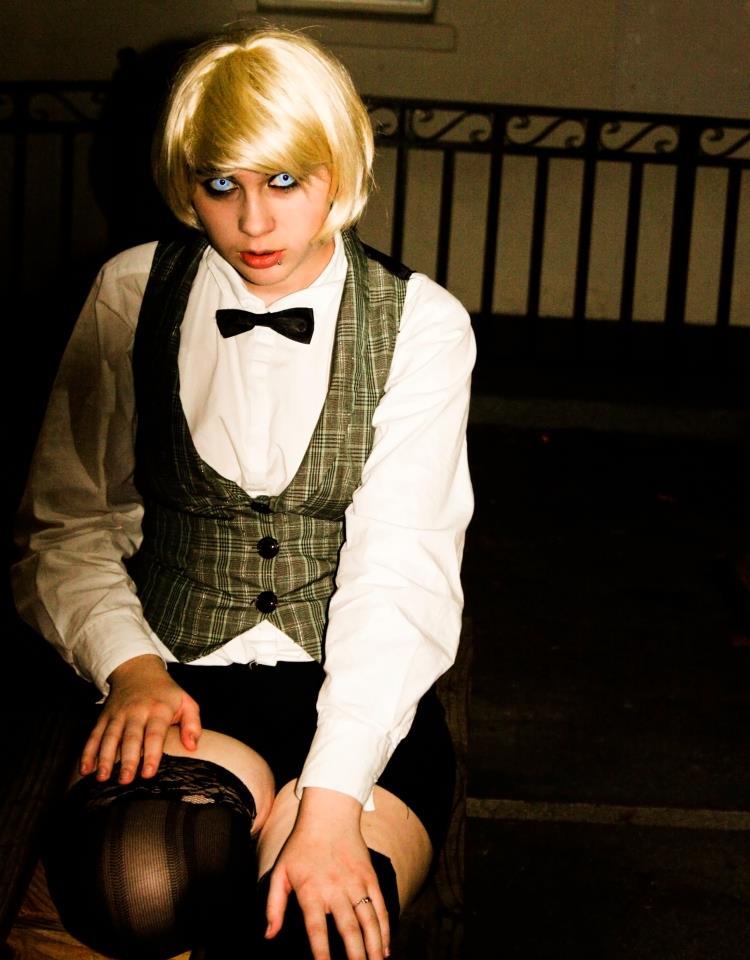 The character is Alois Trancy, This picture was actually taken at a catholic school late at night. the eyes were not edited to the slightest these were actually really bright contacts, The cosplay itself wasn’t finished (mostly cuz i needed the jacket and the boots but i loved the look. absolutely stunning in this picture. it gave it a more of an interesting persona, in my prospective. 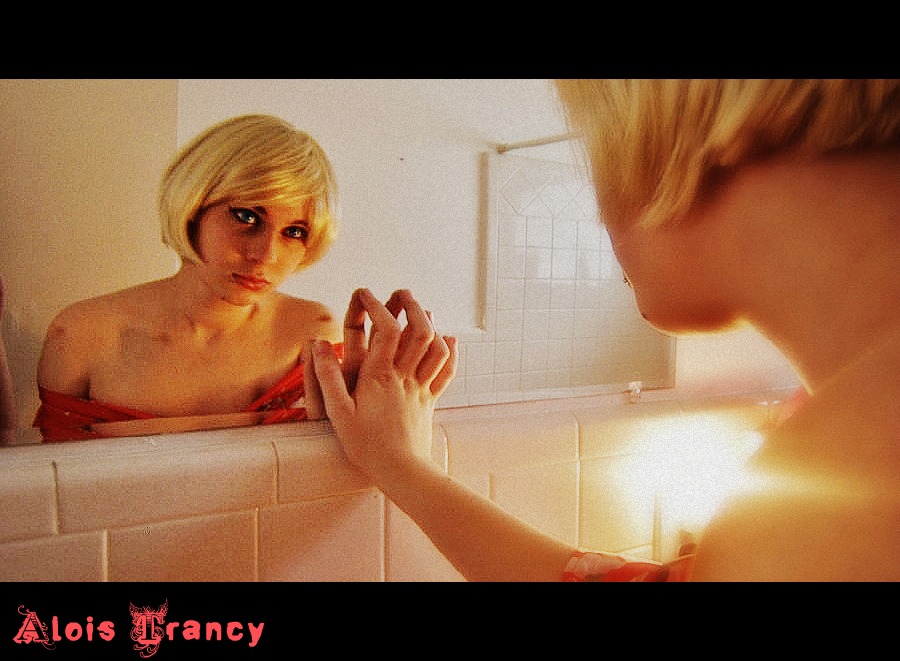 This character is once again Alois Trancy all though in this picture he is represented as Jim McCain, when he was kept as a pedophilic harem, for the head of the Trancy estate. when i did this picture i put myself in Alois shoes. What he must have felt through all of it. When i thought about it, i think he thought of himself as a low life and thought very badly of himself. so when i did this i stood infront of the mirror thinking that, i didn’t even like looking at myself. And this is how i got the idea for this picture. as for the “bruises” it was made out of mixtures of eye shadow colors. the kimono isn’t the official one but i thought it went nicely. During this photo i also wrote a poem that reflected alois and the song “the full moon slightly chipped”.