Cosplaying as Lucy Heartfilia from Fairy Tail? Looking for a whip to complete the look? All you can find online are SM and fetish related items that cost over $20USD? Well I’ve been in that situation >.<’  This tutorial will show you how to make your own cheaper alternative!

• Cardboard tube with a decent diameter for you to hold. You can try asking the fabric shop assistant if you can have the cardboard rolls they plan to throw out. The shop I went to gave me all of theirs for free…like 15 rolls…. Must.Make.Keyblade!

• Maybe some polyester stuffing. You only need this if the cardboard tube is really wide.

1. Cut your black fabric into 4 strips roughly 10cm wide. You want to keep the 2m length so cut on the side of the fabric. (if your tube is wider try 5 strips)

2. Fold each strip in half and sew it down. Do this for all your strips

3. Now for the time consuming part… pull the inside of the strips out so your sewing is hidden within. A fast way of doing this is to get a paper clip and bend it out to form an “s” shape, then using sticky tape stick one end to a thin stick so you get a stick with a hook on it. Put it though the fabric strip all the way to the end, hook it into the fabric and pull it out.

4. Once all your strips have been pulled out, lay them on top of each other and sew a line 15cm from the edge.

6. Cut out 2 curved triangles from the interfacing and iron it down to black fabric, leaving a 1cm edge around them.

7. Fold the 1cm flap into the triangles, iron down and sew around.

8. Get the end “Z” of the plait and hot glue it onto one side of the triangles. Then hot glue the other triangle on top of this.

10. Cut off 15cm of your cardboard tube and paint it brown. Leave to dry

11. Measure 1cm from both ends of the cardboard tube and make a small mark with a pen. Using hot glue, stick white ribbon onto the tube at the 1cm line.

12. Slide your plait into the tube. If it is loose add polyester stuffing into the tube and seal it off with some scrap black fabric by hot gluing it in.
Here’s what it should look like!

Check out my deviantart page if you like this tutorial and my other tut on how to make your own Lolita maid headdress.

Lolita fashion is based on the aesthetics of the Rococo and Victorian periods. The most classic colours used are black and white. These colours are perfect for those who are new to Lolita fashion. Lolita headdresses are typically rectangular in shape and generally have a focus point that runs along the middle of the headdress and lace trims for the edges. Repetition and balance are also key aesthetics that we have to keep in mind when designing our headdresses. 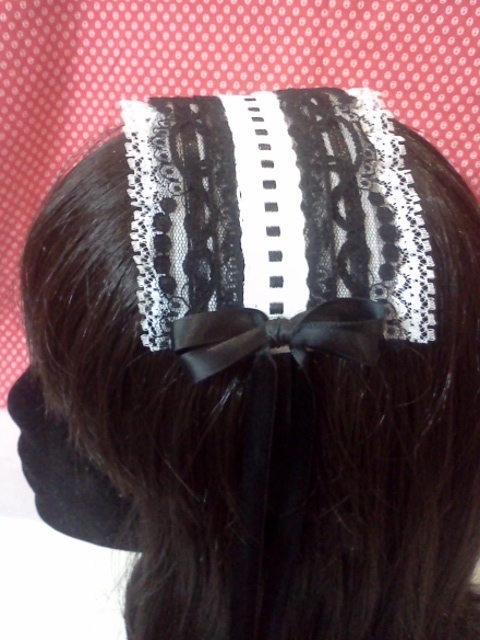 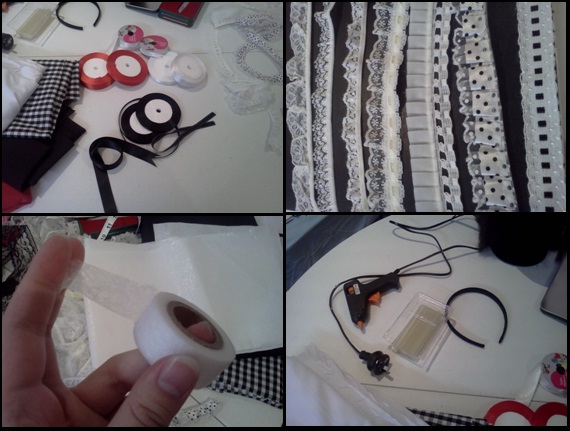 • Light cotton fabric – this is our base colour
• Interfacing – this will strengthen the fabric and make it easier for us to work with
• Fabric binding glue – can be sold in a small roll or by metre. This looks like a web and is used for appliqué.
• Ribbon – find a colour that suits nicely with your base fabric colour. A ribbon colour that is opposite to the base colour is usually pleasing to the eye and it also gives emphasis.
• A variety of lace trims – the reason for a lot of different ones is that you never know a certain type may look better when you are putting fabrics together 😛
• Plain black headband/hair band
• Hot glue gun and glue

Here are some examples of different types of headdresses you can make when playing around with fabrics and lace. 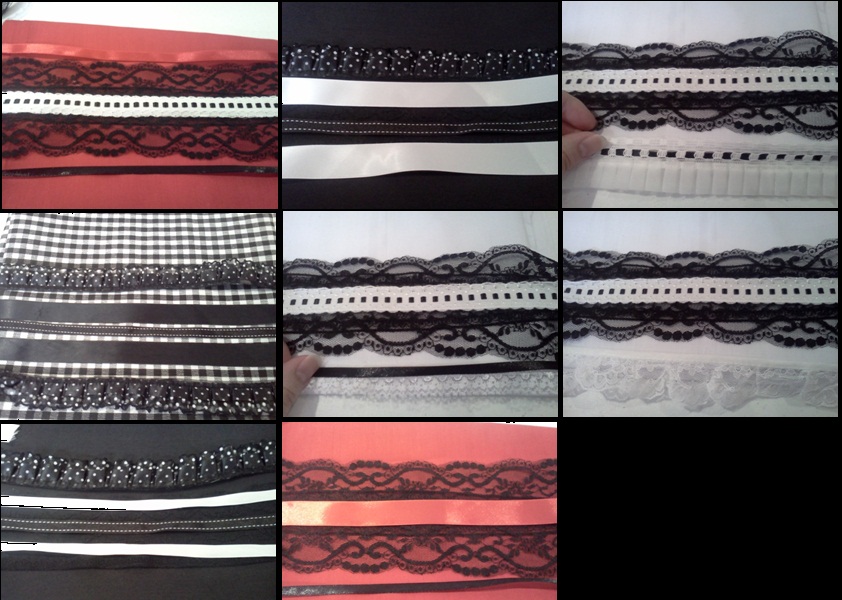 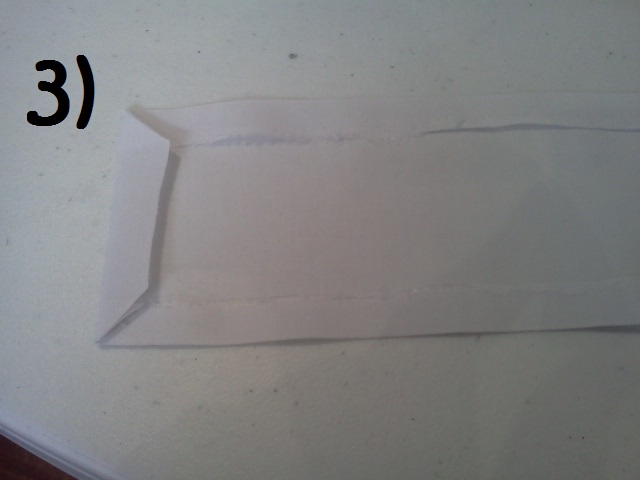 4) Lay your rectangle on the interfacing and cut around it, slightly trimming the edges so that the interfacing piece is a bit smaller than your rectangle.
5) Iron down the interfacing onto one of your rectangles. The interfacing seals the 1cm flaps you made.
6) Cut out 2 pieces of lace, make sure the lace has at least 3cm [1 inch] hanging out on both sides. My lace piece is much wider than the headdress so I decided to fold it in so that when 2 pieces are next to each other and the combined width slightly goes over the edge. The folded parts also become a feature on my headdress.
7) Using the binding glue/web put this along both lace pieces, making sure that it runs along the middle of the rectangle and iron down. NOTE don’t forget to change the iron temperature to low, the lace might shrivel up.
8) Now thread your sewing machine with black thread and sew along the middle of the headdress. You should be sewing one line for each lace piece. It’s alight if you can’t sew straight lines, the sewing will be covered later. 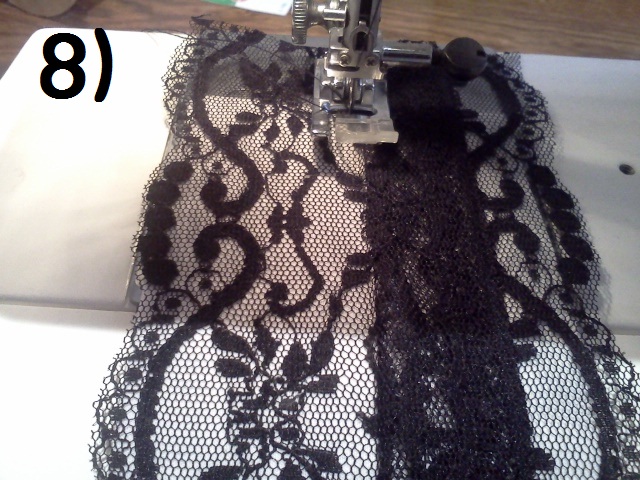 9) Lift up the lace flap on one side and sew a strand of ribbon along the edge leaving a small gap. Do this for the other side as well. 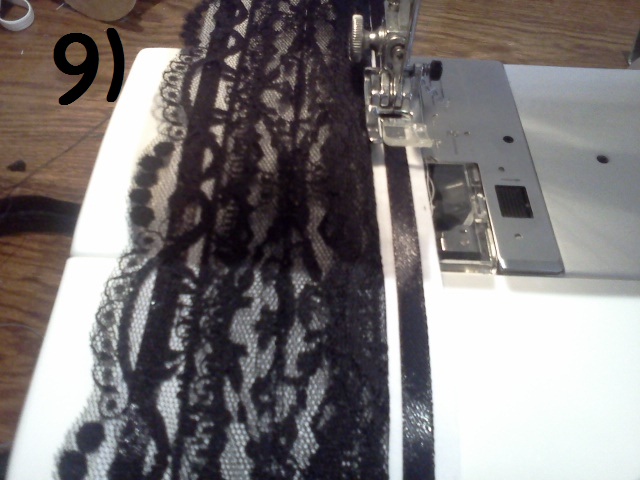 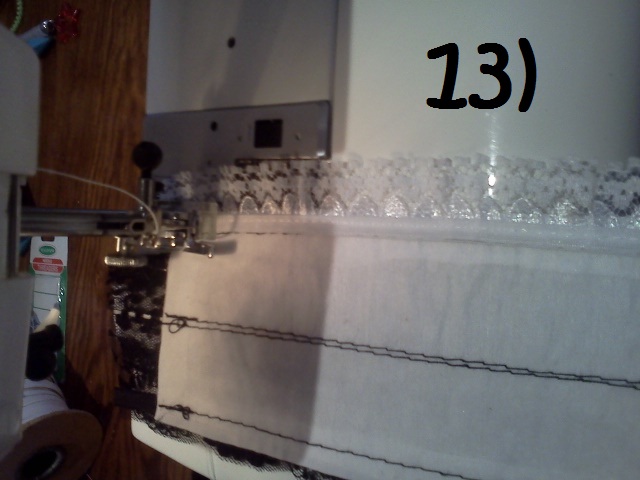 14) Place your other rectangle piece under the decorated side, make sure that both the 1cm folded flaps are facing each other.
15) Fold over the black lace and sew on that side of the 2 pieces.
16) NOW change over to black thread. With the extra lace hanging off the sides, cut it at an angle to make a triangle and fold this in between the 2 rectangle pieces and sew together the 2 shorter sides. 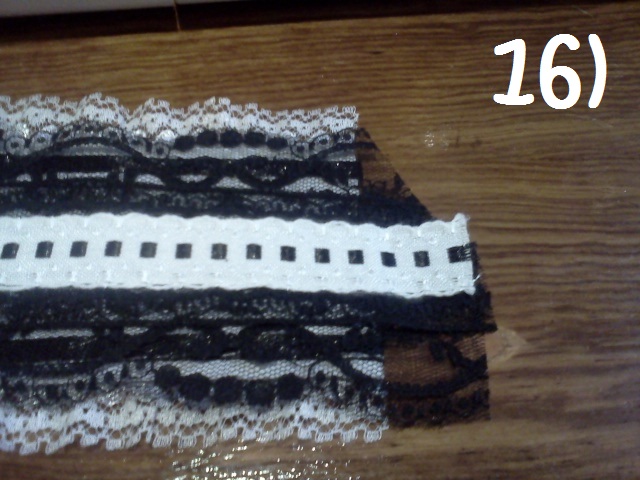 17) Change back to white thread. Doing the same step as 16
18) Cut off the lace trim to the same length as the headdress.
19) Grab your headband/hair band and place your headdress over it. Find the perfect position for it where it will be in the middle and balanced out on the band.
20) Holding one end of the headdress and band, put a dab of hot glue in this spot and press them together. Wait for the glue to dry before continuing. You may find that hot glue goes over the band, don’t worry too much because it will be hidden when you wear it. 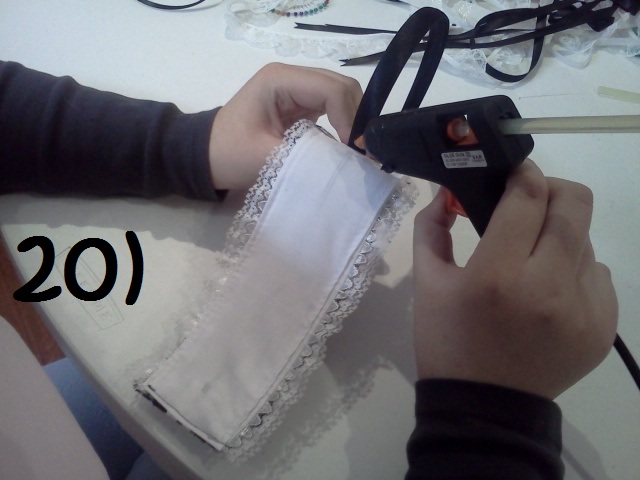 21) Once you have finished gluing the headdress to the band make 2 bows out of ribbon the same width as your headdress and glue them to the sides of your headdress. This will cover the black thread underneath as well as make it extra cute. You could also add flowers, bells or whatever you find awesome.

And there we go, a cute and elegant Lolita style headdress. 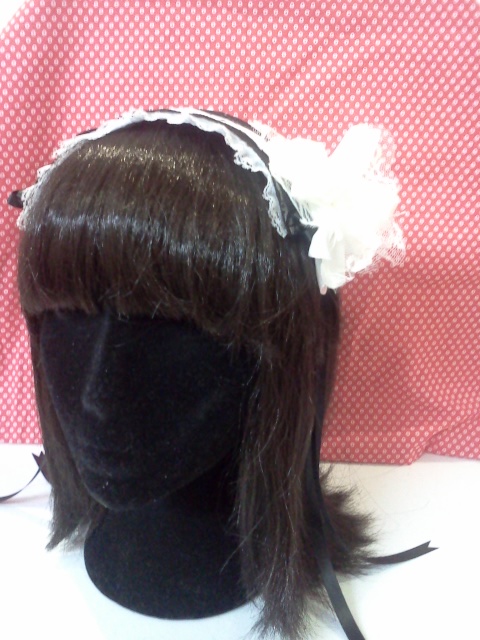 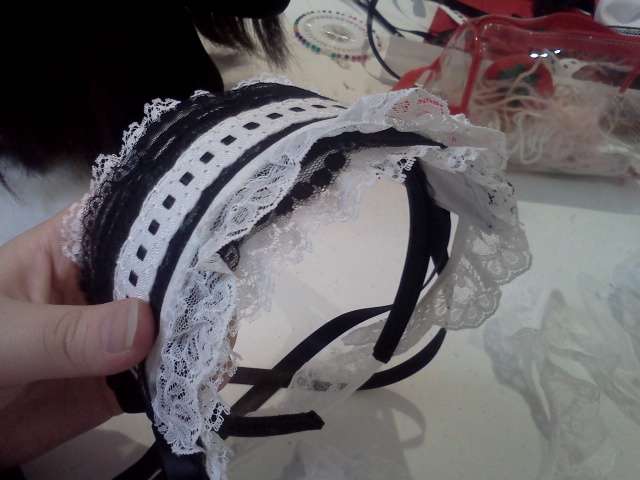 Check out my page at mixiao.deviantart.com for more maid lolita costumes, accessories, anime inspired stationary such as vampire knight folder covers and other artworks. Thanks for reading! o(^0^)V 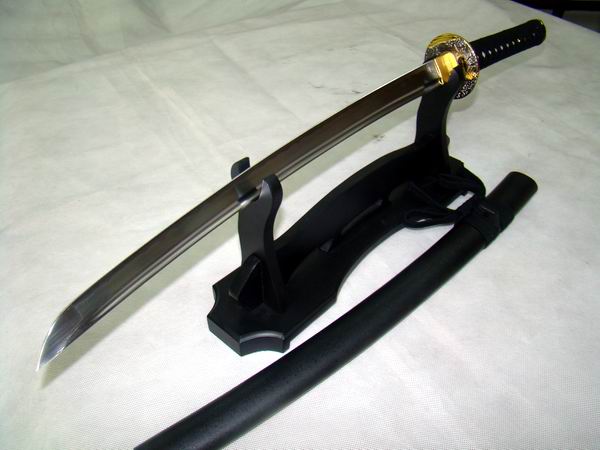 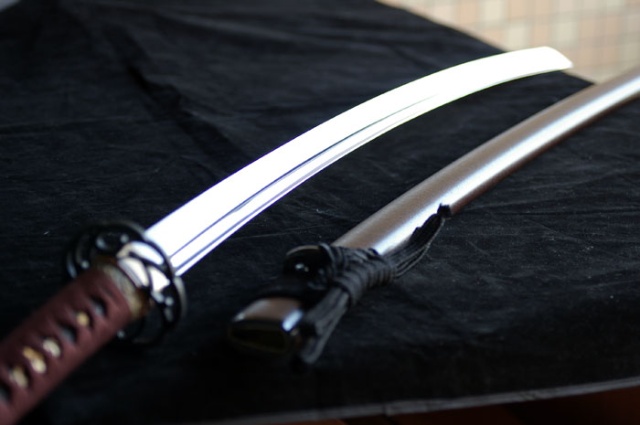 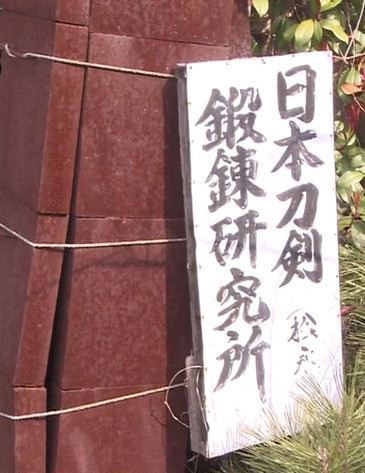 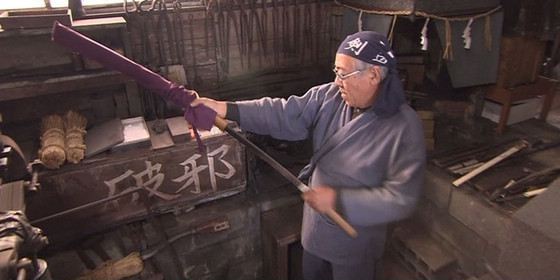 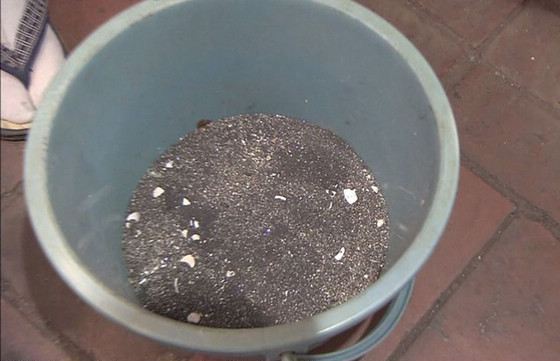 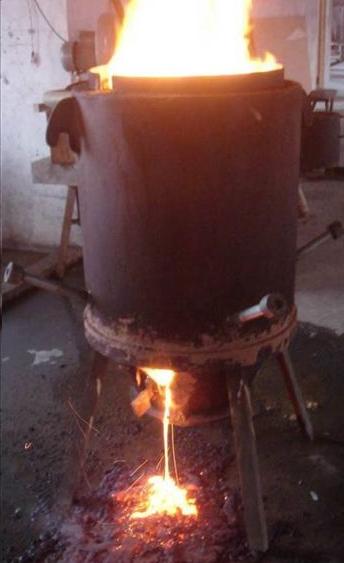 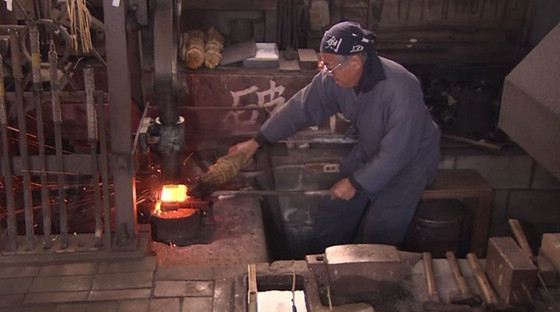 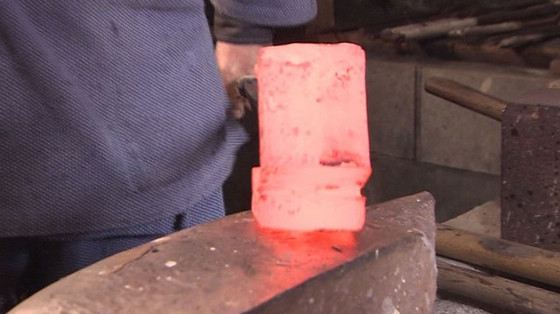 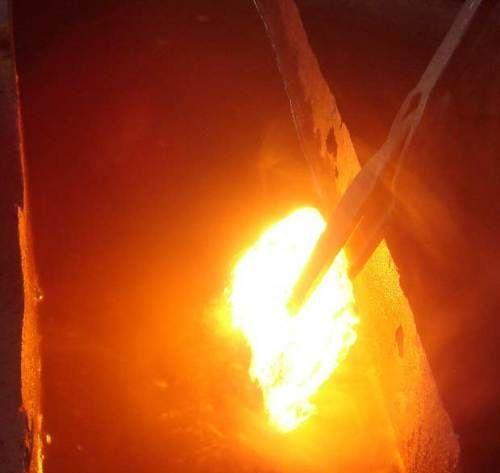 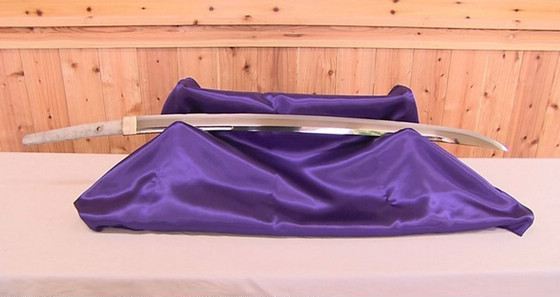