Do you feel unlucky sometimes? Read this blog and you’ll find your bad luck is nothing compared to these Anime characters’. They are just like living in bad luck and may even face the danger of losing their lives. Well, maybe some people enjoy that feeling. (ドM? haha)

No.1 Nobita Nobi from Doraemon 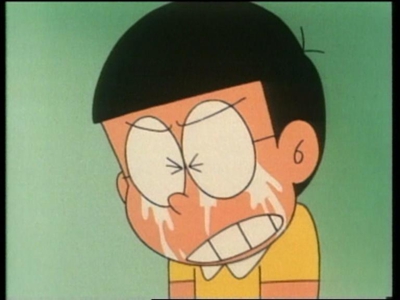 The name Nobita is a household name as well as Doraemon. Nobita’s shortcomings are obvious, lazy, cowardly, clumsy and forgetful. He’s often being bullied. He would talk big while irritated but then he could only turn to Doraemon. Doraemon helps Nobita every time with inventions, however, he would screw it up in the end. According to the statistics, Nobita was beaten by Takeshi Gouta 1173 times, scolded 320 times by the teacher and 927 times by his mother, bitten by a dog 123 times, and fell into a ditch 140 times… Who can live a life like that? 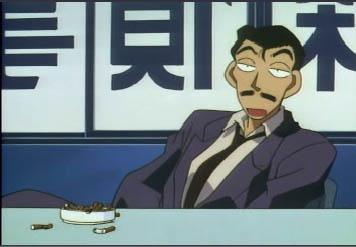 Have you heard of “Sleeping Kogoro”? It is the name of a famous detective. But in fact almost all the cases are solved by Shinichi(Conan). I guess there must be hundreds of pinholes in the back of his neck, since Conan always shoots him there with his Stun-Gun Wristwatch to narcotize him. Kogoro is seriously a drunkard. He also likes to play with women. Whenever people praises him for being a great detective, he often laughs and acts all snobby. Seems that he doesn’t deserve our pity.

No.3 Team Rocket from Pokemon 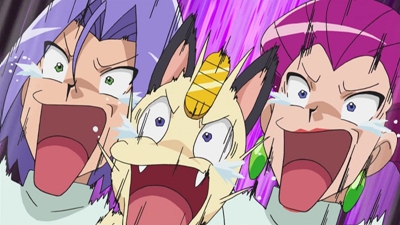 Team Rocket is cute and charming among so many villains in Anime. Jessie, James, and Meowth are generally considered failures, as they almost are never successful in their schemes and are incompetent. They mainly focused their attention on Ash in hopes of stealing his Pikachu. However they always fail and are always defeated hundreds of times with their blasting off into the sky. All that I can say is “no zuo no die”.

No.4 Touma Kamijou from Toaru Kagaku no Railgun 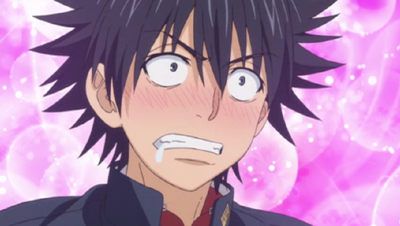 Touma is the type that acts before he thinks. He can never just sit around upon seeing someone in a pinch and will go to great lengths to protect or help the person. This he does at great risk to himself, which typically results in him being hospitalized for several days after each confrontation. “Unlucky” is Touma’s pet phrase. It seems that he’s been unlucky after birth. He’s been through countless physical and mental injuries. But some people do envy his good luck with girls.

No.5 Kon from Bleach 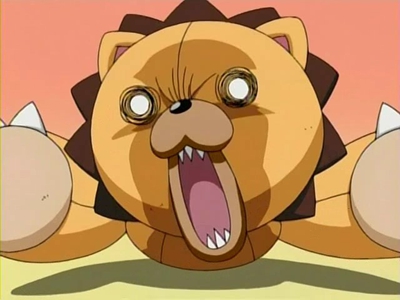 A perverted guy being preoccupied by sex much of the time ends up in a stuffed toy’s body? I’d say that’s called bad luck, especially being dressed up as a girl many times. Kon was one of the last Mod-Souls ever created for Project Spearhead but the project was shut down soon. Well, he’s not so unlucky, at least he got escaped from being terminated, and now he can take advantage of his stuffed animal body to get girls to hug him to their chests.

They’re unlucky, but thanks to their bad luck which bring us more laugh.