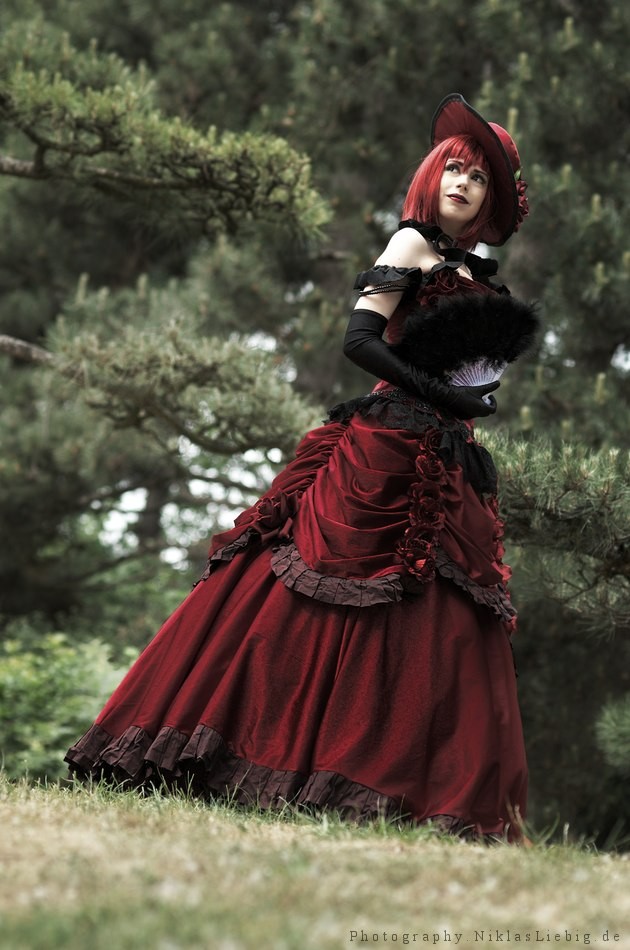 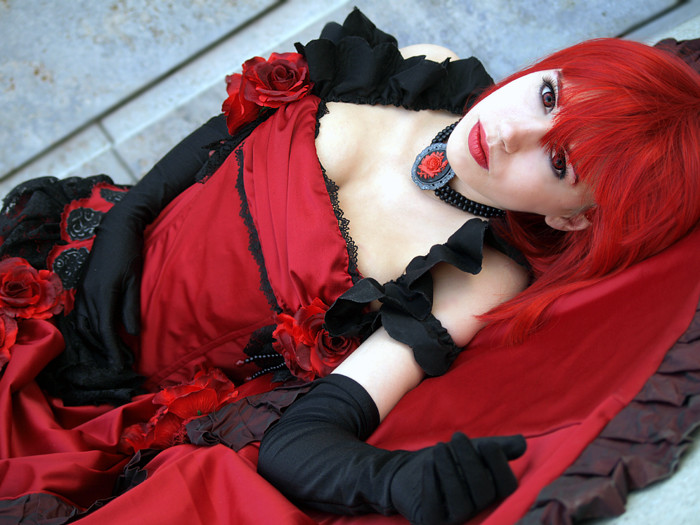 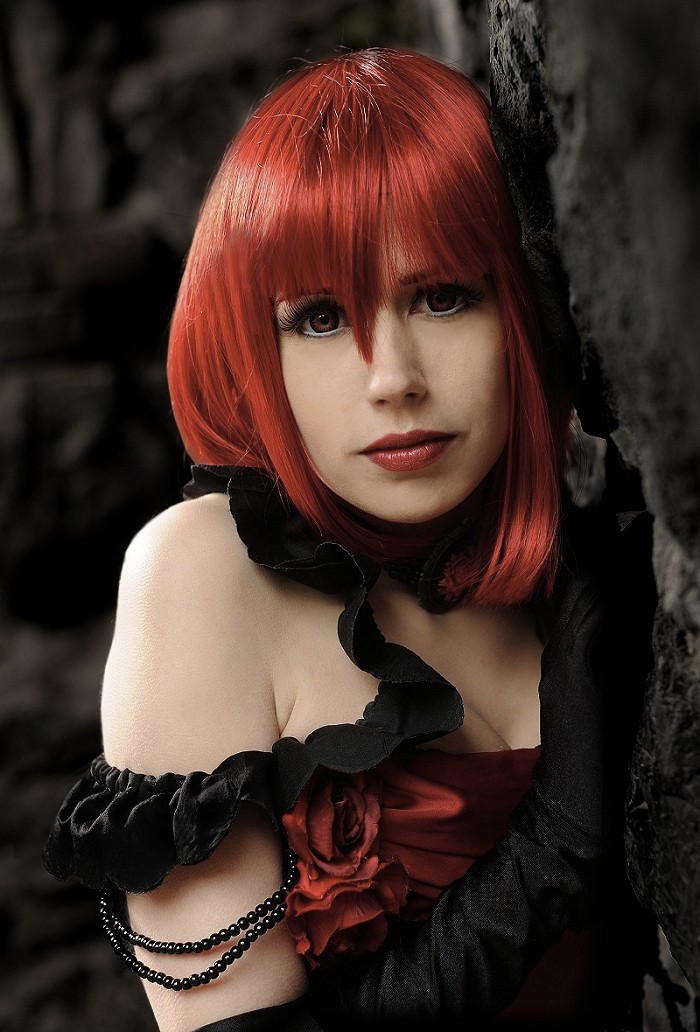 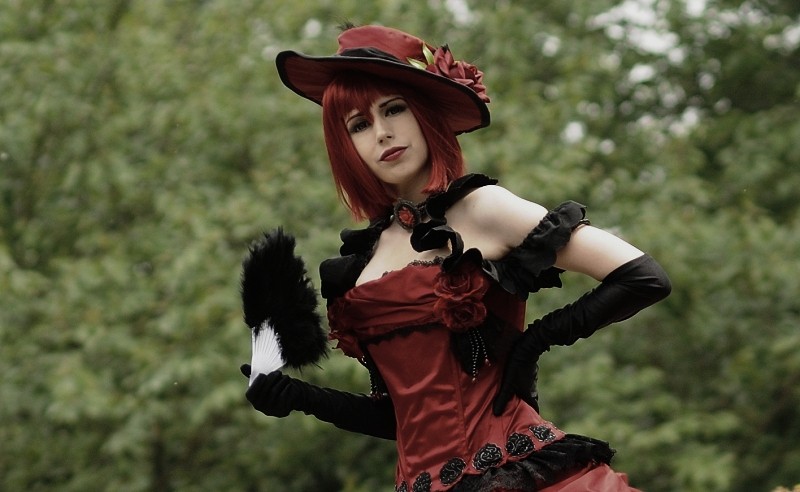 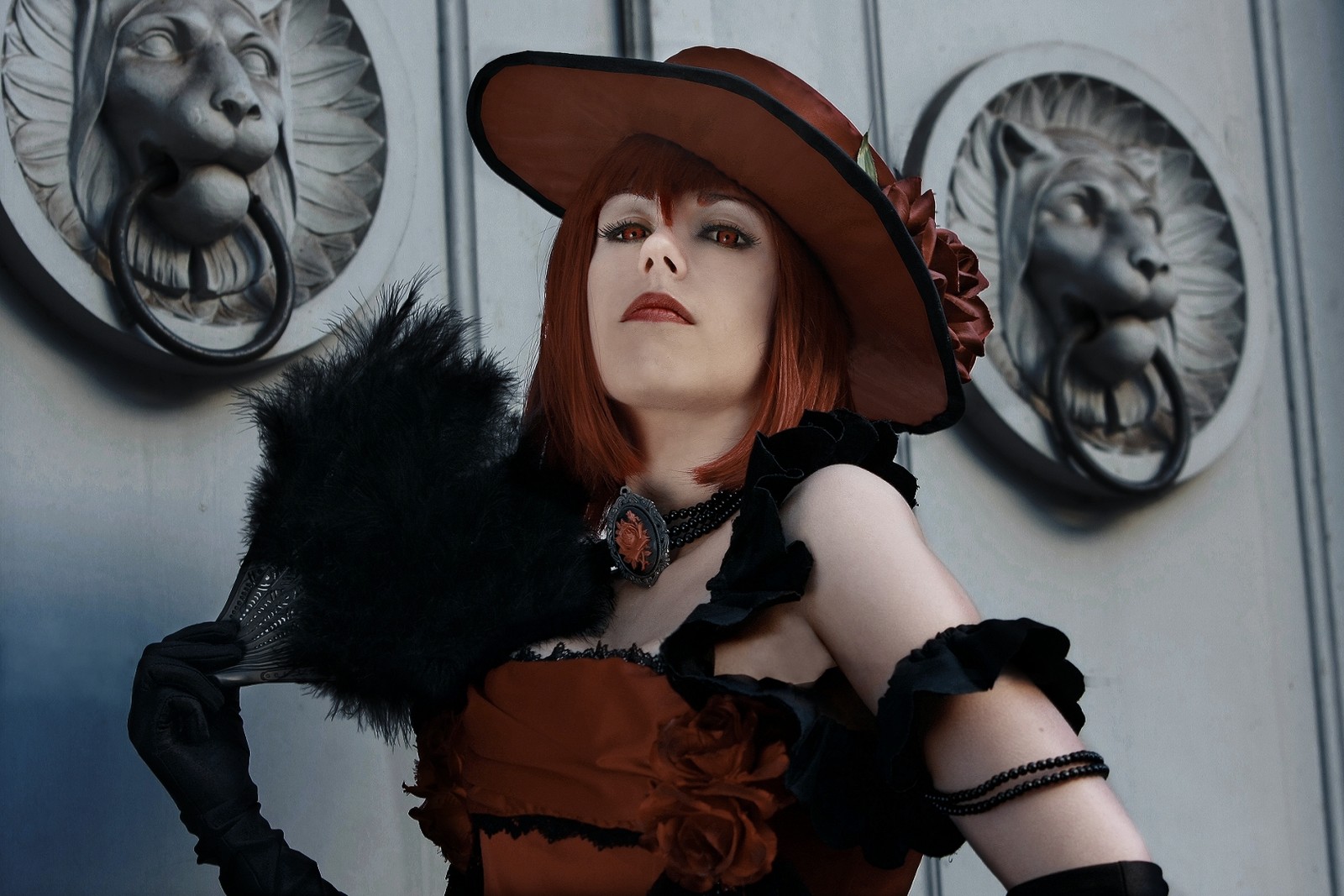 I’m a 27 years old cosplayer from germany and long-time fan of Kuroshitsuji. I started cosplaying as Ciel but somewhen I found this really adorable artwork from Madame Red and Grell Sutcliff. Unfortunately the dress she wears only shows the part from her head until her hip. So I had to come up with ideas for the rest myself. I was pretty scared since I had never sewn such a big dress with a lot of frills and details before and since I wasn’t very skilled with make-up either it was quite a challenge. There were a lot of tears and blood while producing it. I cosplayed her the first time in 2011 at Leipzig Bookfair. I never expected to get a lot of feedback, but in the end a lot of people complimented me for being a good Madame Red. I felt so honored.
I’ve reworn it at AnimagiC later that year and Japantag 2012 where I made the third place, which was quite surprising *-*
Three of the photos where taken by Niklas Liebig, who’s a really talented photographer and the other two are taken by some adorable friends, Choco and Kyalayah. I’m so thankful they took the time for taking pictures.
I somewhen will do the casual version of Madame Red as well because I think her more psychodelic nature can’t be represented in a ballgown that much and it’s a big part of her personality. It’s so sad what happend to her. May she rest in peace.