Nyotalia refers to the genderbent versions of the Axis Powers Hetalia (APH) characters.
It has become common to depict characters as the opposite gender in either fanart or fanfiction, which is also very popular among cosplayers.
Isn’t that a great cosplay idea? You can cosplay as someone who is both male and female. And you can also do hetalia cosplay with two of them together.

If you want to know the names and personalities of both male and female characters from APH or looking for pictures of them, you may find this article useful.

Check to see which pair is your favorite. (Please note that there may be several names called by fandom for genderbent characters.) 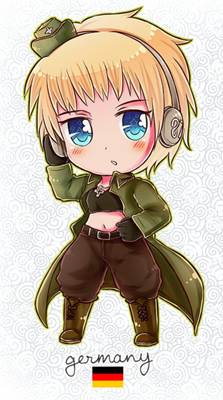 Male: A tall, muscular man, with sleek blond hair and blue eyes. He is a tough, too-serious, and efficient man
Female: She does not wear her hair slicked back. She is reserved, serious like her male counterpart, and has large breasts. She’s tall and gives off a cool feeling. 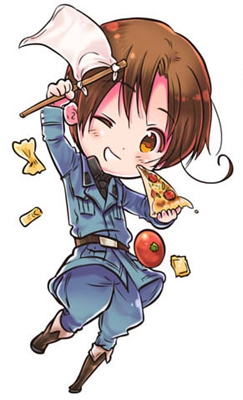 Male: He has short brown hair and brown eyes, with a curl on the left side of his head, which acts as his erogenous zone when stroked or pulled. He is an energetic and friendly yet clumsy young man
Female: She has her hair tied back into a ponytail, and has a wild curl of hair dangling down at the side of her head. Her eyes are depicted in a more amber color than her male counterpart’s. Her hair is also curlier and a lighter shade of brown. She is a rather emotional, strong-willed, and cheerful big sister-type. 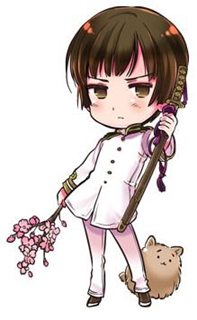 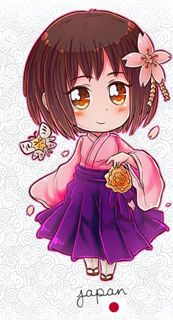 Male: He is a short, slim man with black hair, dark brown eyes. A shy, quiet, and hard-working man.
Female: A short girl with a bob hairstyle, and has shine to her eyes unlike her male counterpart (her eyes are also more amber in color). She seems to always have a shy expression, befitting of one with a Yamato personality. 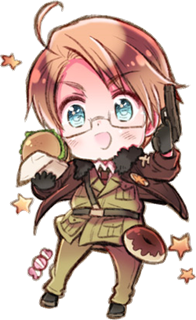 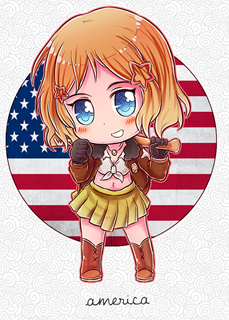 Male: He has short blond hair with an ahoge, representing Nantucket, sticking up and blue eyes. He is a cheerful, energetic, yet somewhat conceited young man who is obsessed with heroes, justice, and freedom.
Female: She has blue eyes and wavy, amber-colored hair that comes to her shoulders, with two star-shaped barrettes holding her bangs out of her face. 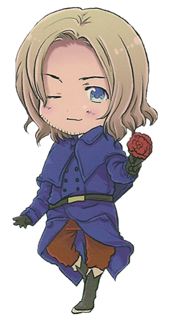 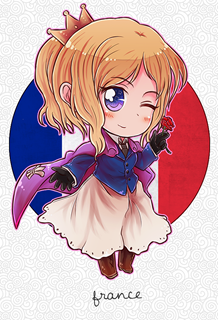 Male: He has shoulder-length blond hair and blue eyes, and has a slight amount of facial hair. He often seems infatuated with most of the nations and is very affectionate.
Female: She is an elegantly-dressed woman with her hair tied back into a french knot, usually held back by a crown or something similar. Her hair is dark brown (or alternatively a dirty blonde) and her eyes are violet. A snobby woman, and she is much more argumentative than her male counterpart. 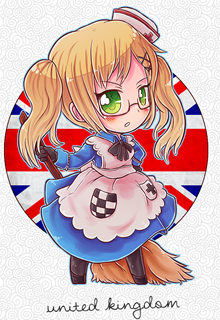 Male: He has messy, short blond hair and green eyes. He is cynical, sharp-tongued, prone to rough speech and yearns for the golden years.
Female: She no longer has the signature thick eyebrows, and wears her hair in long pigtails that are either slightly curled or completely straight. She is trying to behave elegantly, but being quite punk. 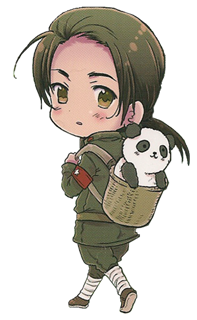 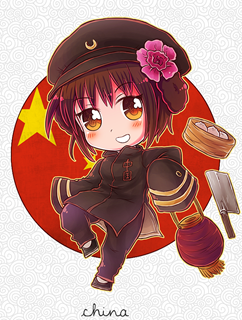 Male: He has dark hair tied back into a ponytail. He happens to be extremely superstitious, but not at all religious.
Female: She has her deep auburn hair tied up in a set of buns. She is a type of girl whose emotions cannot be read easily, but is most often depicted with a very similar personality as her male counterpart.
Russia: Anya Braginskaya vs Anya Braginskaya 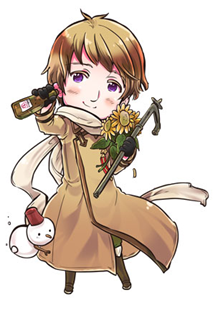 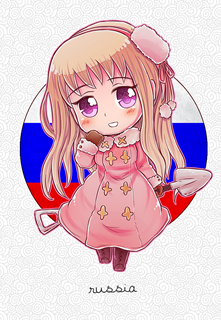 Male: The tallest guy. He has a round, childish face with a more prominent nose. His hair is a light beige-blond, and his eyes are violet (purple). A large young man who is seemingly bighearted and innocent, but is in reality childishly cruel often coming off as villainous to those who fear him.
Female: A modestly-dressed woman with long beige-blonde hair. her personality is akin to a wearied mother figure who is emotionally unstable rather than childishly cruel.

Vote: What is your favourite Nyotalia pairing?