This month, Miccostumes cosplay contest is back! We welcome cosplayers to join in our contest to win free costume,wig and cash coupons. Here we go!

last year through its novel topic and eye-popping graphics.

cosplay, don’t hesitate to participate in this contest.

You may get a chance to win costume, wig and also cash coupon from

Read on for more details

1. Time for the Contest

Winners: Those who have the most “Facebook Likes” will win the contest.

Each contestant will get a $5 cash coupon.

Note: Cash Coupon can be used as equivalent cash when purchasing

All you need to do is post on your Facebook with at least one photo(more is prefered) of your Attack on Titan cosplay. And the text must contains “Miccostumes.com  Attack on Titan Cosplay Contest  https://blog.miccostumes.com/?p=9890” , pin your post to the top of your timeline, reply to our Facebook post with your info. Then you’re a qualified contestant.

See the picture below as an example: 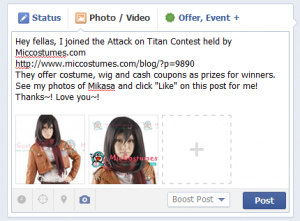 At least one photo is required. The photo(s) must feature only you.

The photo(s) should be clear enough to see which character you are cosplaying.

You can even share a video of your Attack on Titan cosplay. (but photo is necessary)

Please note that only one post is valid, we’ll not add up the likes if your post is more than one.

The winner will be announced on our blog on May 30th and the prizes will be send to the winners then.

Miyuki Kurame Williams  (first one to join in)

The other cosplay contest we held before: 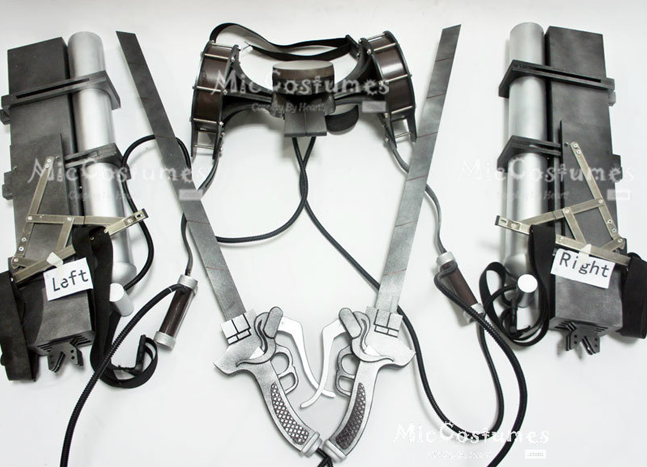 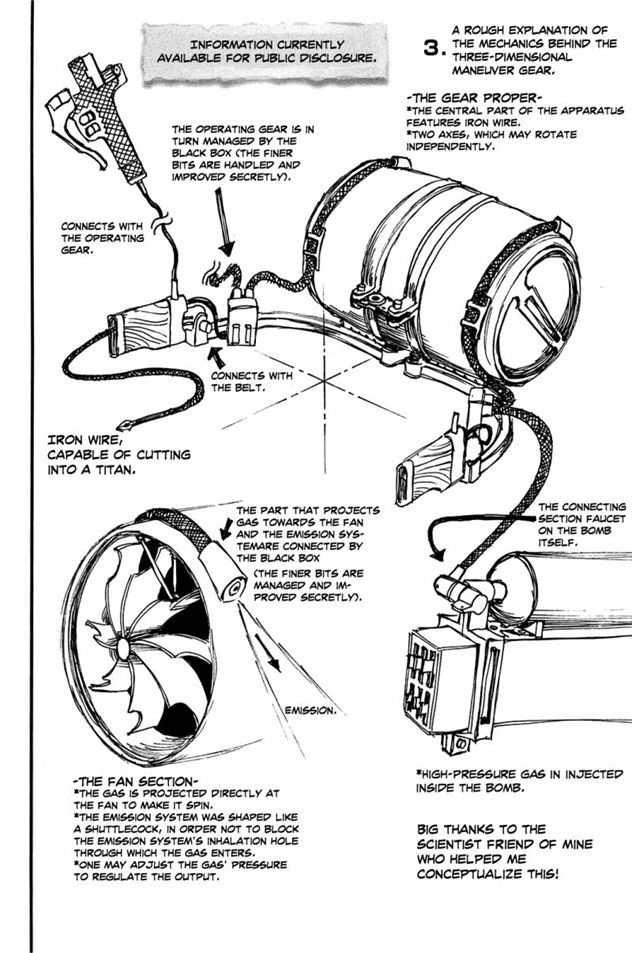