Sword Art Online Phantom Bullet will be released soon. Isn’t that a good news? Tell you what, we’ve already had costumes of Kirito and Sinon for sale now in our store, you can see it in July New Arrivals. Get ready for your couple cosplay! 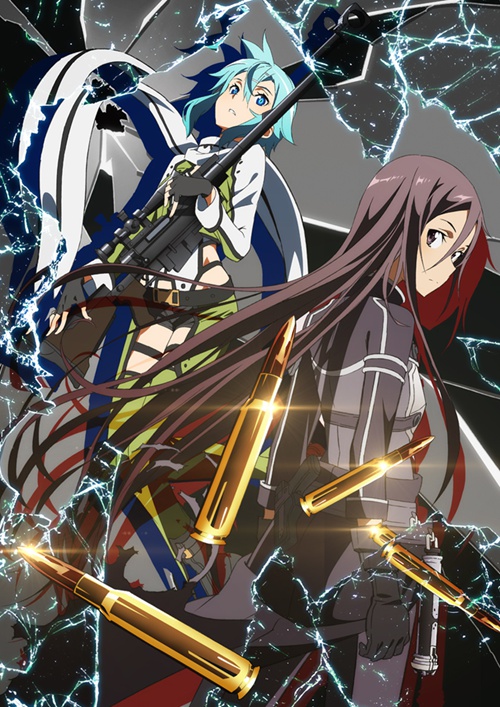 We’ve discussed about Kirito’s relationships with other female characters from Sword Art Online (Click here to read), now it’s time we talk about Kirito and Sinon.

Spoiler Alert: The following contents (wikia) contain details about future plotlines described in the light novels. If  you don’t want to be spoiled, jump to the introduction of the costumes.

Asada Shino (Sinon) was the first person that Kirito became acquainted with in the world of Gun Gale Online. However, at the time, Sinon had presumed that Kirito was a girl due to his avatar being the rare M9000 type. This led to an easy misunderstanding and a hard slap that started their relationship off as a heated rivalry and hatred (friendly on Kirito’s part). However, Sinon had respect for him the instant he tackled the extremely difficult arcade game and won on the first try.

When they journeyed to find Excaliber, and Kirito yanked playfully on Sinon’s tail. The end result was very negative though, as expected. However, Kirito both respects and trusts her in both the real world and in the world of GGO. He does not doubt her unbelievable precision as a sniper, and does not doubt her.

Sinon actually despised Kirito at first, when he neglected to inform her of his gender. Events added up, and the two became rivals. However, their relationship steered in an entirely new direction when she noticed that Kirito might be dealing with the same grief she was as well. By the time she was beginning to get over her phobia of the Black Star, she began to have feelings for Kirito that may have been kindled ever since their duel during Barrett of Bullets. 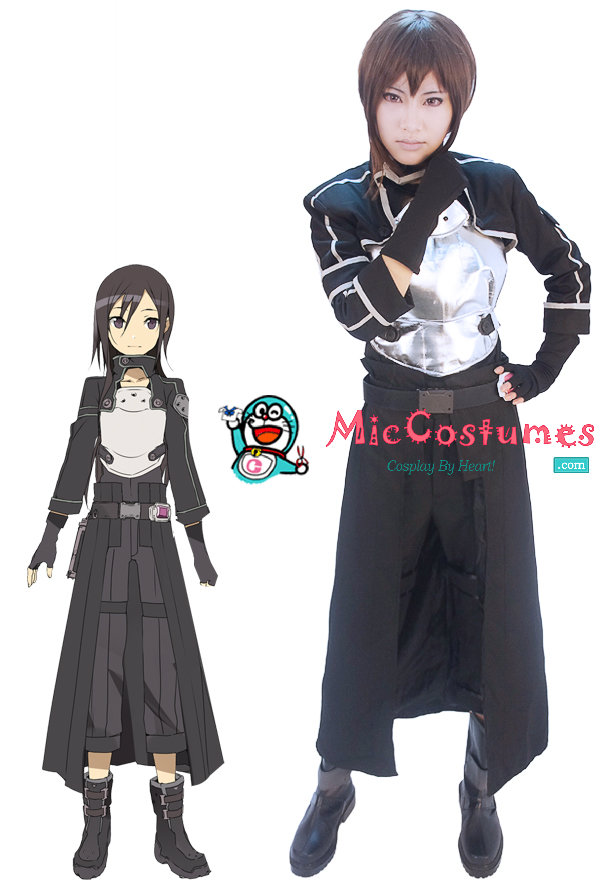 Kirito is still all in black. He has a long hair in GGO, looks like a girl. The shoes haven’t been made, so the model is wearing former version.

He uses a pistol so we made a holster at the back on the belt. You can click the photo to see all details of the costume.

Sinon’s costume is a bit complex but we successfully completed all details. We had a pair of boots for her but the bottom of the trouser leg is too small to cover the boots like how it should be, so we used a simple shoes instead.

Please click the photo to check. The hair accessories are sold separately.

Bet you’ll be a stunning couple with our costumes on any convention!