Wanna find some cosplay ideas? or dreamming for cosplay modeling and do not know how to become a Famous Cosplay Model ? Maybe you should check some popular cosplay girls in America, today we will make a list (3 part) for some Famous American Cosplay Models ,professional or not , but only do fantastic Cosplay ~ 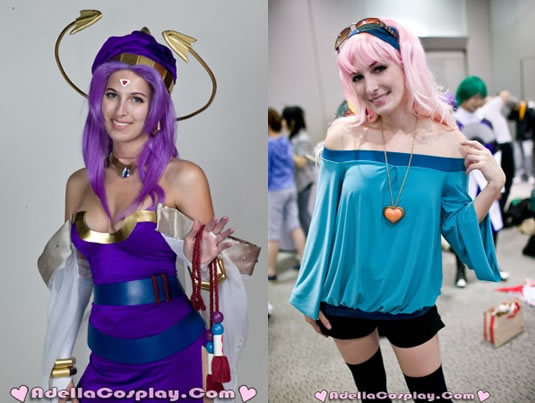 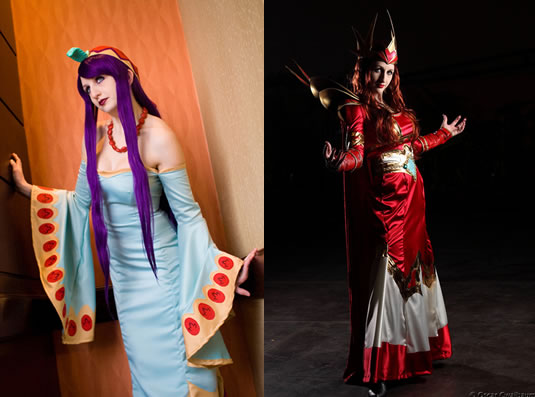 Having been a retailer manager in the fashion world for over two years till now, Beth Hodgson is still a devotee for art, cosplay, camping and pwning nubs in the world of warcraft. Here, the red warlock cosplay costume makes her seem like a queen! Then, the blue off the shoulder dress for Riddel cosplay looks rather odd with the purple hairstyle. Anyway, she looks so similar with real riddel. 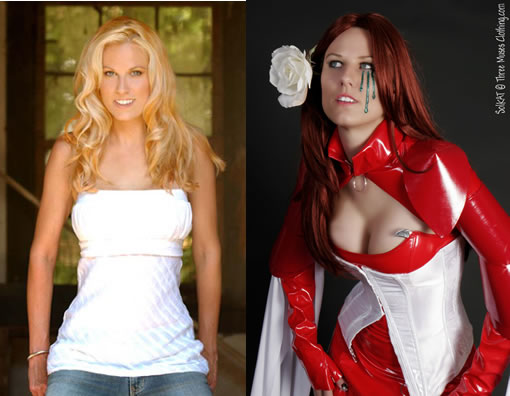 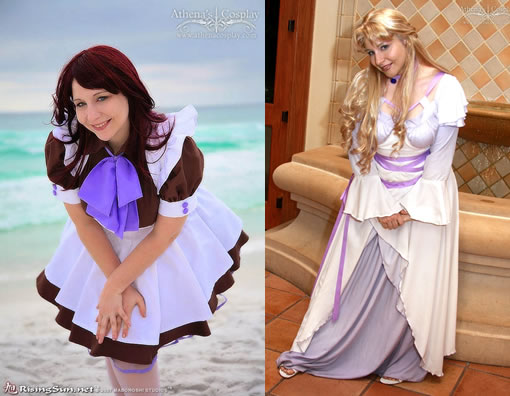 Beginning sewing while 12 years old and introducing cosplay to the world in 2001, Carolann Voltarel is absolutely a loyal aficionado for costume play. The lilac Kyoko Angel cosplay costume help her complete a dolce appearance. Since maid cosplay is a theme of eternal appeal, Carolann Voltarel also found an ideal maid outfit to accent her femininity. 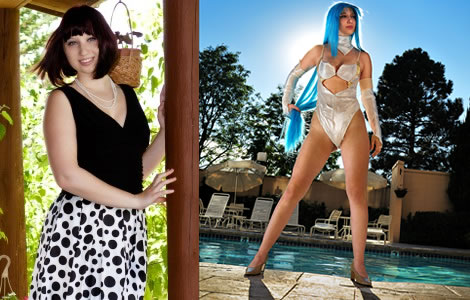 Etaru, whose nickname is Lada, figures out what Halloween is with the help of her mother in assembling costumes and holds strong favor for Sailor Moon. Here, an erogenous appearance is created by the white Kos Mos cosplay costume. 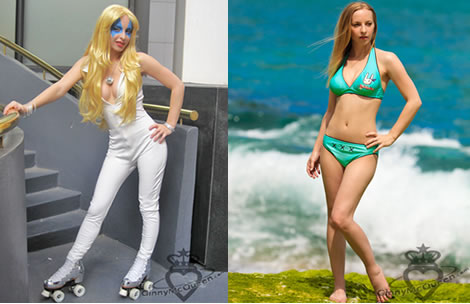 Beginning cosplaying since 1998 and making her costumes personally, Ginny McQueen, who is also known as G-chan, is absolutely an excellent cosplay model. This white zentai suit definitely flatters her slim silhouette to the fullest. The sexy bolero and long golden yellow hair must make her an eye-catching hit on the show. 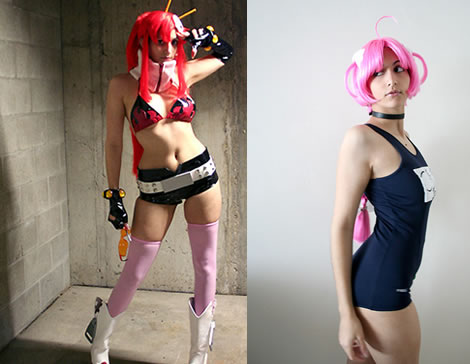 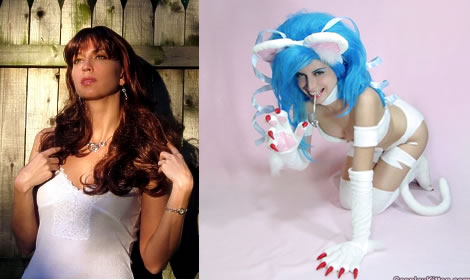 She usually dresses up as fictional roles for fun. That’s her favorite hobby, simply because she loves the challenge of bring her favorite anime/manga, movies or video games characters to life. This time, her Felicia cosplay is definitely a bold try. The purely white suit with a long tail is a perfect combination between sex appeal and fantastic sense. Plus the red fingernails and cute bunny ears, she makes her irresistibly alluring. 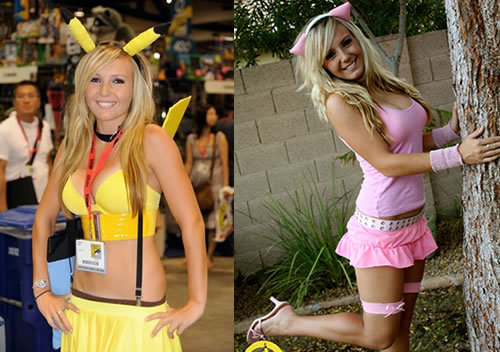 Beginning cosplaying since San Diego Comic Con 2009 and getting an experience that is nothing short of amazing and crazy, Jessica Nigri, a girl of 21 years old, loves gaming, reading comic books, watching anime, reading manga and watching movies of all sorts.  She becomes a sexy Pikachu. It’s believed she can be added to the list of “the sexiest Pikachu cosplayers”, right? Then, the pink cosplay costume definitely makes her seem much more dolce.

Feeling strongly fond of antique stores and long car rides, Jia is also an enthusiast for cosplay. She always cosplay is at an infant stage in USA and this performance art can only grow if more people share. The black razmo cosplay dress with thigh-length leather boots makes her rather cool. Breaking away from usual clothing style, she stuns the audience by such an elegant appearance with the intricate costume for belldandy cosplay.