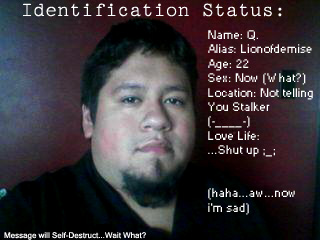 This is Lionofdemise, an American boy, who is interested in art, music, drawing, games, etc. In his words, Super Mario, Dead or Alive, Street Fighter, Dragonball Z, Halo and many more are his favorite games. Today, Lionofdemise accepted our interview. Welcome Lionofdemise and many thanks, XD. Now, let’s focus on his interview content.

Moshi Moshi. Wait I’m not on the phone lol.

Hello there, I am Lionofdemise. Or you can call me Q, XD.

Cosplay means to me, roleplaying, dressing up, acting like, anyone in the world, Dead or Alive, To me, it doesn’t just mean costume playing. It’s a way of people interact with each other, or even love. Yeah I said it, love.

3. What was your first cosplay?

It was Mario back in high school. I didn’t know it was cosplay back then. It was Spirit Week and it was, dress up as someone, like a Hero or someone fake. I honestly can’t remember. I showed up in overalls, a red shirt, and a hat. Ever since then, I love my Mario cosplay.

4. Does your family support your cosplay?

They have no idea what cosplay is. They just see it as dressing up. But they have no problem with it. It always makes them laugh when I randomly show up in my Mario Gear. And saying the same damn thing, It’s creepy how much you do look like him.

5. What is your most memorable cosplay experience?

Halloween (2010), I went to school in my Mario Raccoon Costume. I had the red ears, the tail, and just going around. Everyone fucking loved it! To this day, people still call me Mario. It was such a great day. I promised my school to return (i graduated) as Mario for Halloween. 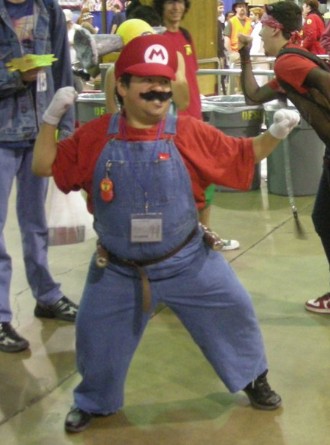 I wanted to do a cosplay that I haven’t seen yet. Super Mario Sunshine. I haven’t seen or know of people as Mario, with the FLUDD. So I decided to be the different Mario.

7. I noticed you shot a lot of cosplay as well, could you share some tips about cosplay photography?

Photography, nothing is wrong if you could take more than 1. What people forget, you need to take pictures of their feet, their shoes. They spend as much time on cosplaying their outfits with their feet and legs. And half the time, the lower body isn’t shown. Then you have an inch of gap on top of the person’s head compare to the frame. But there’s nothing wrong taking a close up picture as well. It’s about how you going to present the picture is more important. That why for me, photography is more than, click got it!

Nowhere in the world, would you be able to buy a FLUDD. If there was, I would’ve so brought one ages ago lol. So I end up making the costume with a friend of mine, legatoblue4. He had no idea who or what the FLUDD was. Then I shown him an image of the FLUDD and what I wanted it to do. He stares at the picture then started calling me crazy, a loony, and a twat for wanting something so difficult to make. Then he smiles saying he is down for making it with me. So me and my best friend, worked together making the FLUDD for months before Acen 2011. But after the convention, I sent him a message of how thankful I was for his help. And I can’t wait for my next Mario Costume Crazy Ideas. And we already know what to do lol. 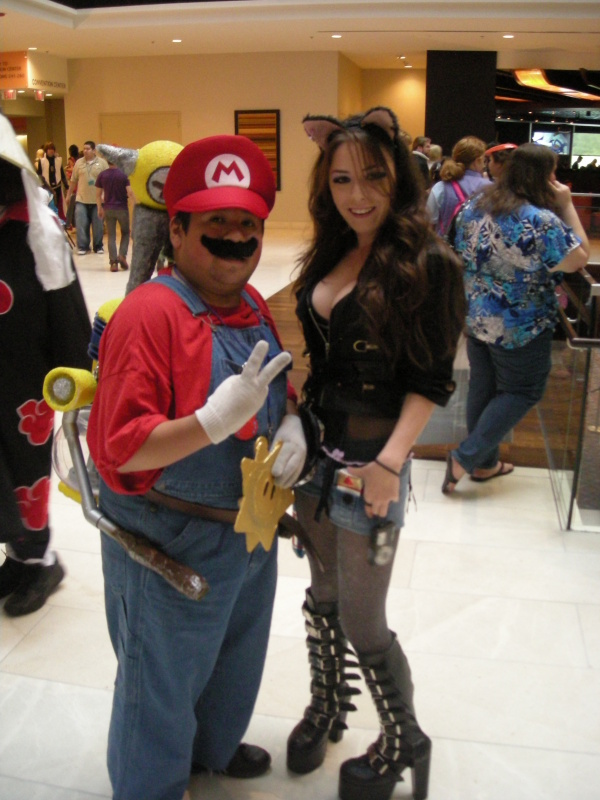 I enjoy a lot of cosplayers. And due to my Mario costumes, I have actually gotten to meet them at Acen. I met jmo1link, whose a pretty good Luigi. But the person I’m actually happy to have met is a guy inkylink, who is the best Dark Link I have ever seen on the internet. There is plenty of cosplayers I like I have seen on the internet. And yes, I do have a Luigi. A friend of mine from school. He’s a pretty good Luigi. Actually we are making a side project together about Mario and Luigi. All I can say is…Sequel to Luigi’s Mansion.

Changes maybe not as much. Like my FLUDD, me and my friend: legatoblue4: have decided to make the FLUDD out of Metal. Because during the convention, it got damaged. So it would be best to find a way to make it out of metal next time.

But changes to me? Not really. Just made me realize how much of an attention whore I’m really am. And I love it. 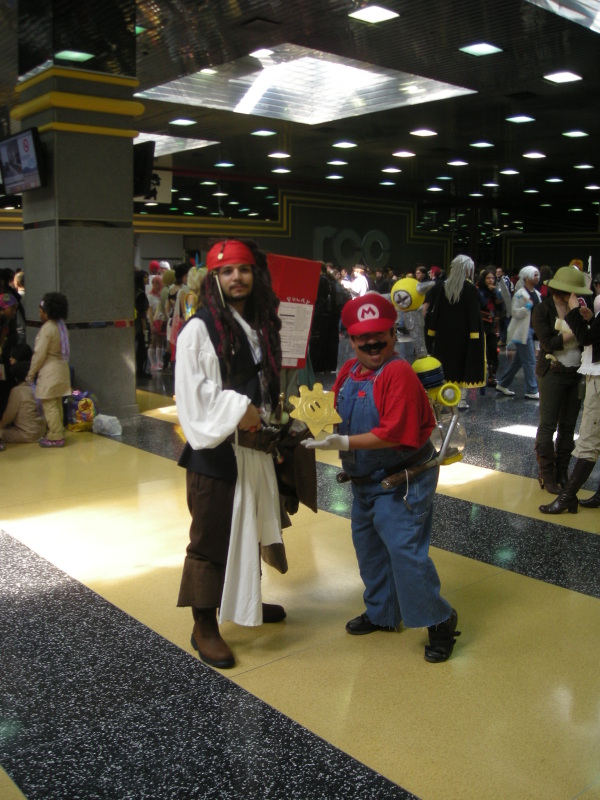 You are going to fail once, twice, 3 times…50 times. But at the end of it all, it’s really worth it. Here’s an example:

I am happy the most when I see a small child, looks at me, looks at their parent and say, Mommy look. There’s a Mario! And if they asked for a Hug, it just melt my heart away to know. I’m bringing happiness to children. That make my trouble, my knowing how much money I had spent, all go away.