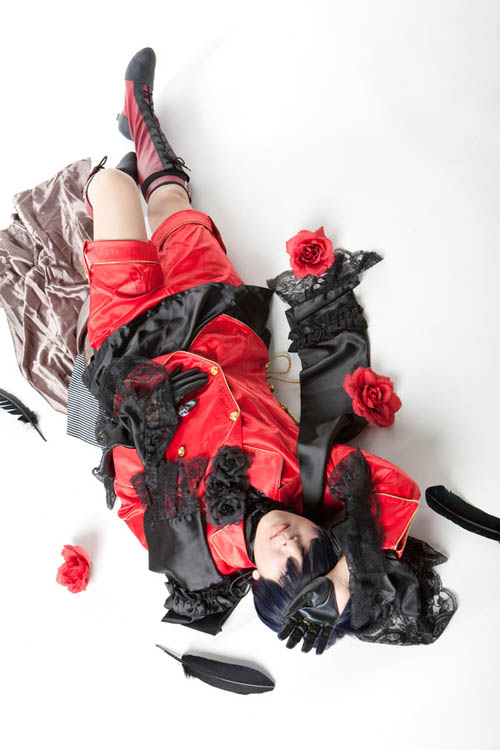 My name is Rei and I began cosplaying in 2007 but didn’t seriously go into the hobby until just recently last year in 2011 when I decided to do my first crossplay as Len from Vocaloids. Since then, I decided to cosplay Ciel Phantomhive whom I really love despite his cruel and twisted personality. It also did not help that I was his exact height despite being older than him orz. I debuted this cosplay this year at Kawaii Kon 2012. These pictures were actually just taken recently at a studio in order to enter this contest on time. I hope everyone likes my cosplay of Ciel c:!
——————————————————————————————————————————————————————
This post is submitted by Rei, entered in the Black Butler Cosplay Contest hosted by Miccostumes.com.
Winners and Prizes of the Contest:
One winner will be chosen out from every 15 contestants.