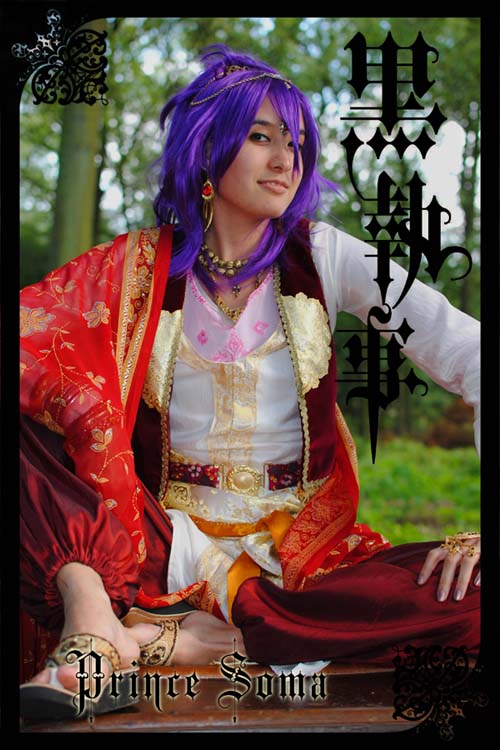 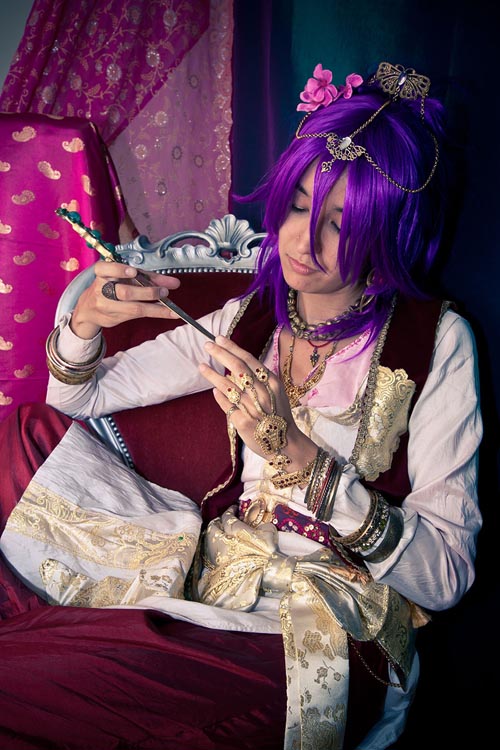 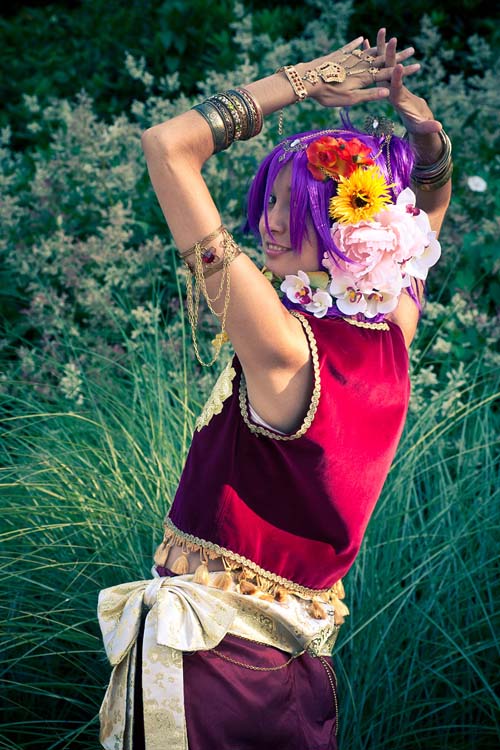 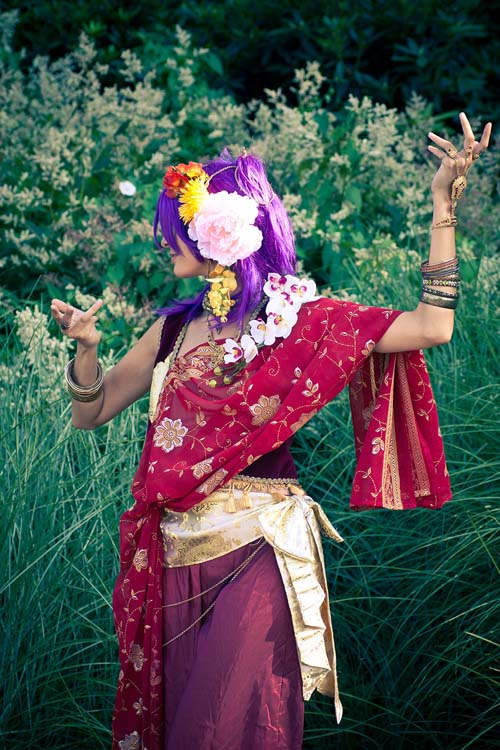 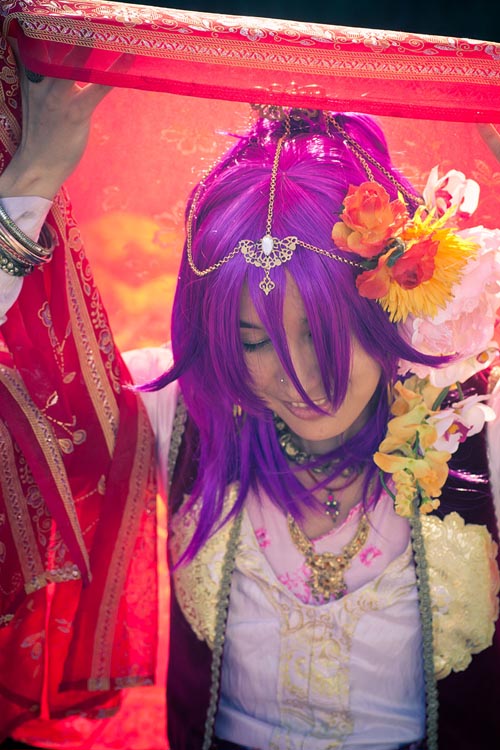 Of the few cosplays I’ve made, I think Soma was most fun to wear. I love exotic characters and rich fabrics, so Soma’s artbook outfit really appealed to me. Also, the poor thing doesn’t get nearly as much attention as he deserves 🙁 I opted for a real Bollywood/Indian feel with the pictures, even though Black Butler is set in England, because I wanted to bring out the rich and princely character of Soma. Even though he is much more of a troll to poor Ciel, heh heh.

Photographs are by Liza van Zoelen and Kees Peters.

In 2011, a couple of friends and I entered the cosplay competition at Animecon (the Netherlands) with a silly little dancing act. You can find it on youtube. I hope you enjoy!