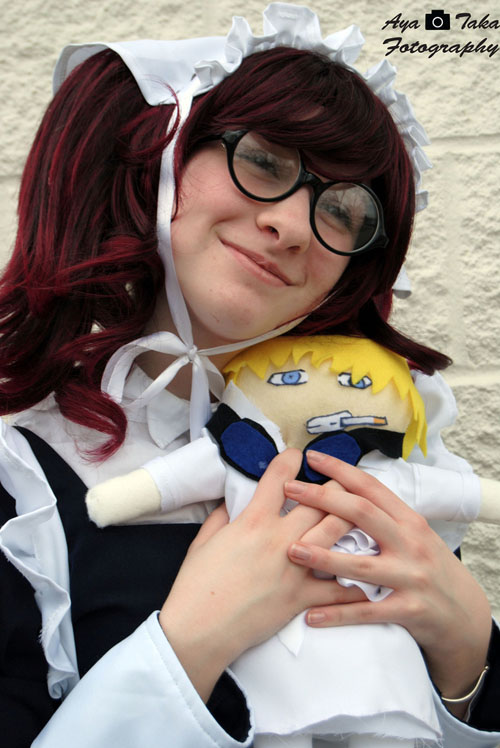 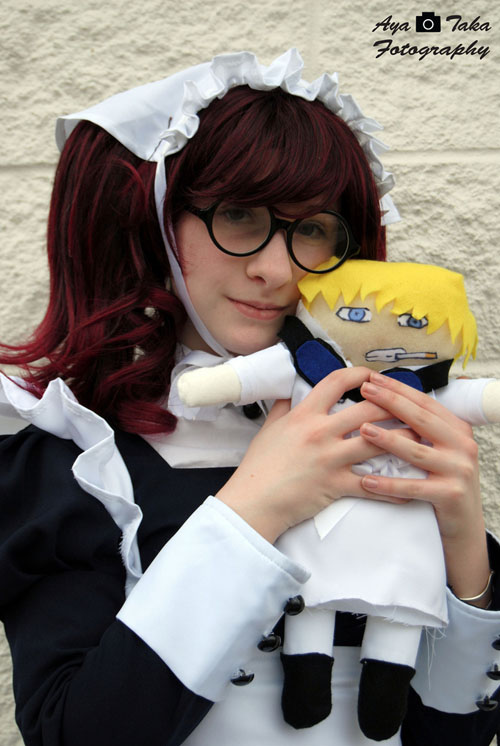 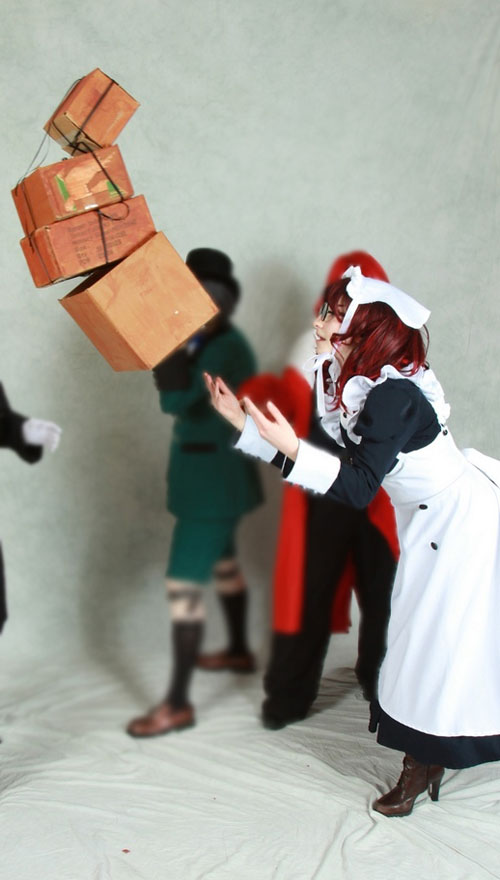 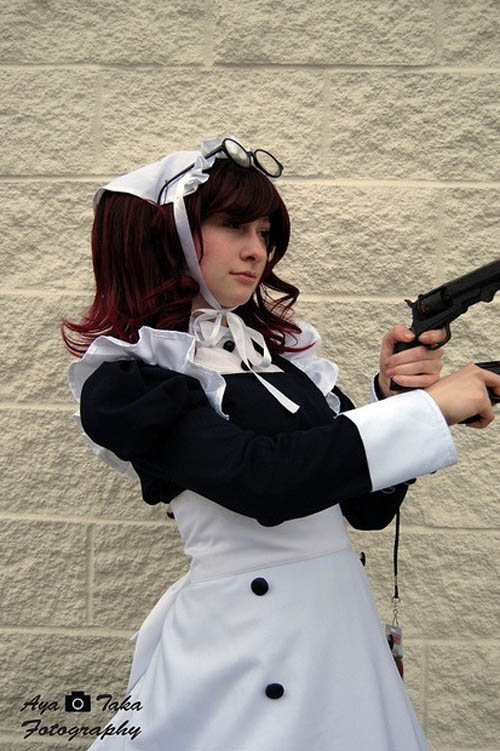 I’m Stella an american cosplayer. Maylene is favorite character in the entire series. I fell in love with her adorably clumsiness and amazing gunman skills. This was my first serious cosplay and I have been cosplaying her for about two years. It took a couple of months to perfect this cosplay. I am very nit picky with every detail,  I have these amazing brown boots with the strings just long enough to wrap around the top twice and tie just like she does. I also have serval props like stack of boxes from the first episode, fake double pistols, and a fake rifle. I ship her with Bard, and since I never had anyone cosplay Bard for about a year I made myself a little Bard doll.