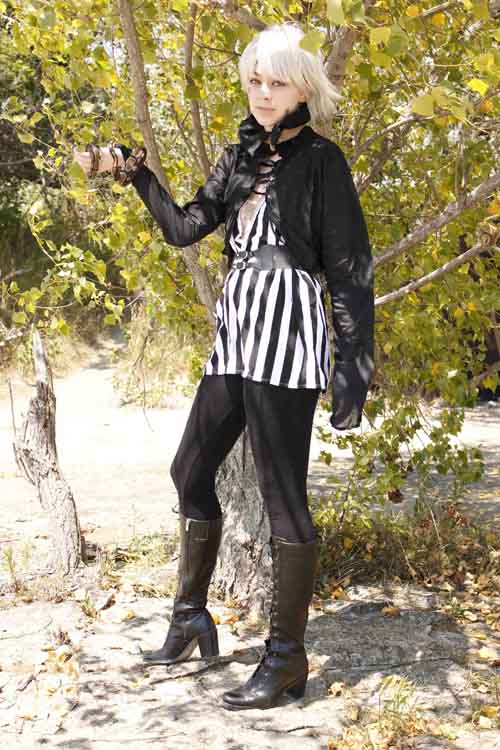 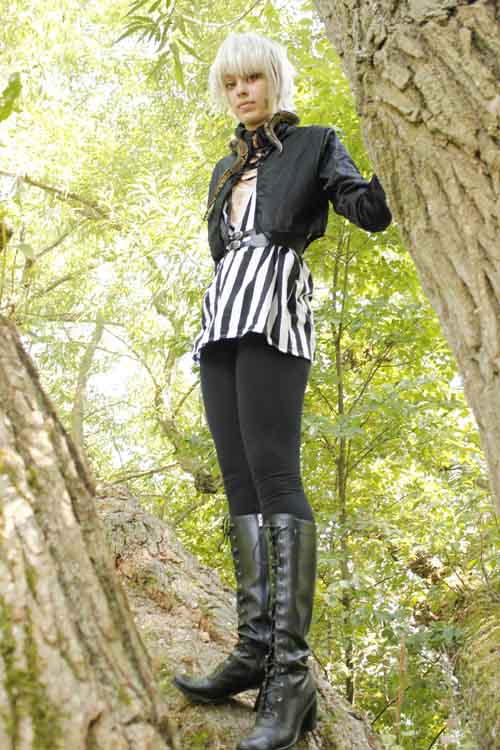 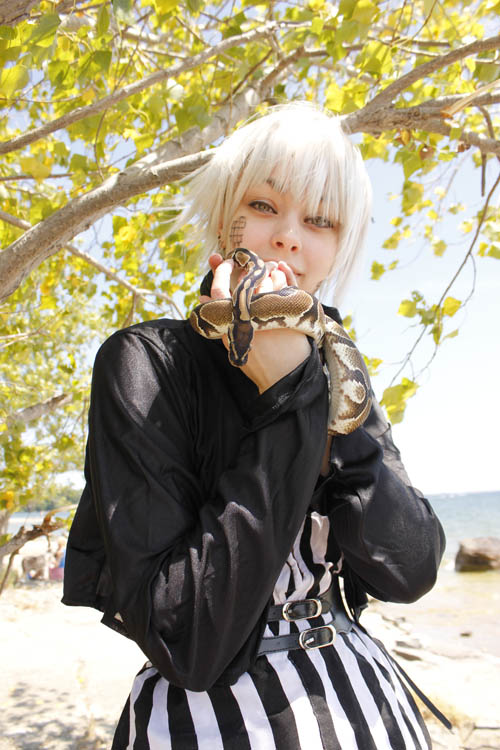 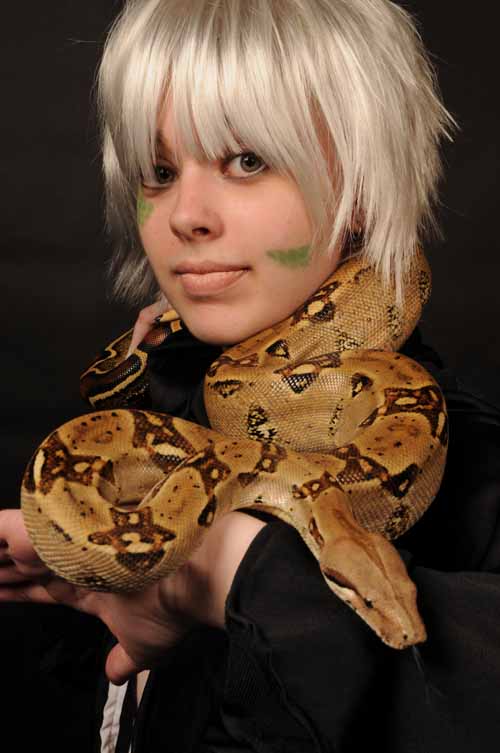 Kuroshitsuji has been one of my favourite series to cosplay from the first time I decided to watch the anime. I started with cosplaying Grell and now most of my cosplays are from the series. But I have a special place in my heart for the members of Noah’s Ark Circus from the manga, especially Snake! I first decided to cosplay him because I have a pet snake and all the photos I’ve seen, very few people actually use real snakes. I didn’t get to actually cosplay him until this year and it was such a blast! The most difficult part was actually getting my snake to stay still long enough to get good photos.

Outfit was made by me. Photos are by my good friend, Steph, and Droo Photography!
Special thanks goes to Hamilton Ball Pythons for the photos with the boa.