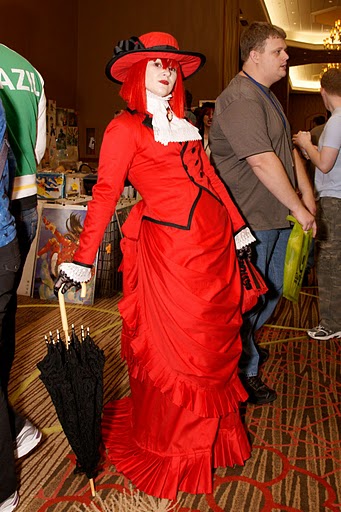 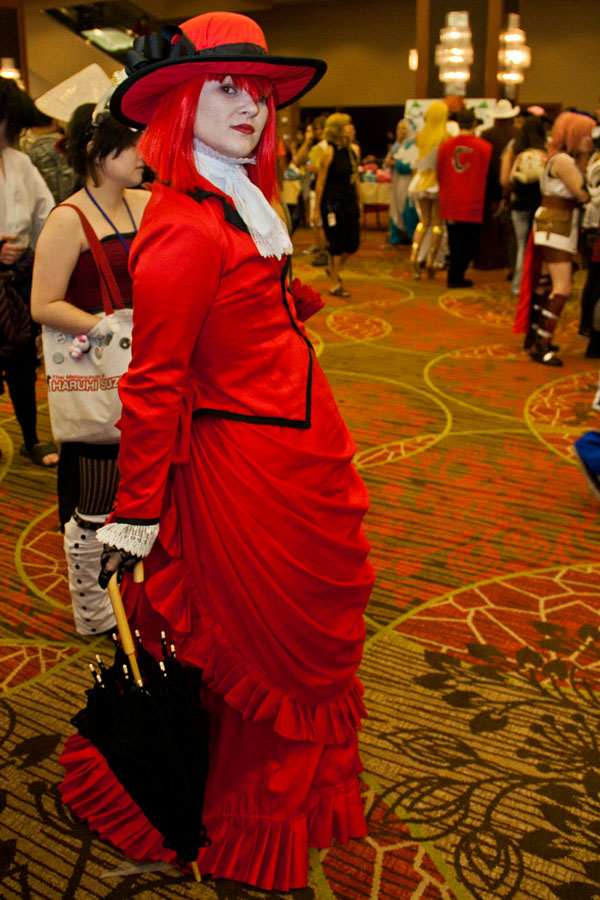 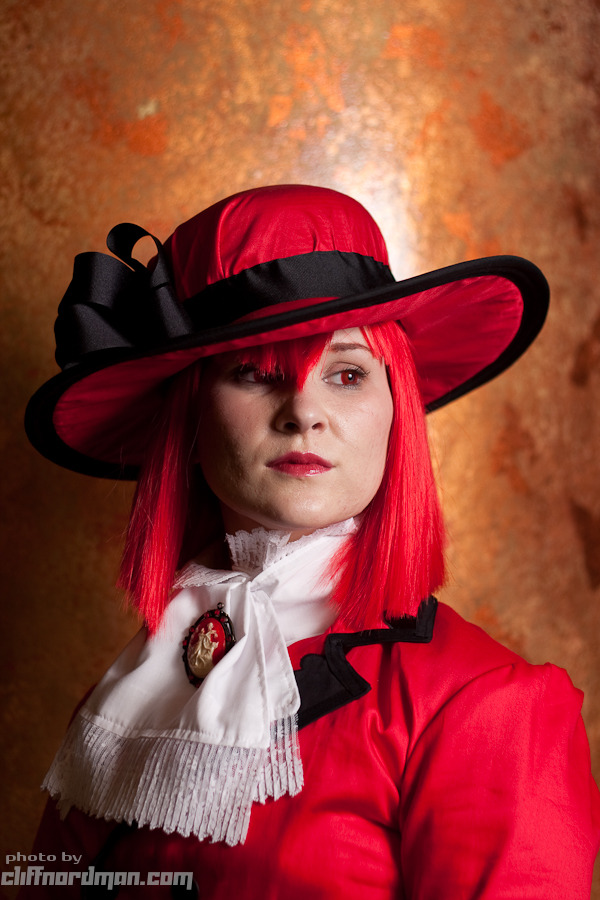 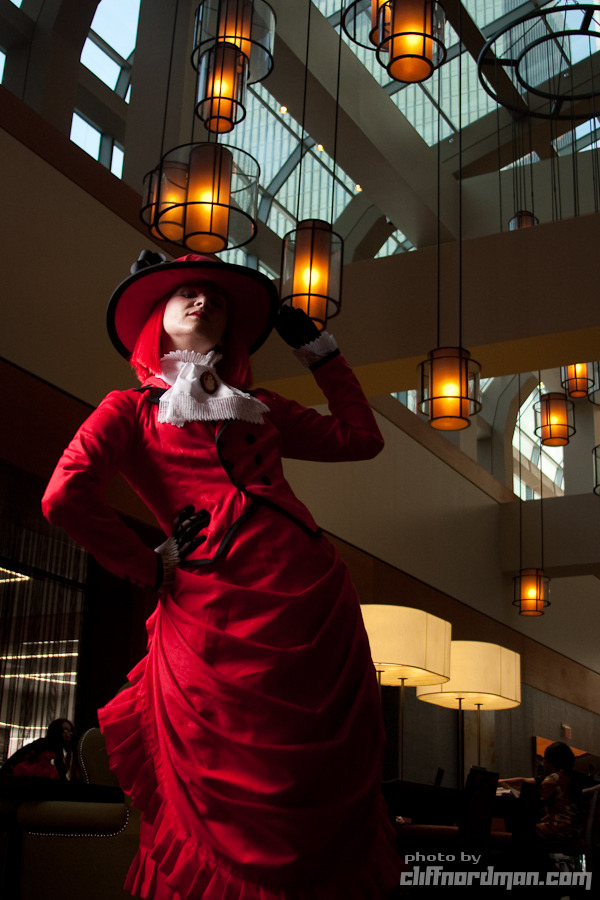 A little about my costume, actually, a lot:

I guess I can start from the top down.

The hat: it was a straw hat I actually bought at Target and covered in the red cotton sateen I used for the whole costume. It’s then edged in black bias tape and black grosgrain ribbon. The bow is one of the two things in it I didn’t make. My mom did it. As for the wig, it’s the other thing I didn’t do. Yaya cut it for me. I was too scared.

Moving down. The upper body consisted of too many things to wear in the Dallas heat. There was a full Victorian, steel boned corset underneath with a camisole under it. Then a shirt made of simple cotton broadcloth with the lace I totally lucked up on at Hobby Lobby. It was pleated like the rest of her dress and I swooned over it. On top of that was the fluffy cravat. It was two layers added to a collar that closed in the back. Each piece that laid over was doubled and the lace sandwiched between. On top of that was a cameo I found that was originally coral colored. I painted it with a red paint marker and then added the little rhinestones and the pin on the back. On top of all of that was the jacket. I fully lined it in the same cotton sateen that the outside was made of. I decided on the double pointed lapel because I couldn’t get the single to work for the life of me. Then I made the little detail and appliqued them down. On top of all that is black bias tape running the whole length of the outer seam. The are three working buttons on the front and then three that are just decoration. The ones on the sleeve are just decorations. I bought the lace gloves from the gentlemensempoirum.com

Moving down. We have from the bottom up. I was wearing stockings with Victorian style boots…hot in June you know. I then had on a bustle pillow to give me the shape I needed. On top of that was a petticoat I made with just a little netting at the bottom to make it flare beautifully as I walked. Next came the skirt that has three tiers in the back, all with pleats at the bottom of each and the full hem of pleats. On top of that was the overskirt. It has no waistband, but ties in the back with the bow. Since I made the bow twice as long, whoever ties it on me loops the ends through the knot again so I have four loops and two tails. Between the skirt and the overskirt there is about 20 yards of pleats, each between four and six inches in height.

The overall costume was made of 15 yards of 45″ wide red cotton sateen, six yards of white cotton broadcloth, two yards of lace, another two yards of cotton for the corset, about 24 grommets, yards and yards of both spiral and rigid steel boning, 6 yards of black bias tape, and three yards of grosgrain ribbon. It took about 60-75 hours to construct. And you might ask “Was it worth it?” My answer to that would be “Oh my god yes!”

I’ve won a Craftsmanship award for this costume along with my friends as Ciel and Sebastian. This costume was highlighted in a new feature on the website geekyuniverse.com on 2/19/12 Visit the link here if you want to check it out.