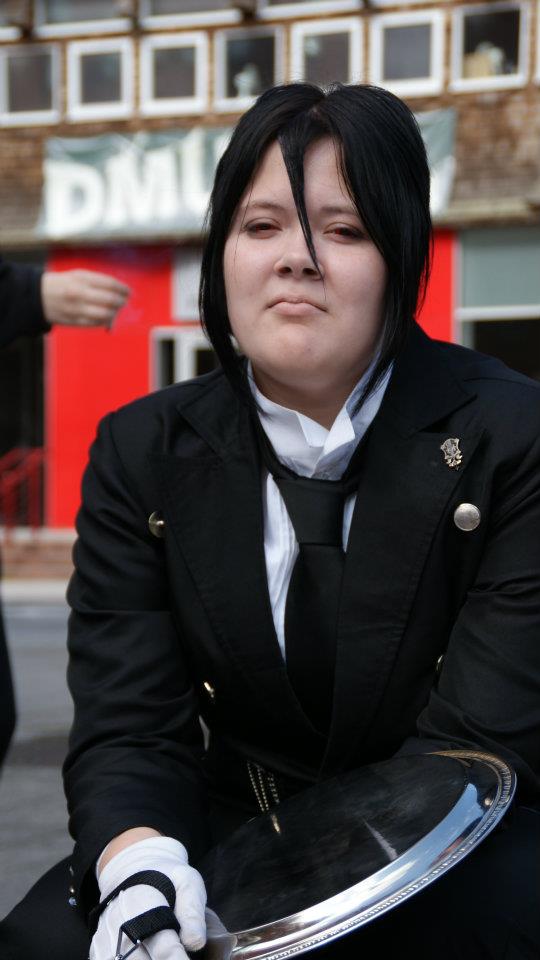 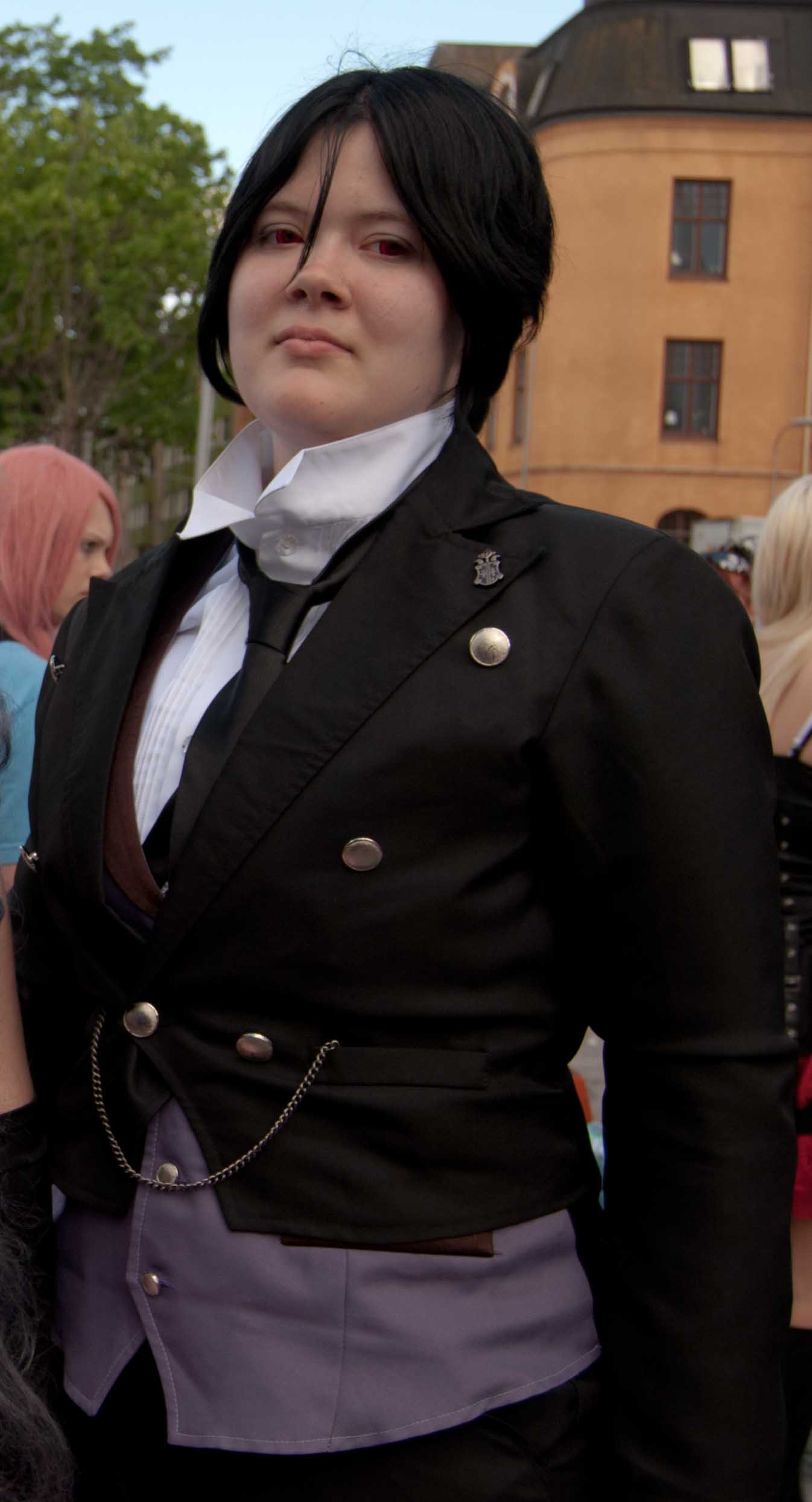 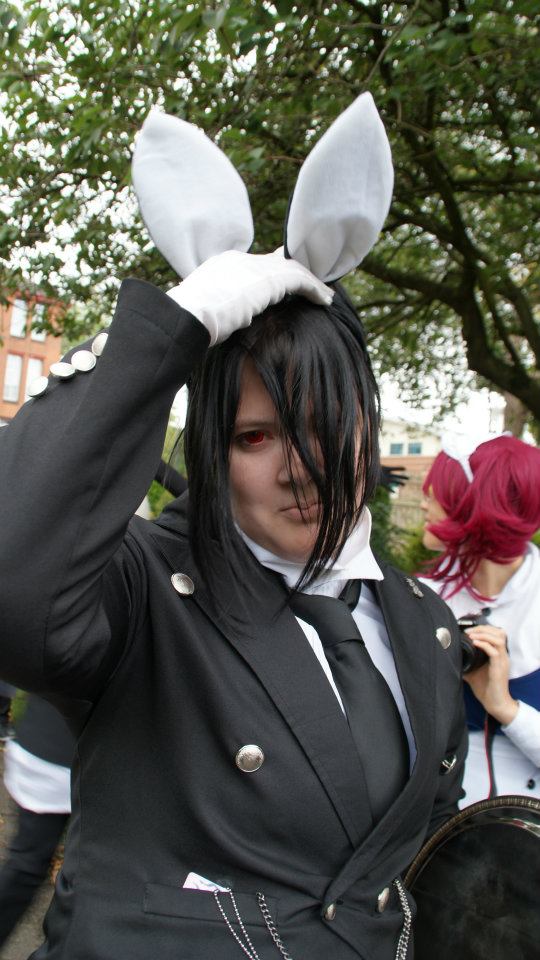 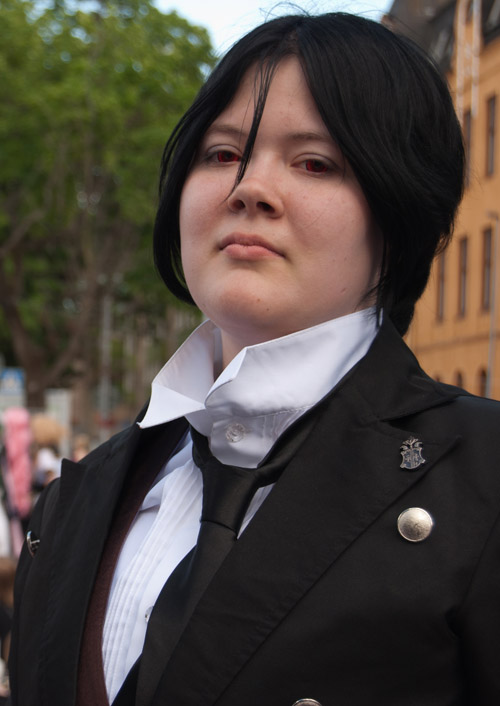 I’m a 21 years old cosplayer from Norway. Anime and manga is part of my life and will always be. Kuroshitsuji is one of my favourite manga’s. Still waiting for next chapter every month and I can’t get away from cosplaying Sebastian yet. His character is interesting and I’m not gonna lie and say I hate being him with all the Ciel’s around that I can trick and twist the orders of. Been cosplaying him on almost every con the 3 last years or so, first time was unfinished cosplay and on a small con/meetup in my hometown, sadly I didn’t have a Ciel there, So I was all alone, though Ranmao was there too, so at least not the only KuroShitsuji freak. My plan is to get this cosplay upgraded, which means making it from scratch myself. But I haven’t had the time and energy yet, as for now I am working on Demon Sebastian cosplay that will be used in September. Except this one all my cosplay have been home made, but close to the first proper con I was cosplaying Sebastian I had to admit defeat when I had more cosplays to finish and I decided a tailcoat would take up a bit too much time.
The pictures are taken on ALcon 2011 and Uppcon 2011. Where I met a lot of other Kuroshitsuji cosplayers. Both times I only cosplayed Sebastian from Kuroshitsuji as well as some from other series.