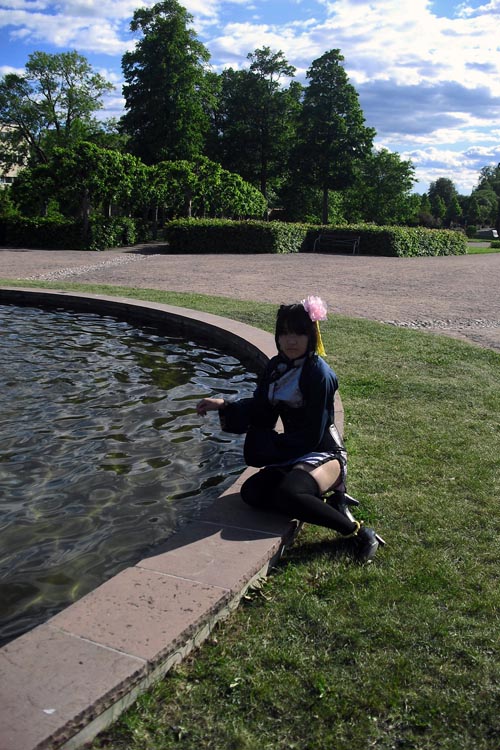 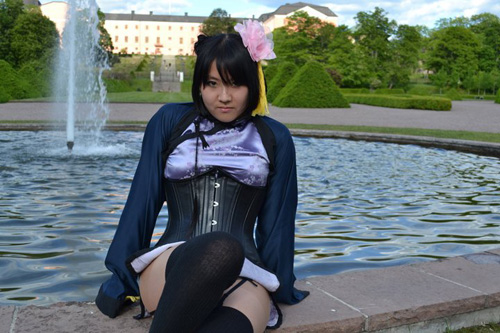 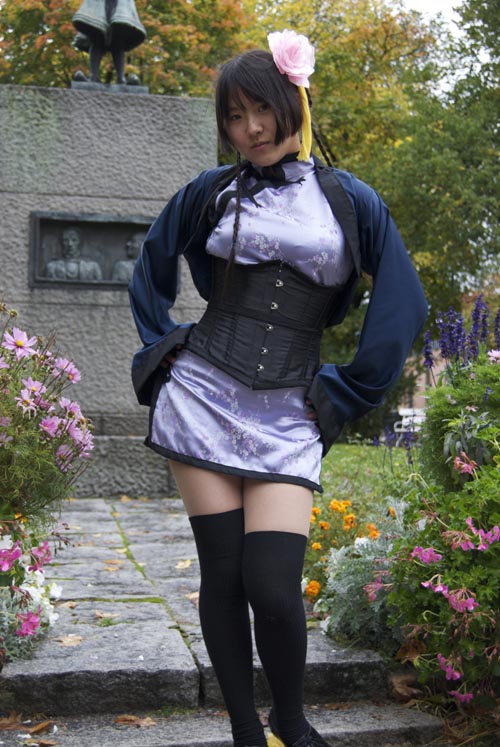 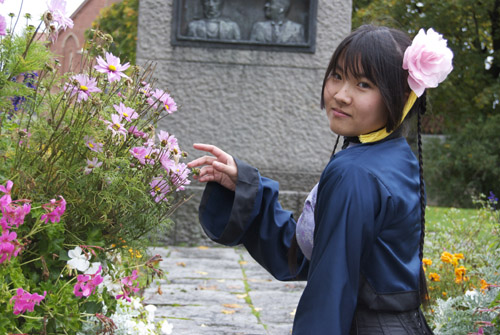 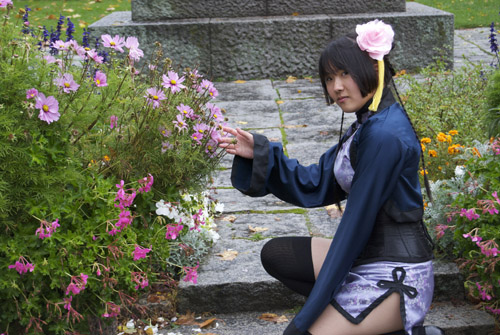 Eh, well, i’m an 19 year old anime/manga fanatic-ish cosplay girl from Norway and has been cosplaying for about 4-5 years now. My first cosplay being Kanda Yuu from D-gray Man(If I don’t remember wrong….) I mostly make all of my cosplays myself, though there have been occasions where I’ve bought cosplays to modify to fit me and adding on missing details and such, but I rarely do that. Ranmao is the one cosplay I hold real pride in because it’s the very first female I cosplayed, ever. Not to mention it was a challenge trying to figgure out how to make the dress fit right, and not be too short in the back, which I managed in some miraculous way I’m not too sure how I did at this point. xD
I suppose this is enough about me and the cosplay? Any questions and such, it’s just to ask. I really suck at coming up with things to say/write.
About the pictures:
I’ve cosplayed Ranmao at seven occasions till now and have picked out the five best shots that I have available at this point. the first two pictures were taken at Uppcon in Sweden, 2011. We gathered up some Kuroshitsuji cosplayers and had a joint photoshoot in one of the larger parks in the city. The last three pictures(with the flowers) was from a cosplay meet in Halden, Norway, in september 2010(It’s quite a while ago I know) and the cosplay wasn’t entirely finished at that point. I was still missing the ankle bracelets and the yellow parts on the sleeves, but I concidered it to be finished enough to wear at the little cosplay meet since it was a very casual thing with most of the people coming not really cosplaying either. It was a bit dissapointing not to have a Lau there with me at both occasions, but there was a Sebastian without a Ciel there too so it wasn’t too bad xP I just recently remade the dress since my chest has grown a bit and the old one didn’t fit me anymore, but haven’t gotten a decent enough picture of myself in it yet, which is a real shame; the new dress being a great improvement from the old one.
You can easily find me on facebook under my name(and I’m pretty sure there’s only one with my name in the whole of Norway, so really, it shouldn’t be hard to find the right one), and the link above is my deviantart account. Feel free to browse through it, and I’d like to make a note that most of my stuff have been stowed into the scrapbook section ;3
Well then, I’ll just take a bow, and leave you guys to do your thing. I hope I made an ok impression, and best of luck to all the contenders :3
Sincerely
Menglei aka Raiga
——————————————————————————————————————————————————————
This post is submitted by Menglei Chen, entered in the Black Butler Cosplay Contest hosted by Miccostumes.com.
Winners and Prizes of the Contest:
One winner will be chosen out from every 15 contestants.