Social Networks: You can find me on Facebook as Gureru Hotness Satokurifu. 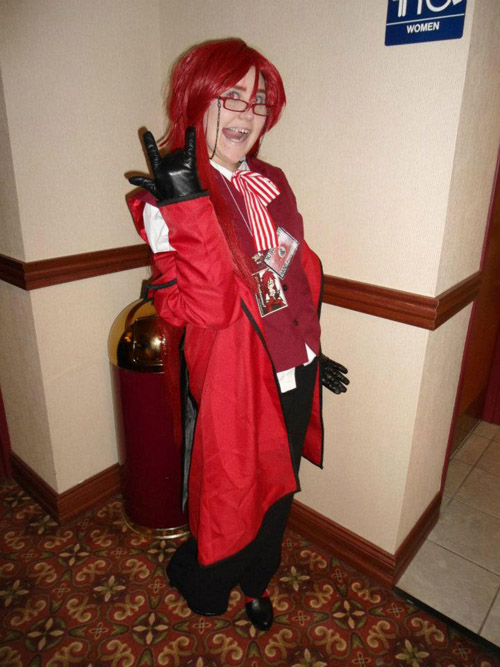 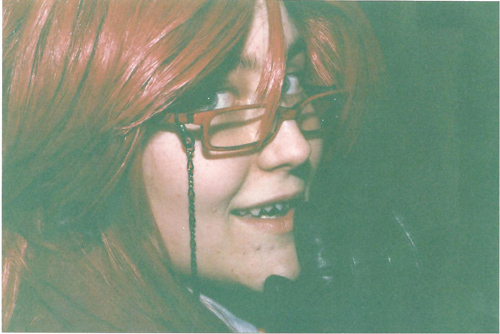 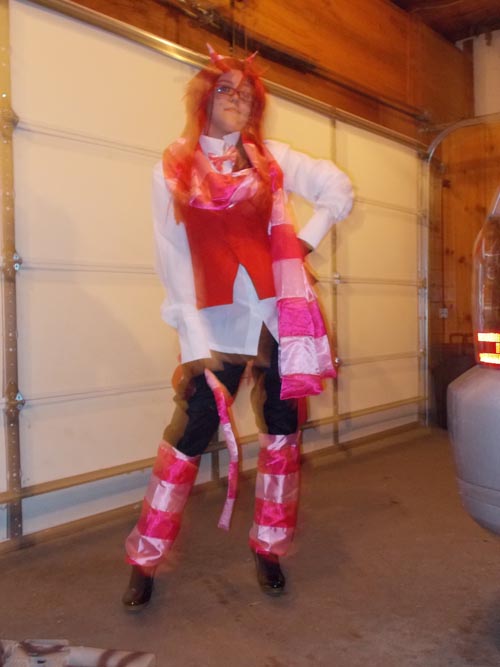 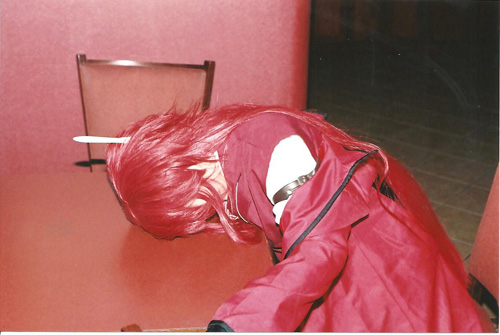 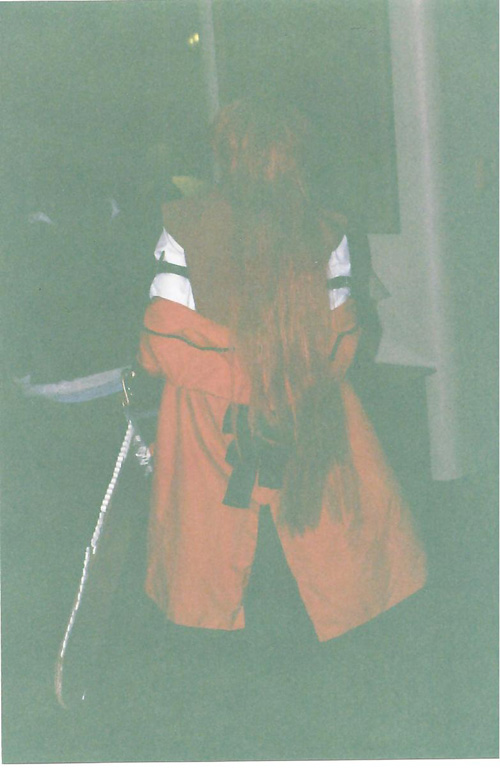 All of these photos were taken this past Spring.  The first two pictures were taken at NoBrandCon in Eau Claire, Wisconsin, United States. The third and fourth pictures were taken by my mom at our home and the fifth is from NoBrandCon. My “deathscythe” was actually my very first cosplay prop. (Not sure if you can actually see it, though.) The chainsaw is made out of a shoebox, curtain rod and ends, gorilla tape, crazy glue, cardstock, a fly-rod box, and foam coolers.
First, second, and last pictures are “normal red” Grell, and the third and fourth photos are Cheshire Cat Grell from Ciel in Wonderland.
I started ‘officially’ watching Kuroshitsuji, in January of this year. And decided to try out a few different attitudes. Grell Sutcliffe,.. Well, his outlook on life, his personality, they kind of got stuck to me somehow.  At least three times a day, I find myself wiggling my rear end like Grell, or I’ll do something that reminds me alot of him.
I chose to cosplay Grell Sutcliffe because not only is he flamboyant, he reminds myself of me a few years ago.  Completely useless at everything. Nobody liked me. Like Grell in the fist few episodes, I wanted to die. I enjoy cosplaying as Grell because I can actually be myself. Again, just like Grell, RED is my favorite color. I’m going to quote Grell on this. “Red is such a pretty color. It’s perfect for hair, for clothes, for lipstick.”  Cosplaying Grell for the first time, is like trying on a really demented looking hat, in front of someone. In order for me to perfect my “Grell voice,” I actually had to get sick, with Laryngitis, on the four hour ride to the convention.  The whole time at NoBrandCon, I could not talk. Whenever I tried to talk, it sounded like someone let a mouse free in the halls. It took me about two weeks to actually get my voice back, and when I did, I was very surprised to hear that when I get excited, I sound JUST like Grell.
Grell Sutcliffe is the only person I will cosplay from now on.
——————————————————————————————————————————————————————
This post is submitted by Mary Garvaglia, entered in the Black Butler Cosplay Contest hosted by Miccostumes.com.
Winners and Prizes of the Contest:
One winner will be chosen out from every 15 contestants.