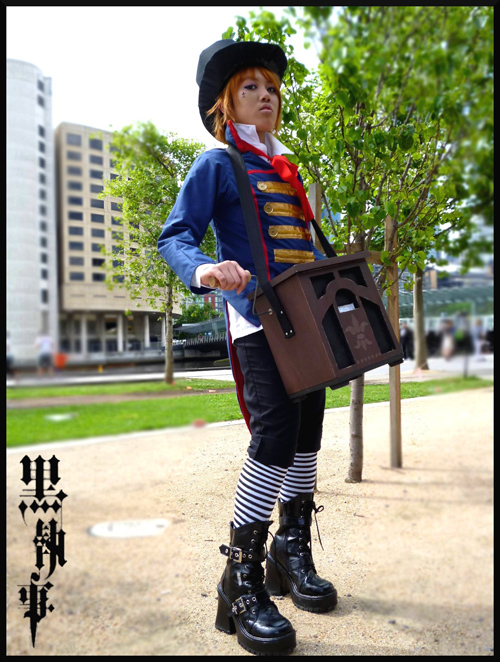 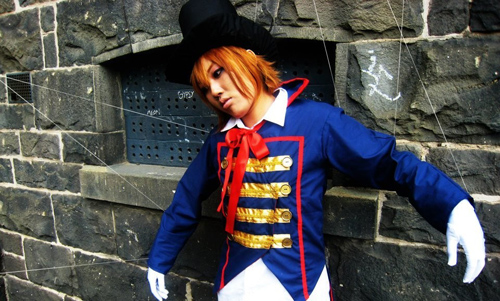 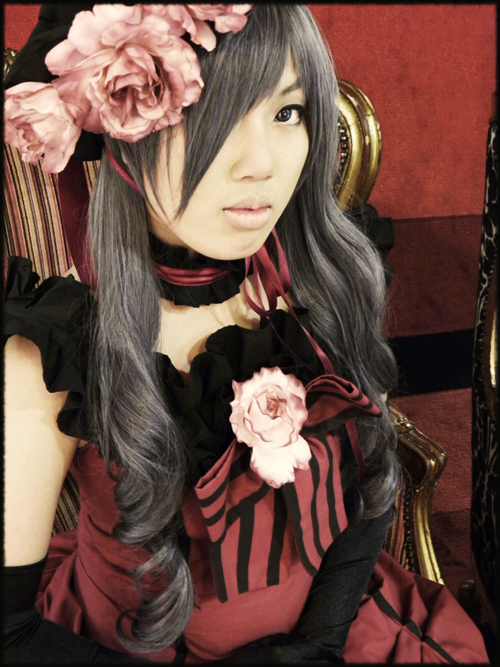 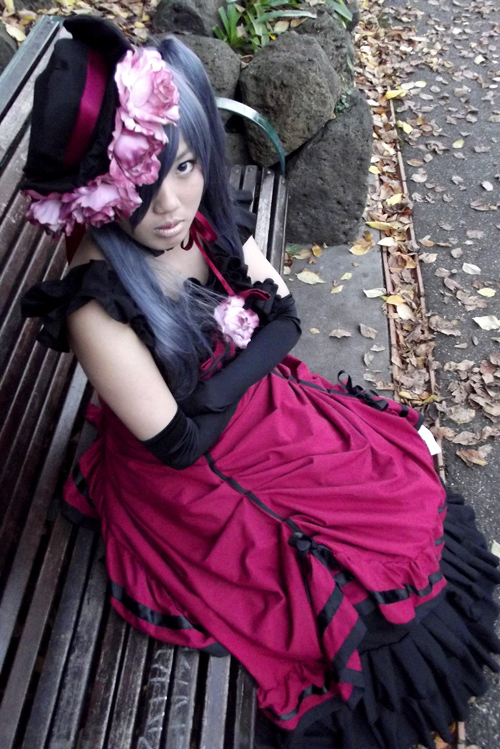 Hi, the name’s Rai and I am your typical high school student who lacks funds for cosplay yet still does it. I have been cosplaying for about two and a half years now and make all of my costumes. I usually don’t enter contests but I have received a lot of positive feedback on these particular photos and thought, “Hey why not?”. Kuroshitsuji is one of a few favourite series in my list and I hope I have been able to represent the characters well. Thank you for taking your time to view my work! <3

My Drocell Cainz cosplay first made its debut at Armageddon Melbourne 2011, with a small Kuroshitsuji group (Sadly, only four members including myself). It was also featured as a final piece as a part of my folio for Studio Arts and is one of the costumes that I really enjoyed making as well as cosplaying. I think that this has definitely got to be the most colourful cosplay I own, as for the most part I choose characters with darker themed clothes and I can definitely say this is one of the more challenging cosplays that I’ve done so far. The tailcoat, tophat and music box are all handmade, with the music box even being able to play music…but only when I have my iPod dock inside it xP
Thank you for voting and good luck to all the contestants! <3
Little Robin & Unamused (Photo Credits: Natasha & VanillaShrimp – Respectively):
My proudest and most accomplished costume up until now has to be my Robin Ciel ballgown. Every aspect of this costume was handmade by myself (including the hoopskirt I am wearing underneath) but with the exception of the gloves which were bought. The total amount of ruffles on this dress adds up to about…60 metres + worth of fabric, which were all hand ruffled and hemmed. That was the most tedious part of this costume…ALL OF THE RUFFLES! It was my first time attempting a project as large scaled as this one, but I am more than happy with the final results. Instead of the standard pink and white version of the dress, I chose to make the maroon and black version as I found this version a lot more appealing to my tastes. Lastly, I really hope that I have been able to pull of Robin Ciel well, because I am not used to cosplaying feminine characters and rarely do so. Also seeing as we are allowed to have video inputs, you can see my dress in action here (because I don’t have many good photos of it!) —>
Thank you for voting and good luck to all the contestants! <3
——————————————————————————————————————————————————————
This post is submitted by Rai, entered in the Black Butler Cosplay Contest hosted by Miccostumes.com.
Winners and Prizes of the Contest:
One winner will be chosen out from every 15 contestants.