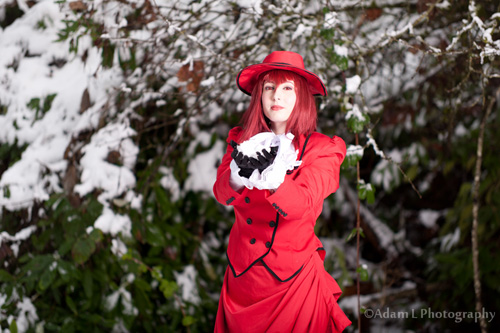 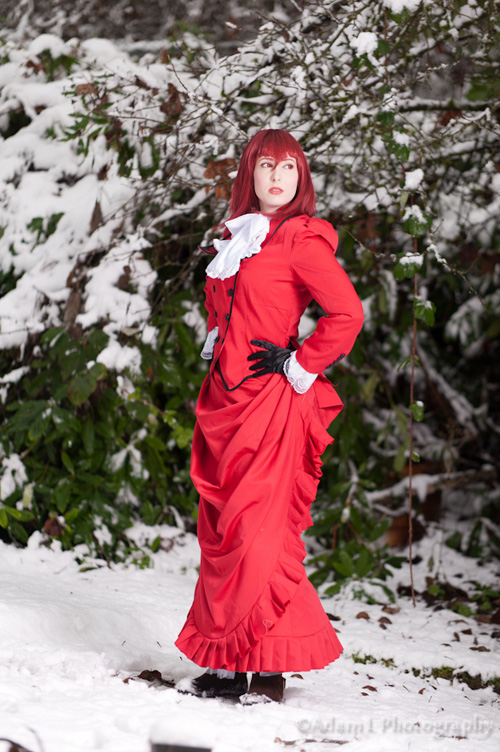 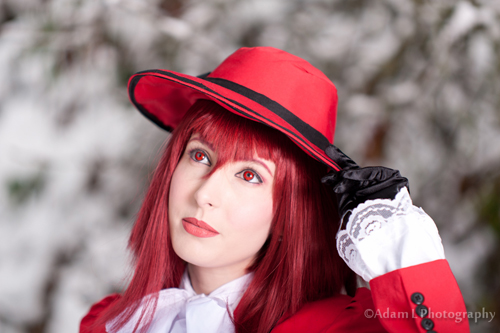 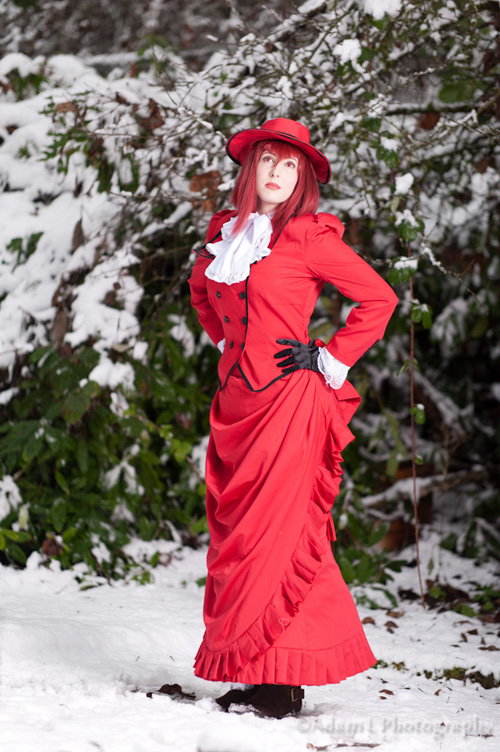 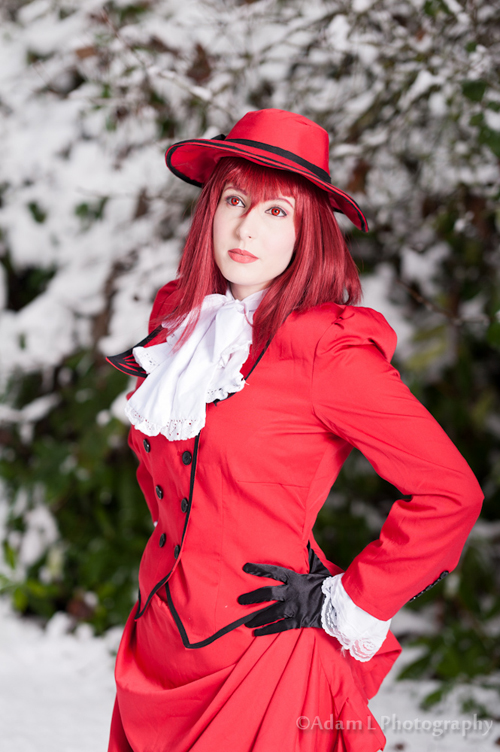 First Please excuse bad English.I am IHeartExploding,I love cosplay and believe that any and everyone should cosplay to their hearts desire because it is a hobby meant for fun.I enjoy it wholeheartedly and support all cosplayers of all shapes sizes ethnics and appearances of ant kind.I also encourage and help others out especially new cosplayers because they need compliments not hurt as some people will give others.I enjoy comic books,novels,video games,quantum physics,quantum mechanics,movies,Role playing,Acting,Arts and crafts and many more things.I was cosplaying as Madam Red in this set of photographs,These pictures were taken by my husband Adam L Photography in our back yard in January 2012.I hope that is all you guys needed 🙂

I really enjoyed this manga,Not a fan of the animated version,I prefer close to the authors canon.I also cosplay as Beast and Undertaker,Madame is my favorite however,It is why i chose to submit these photos.I love the character,Shes said to be so incredibly beautiful,But the character herself is broken and torn in ways that many of us would break just as glass as madam red did and in the end is killed by the second “man” she had come to love.I like that she shows that beauty is only skin deep,That looks are a shell and that in that beautiful shell can be a broken shattered mess on a downward spiral.Proving in the end to look within yourself.Madam Red was once beautiful on the inside as well as out,But by the end she was only beautiful outside and inside losing everything but one thing that ended up betraying her in the end,had made her cold,hardened,bitter,and broken into so many fragments like a porcelin doll knocked off a shelf.
This is why I love this character,and cosplay her.