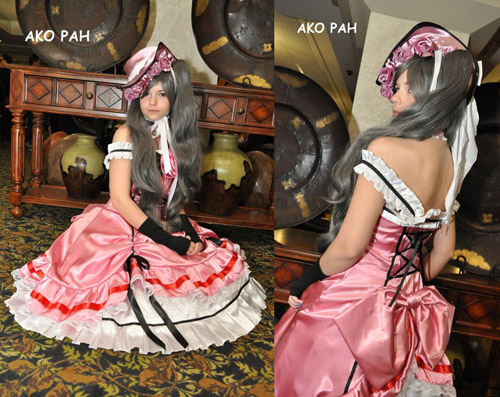 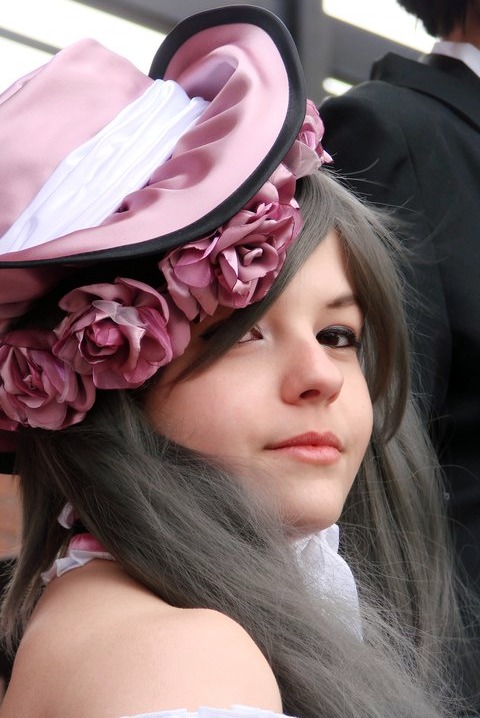 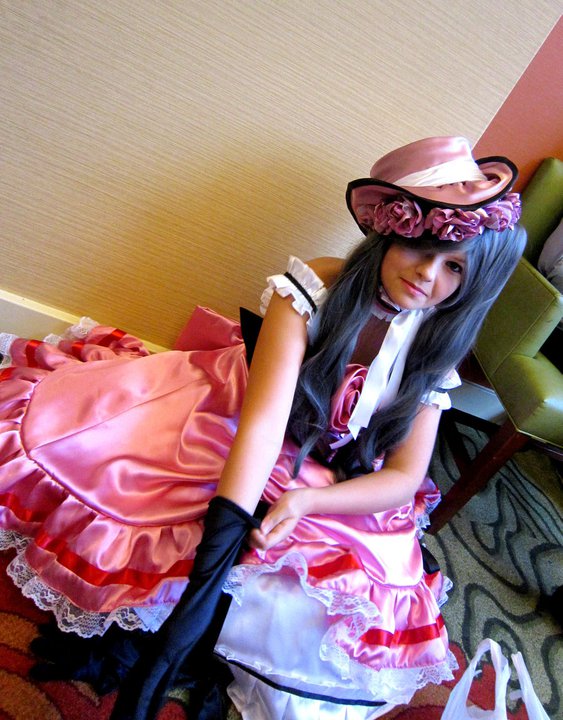 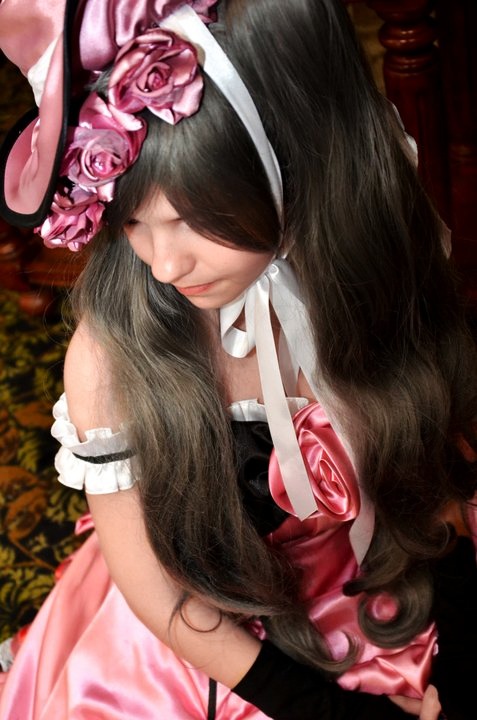 My cosplay is of Ciel Phantomhive in his infamous pink dress. The pictures attached were taken both at a photoshoot, and at Nan Desu Kan, an anime convention in Denver, Colorado.

This dress was created from scratch and comes in four pieces. The hat is in two pieces (the rose wreath and hat), the petticoat, and dress. The dress itself has three layers, accurate to the anime. The hat took about three weeks to be completed, the roses and brim wires proving to be most difficult. All in all, the cosplay took about three months to complete and still remains one of my most favorite cosplays to this day! 🙂