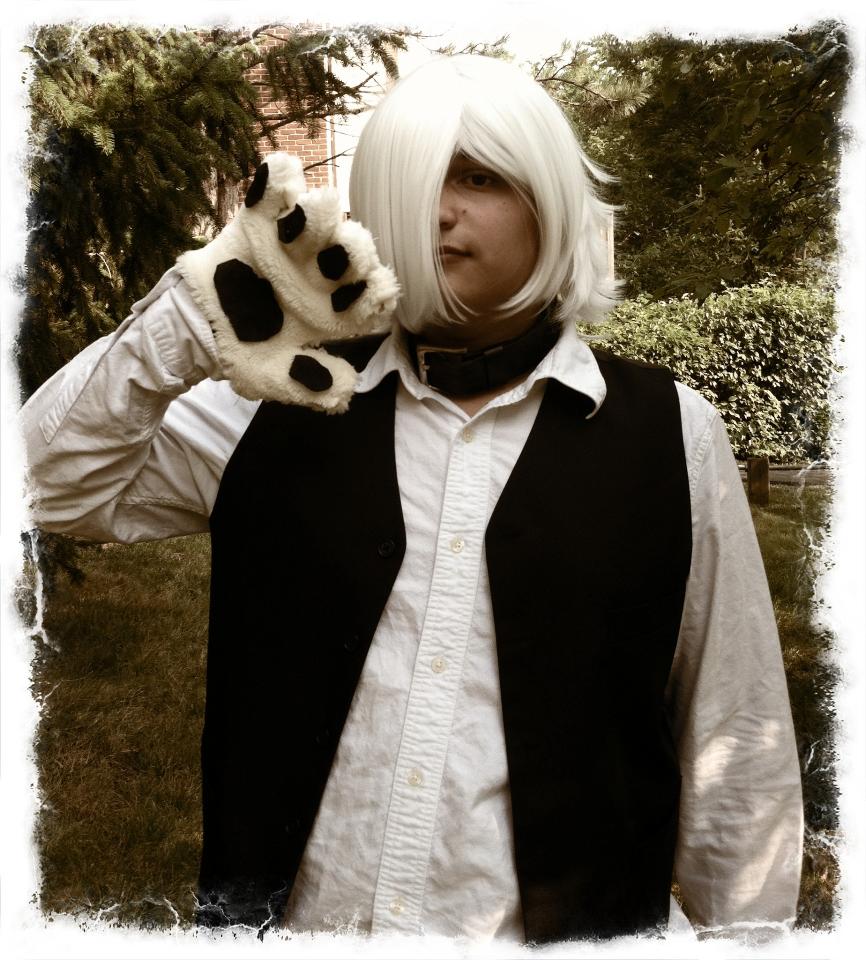 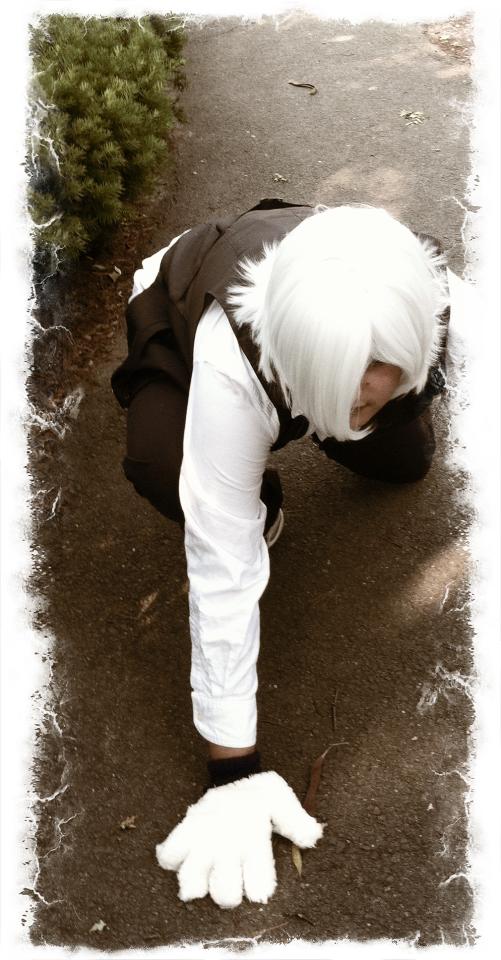 Hello, I am cosplaying Pluto or Plu-Plu from Kuroshitsuji. This was taken by one of my close friends in my cosplay group, and it was really well done when she finished editing it, I have to thank her again for doing a great job. I know Pluto doesn’t have that much hair covering his eye, but I wanted it to look more menacing so I tried covering my eye and the paw was just an extra thing I made a couple days before so I thought why not add it in because Pluto is in fact a demon dog.  Along with trying to make it look more menacing I tried to make it look like I was about to pounce (in the second one), like in the anime, but it didn’t really turn out that way so my friend and I made it look like I was transforming into the giant demon dog.  Anyway I hope you all like it! 🙂

6.) With the cosplay group that I am in, we actually have a few kuroshitsuji cosplays in the making so I thought if I entered then it would help us finish some of them (plus I’ve entered a contest hosted by miccostumes before and wanted to enter another one, its fun! 🙂 ) and then we can get to filming because we have a lot of kuroshitsuji skits planed (along with other anime/ manga series) Plus Kuroshisuji is a really cool series and I had pluto in the 99% range of completion and when I saw this contest I wanted to enter it to see what other people thought and I really like seeing other peoples Kuroshitsuji cosplays! 🙂