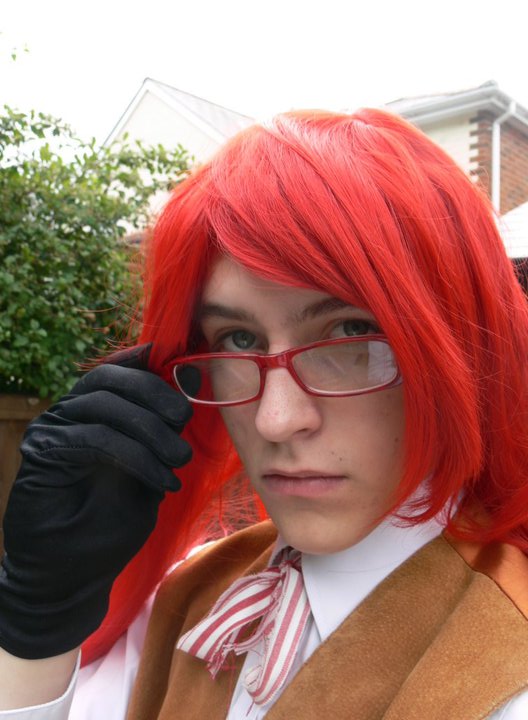 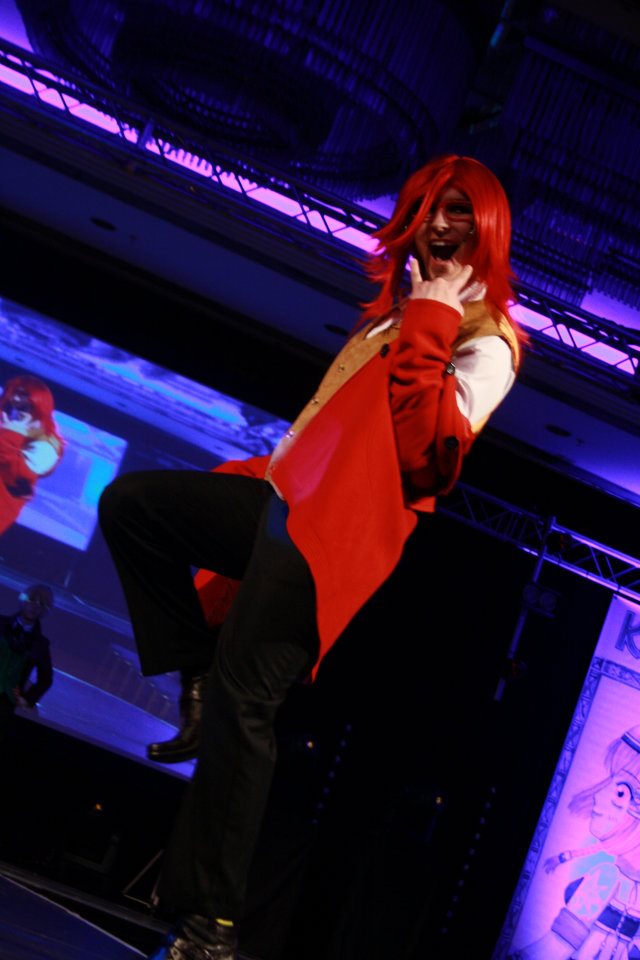 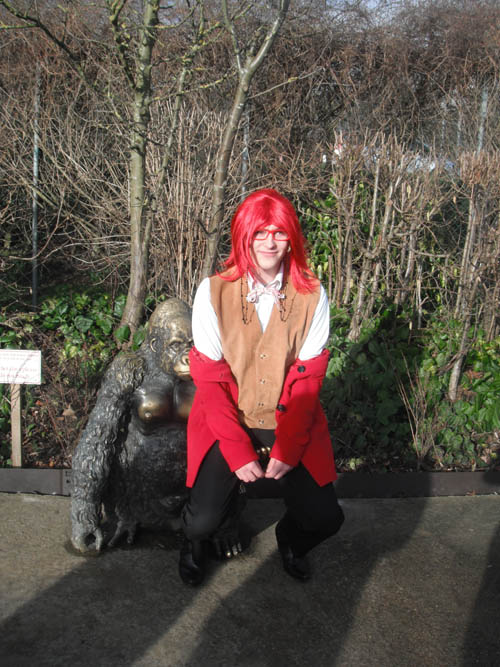 Hi I’m Jake, my cosplay name is themanofmanyfaces 🙂 I have been cosplaying for…. 4 years now? and love doing it!
I have a cosplay list of more than 20 costumes! (Both worn and retired) all of which BUT 3 I made myself
As you may have guessed, i cosplay Grell Sutcliffe.
I LOVE cosplaying Grell as he/she is so insane and free! (A bit like me ;)]
The first picture is the first ever picture taken of my grell 🙂
The second was at the KitaCon IV Masquearde
And the third is at Colchester Zoo for a day out 😉
Everyone has told me they love my grell cosplay which makes me VERY happy as i feel personally close to the character.
My grell made his debut at the first Colchester Zoo day out in January 2011! Someone told me to do it, and i fell in love!
Every now-and-again i do some modifications to perfect him, but everyone says its fine the way it is
I hope you guys like my Grell Cosplay!
:3     ~<3~
——————————————————————————————————————————————————————
This post is submitted by Jake Dadds (Cosplay alias Themanofmanyfaces), entered in the Black Butler Cosplay Contest hosted by Miccostumes.com.
Winners and Prizes of the Contest:
One winner will be chosen out from every 15 contestants.