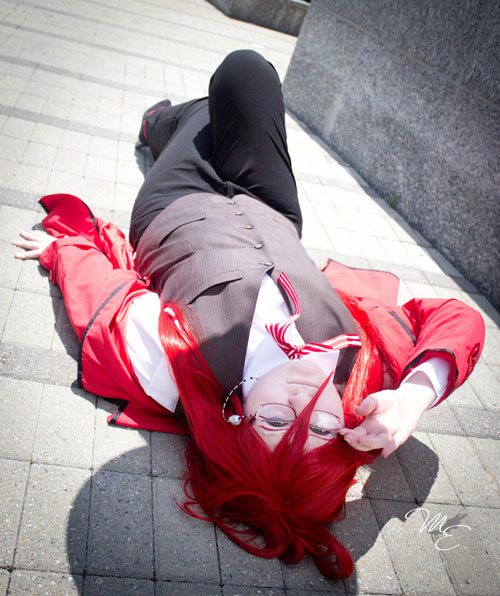 I’ve been cosplaying since 2005. I got into Kuroshitsuji in late 2010. I fell in love with Grell and wanted to cosplay him for the longest. I put this cosplay together. Cut and styled the wig myself and made the glasses chain myself. He’s one of my favorite characters to cosplay~ This photo was taken by Midday Enchantments Photography at Animazement 2012.

Grell isn’t the only character from Kuroshitsuji I cosplay. I also have designed a lolita dress from scratch for Ciel I’m very proud of. I cosplay William T. Spears and Claude Faustus. Grell is my second favorite to cosplay, Ciel being my first. I just love Grell’s personality and glomp every Sebastian I see when I’m him~