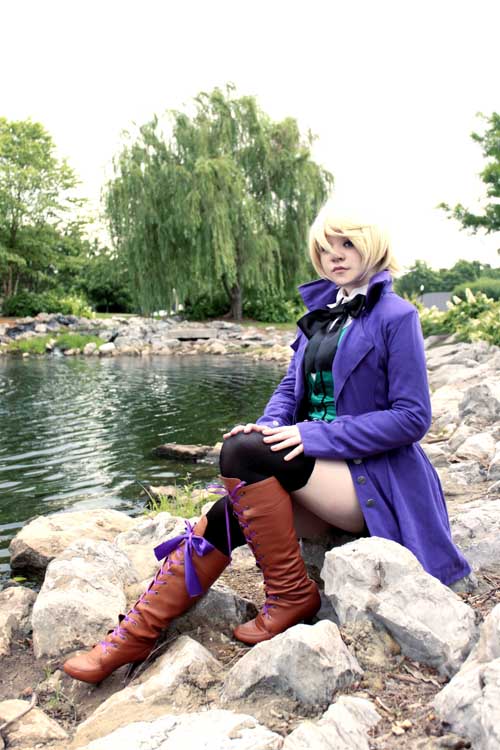 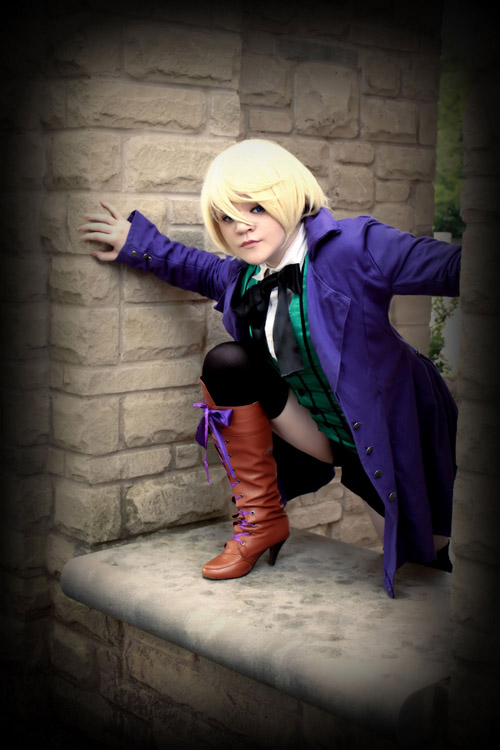 Intro: Hello, hello. I am Sam. I am a 20 year old college student, aspiring costume designer, scenic painter and avid cosplayer.
My favorite Kuroshitsuji character, and cosplay, is Alois Trancy from Kuroshitsuji, season 2.
When I first watched season II of Kuroshitsuji, I knew instantly that I had to be Alois. I think he is such an interesting and multilevel character in both personality and design, so I wanted to take a shot at bringing him to life.
So this is myself as Alois Trancy.  I originally made and wore this cosplay for a local convention in 2011, then updated and brough it back for the same con in 2012.
My photos were taken at a local library a couple of weeks after his debut in April of 2011.

Extra: I really love cosplaying with friends and family more so than going solo. So for a convention this past April, myself, my brother and some good friends orchestrated a huge group with nearly the entire cast from Seasons I and II, as well as a couple of manga characters from Kuroshitsuji to do a panel and an adult panel. Plus we just loved running around together, so I included a video of myself as Alois, our Lizzy and our Ciel at the Ball held at the convention. : ]