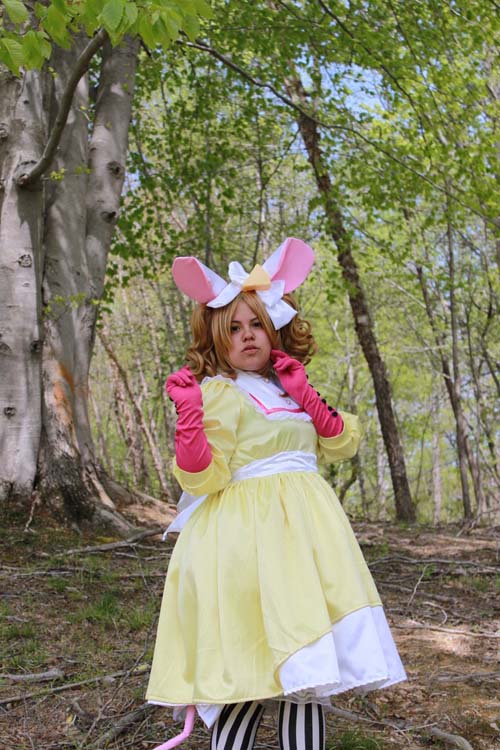 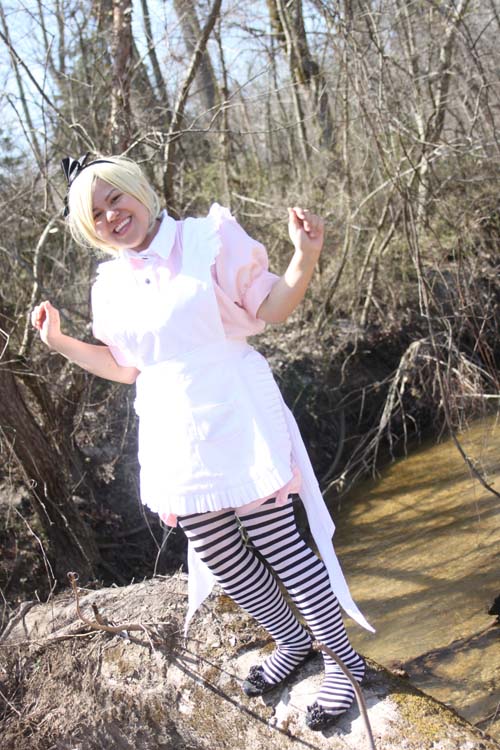 Made for Katsucon 2011 pic taken in backyard

Lizzy is my absolute favorite character out of the entire series. I love this cosplay that my mom made for me the only downside is that I get overheats fast!!!  The fabric that we used to make this dress is very heavy so it has a built in petti coat but, that wasn’t enough.  So I have an additional petti coat skirt under everything.  With the gloves, stockings, shorts, and petti coats this dress is perfect for the winter not so good for the summer.

Alois is a character I really could care less about but I wanted to cosplay another outfit of Wonderland. I always saw pictures of Ciel in wonderland but not of Alois (and I also found a great deal on pink fabric). I quickly made the outfit and told my sister to let’s do a photo shoot. Overall I was pleased with the outcome! I just need to make some few corrections to the outfit for the next appearance.

Kuroshitsuji allows me to better my skill. I love the art concept with all the Victorian outfits. I’m currently working on two more lizzy outfits that have a lot of ruffles and draping and I have 6 additional outfits planned from the series. Every time I try to go to a different manga Kuroshitsuji comes out with a new chapter with brand new outfits and filling up my cosplay plans for 2012/2013.