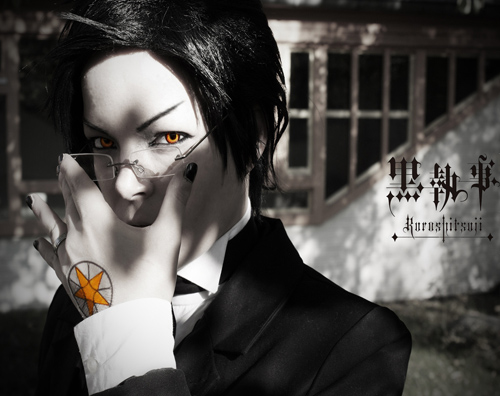 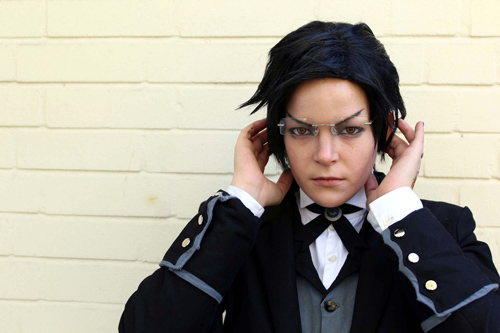 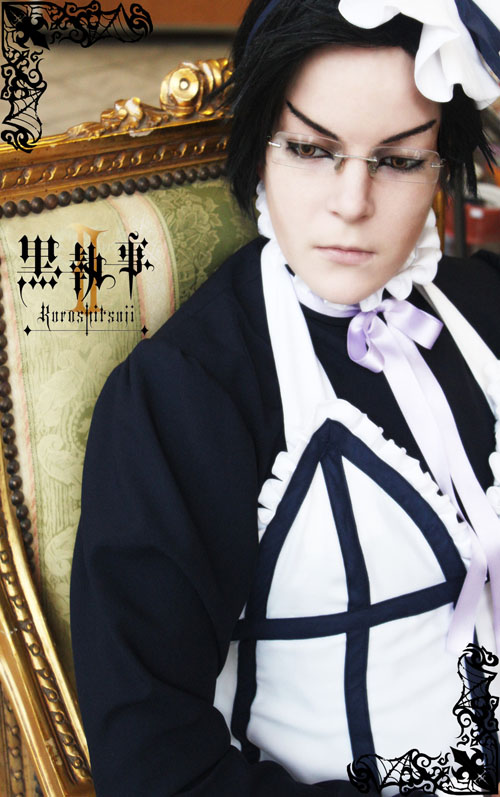 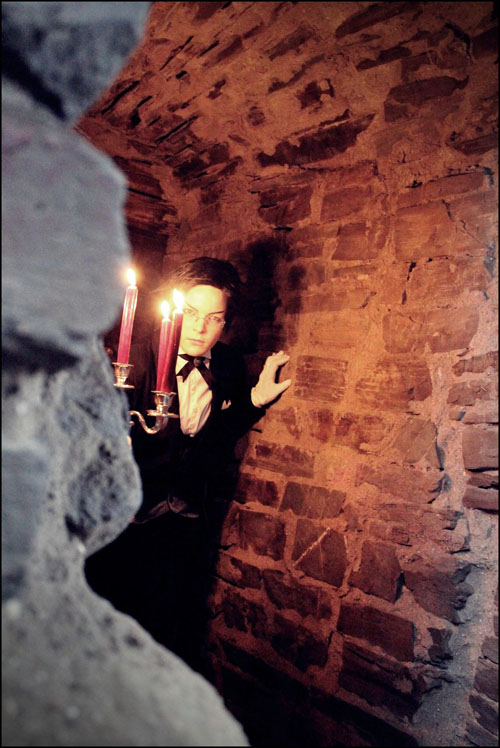 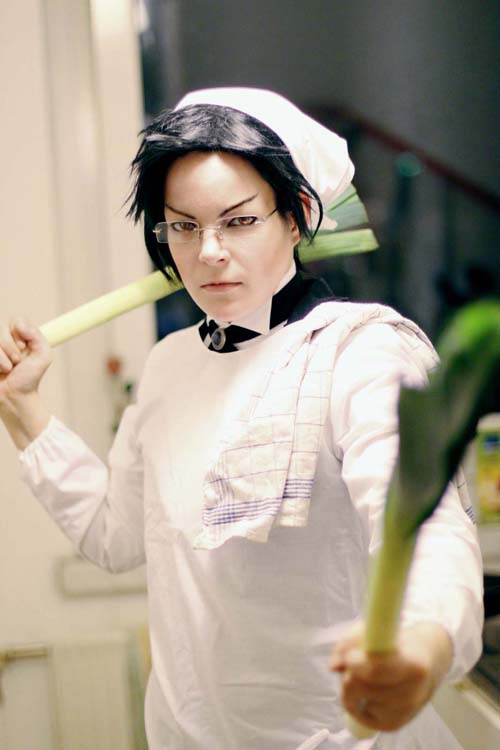 Well, I’m Mura.
23 years old, from germany.
And here’s Claude Faustus from season two, the tapdancing spider(man)demon.
I’d like to cosplay other characters from Black Butler in future too, but since I saw Claude, I thought he must be the first. If he was the manifestation of a sin, he would be envy or greed, I guess. It’s a passion, too, to do fanart versions or most likely crack with him. How exhausting it is sometimes to remain stoic when cosplaying him, before he got Ciels blood for a taste, of course. He’s a creeper and he’s the troll of the whole second season.

Cosplay in general is a great hobby that combines so much ways to work out the way you do it. There’s something offered for everyone, sewing, woodworking, styling, just to name a few. It’s refreshing to be another person just for a while and it’s wonderful to know ‘you created something’. That’s why I love it so much.
I’ve been doing it ‘seriously’ since 2006 and I did Claude finally  2011.  Personally I think Claude is one of the most accurate costumes of mine and since I’m cosplaying him, I finally seem to get the hang of a proper makeup or more likely, what you’re able to do with it. Guess I have to say thanks to Toboso-san <3.
Some of the pictures were done at conventions, some while we did shootings.